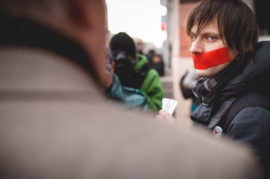 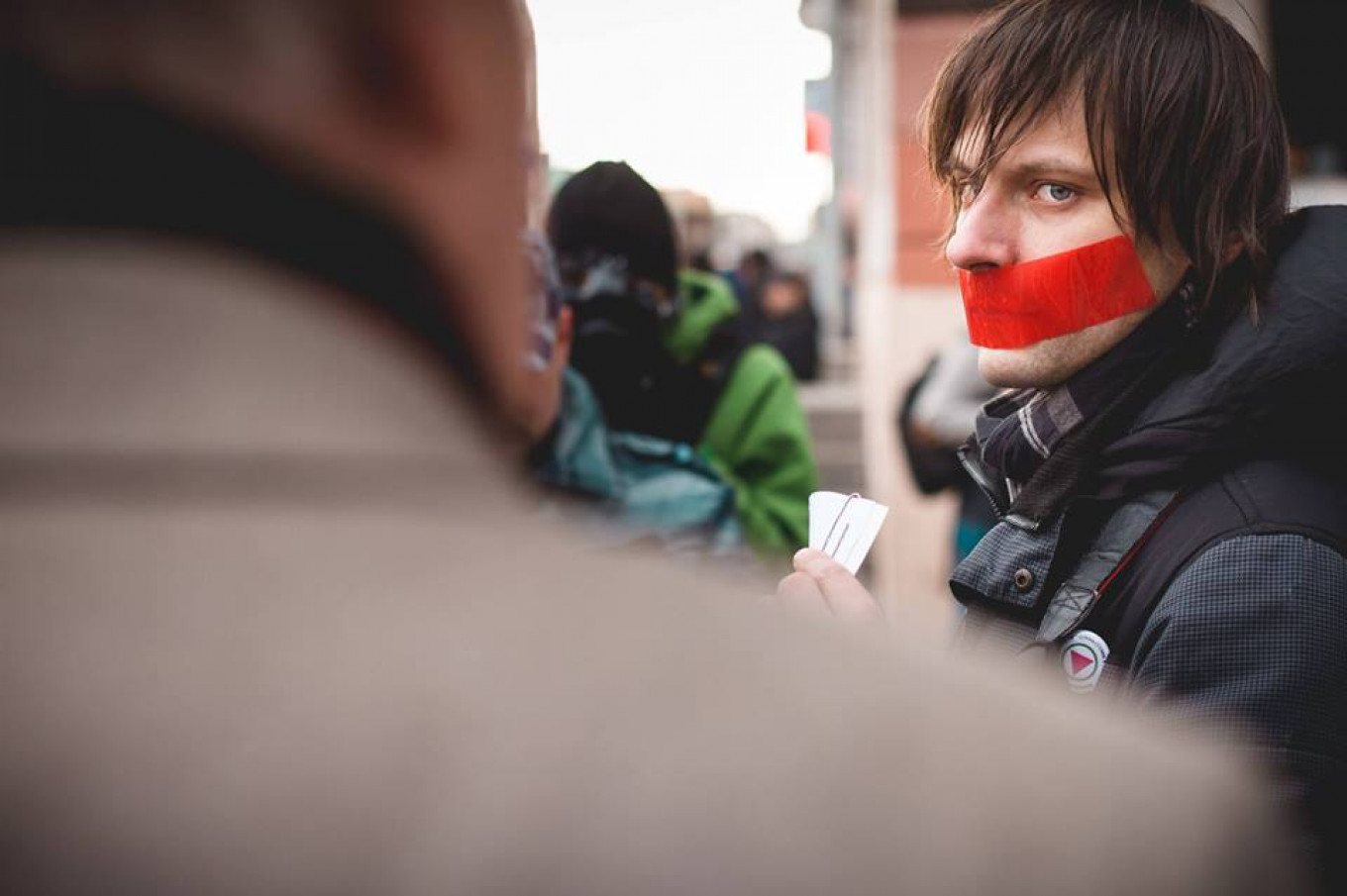 Russian police detained 11 LGBT activists on Wednesday at a Silence Day protest in the city of St. Petersburg.

The yearly event meant to raise people’s awareness of LGBT problems in the country gathered around 50 people who sealed their mouths with red tape and marched through the city’s streets. Russia passed a law in 2013 banning the spreading of “gay propaganda.”

Some of the activists held posters drawing attention to the problems of LGBT people in Chechnya, where human rights activists reported multiple violations including torture and killings of gay men. Chechen authorities deny these accusations.