Culture | A Smithsonian Historian Wanders the “Bardo,” Exploring the Spiritual World of the 19th Century
RssMail

A Smithsonian Historian Wanders the “Bardo,” Exploring the Spiritual World of the 19th Century 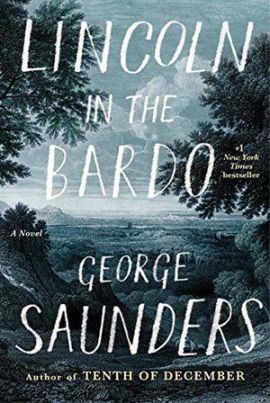 As his second term began, Abraham Lincoln thought he might not survive it. He was worn out and felt that he might die of exhaustion. Or even be assassinated. Three days before his fatal visit to Ford’s Theater on April 14, 1865, he had a strange and troubling dream in which he imagined walking through a White House, empty but echoing with sobs and lamentations.

He finally came to a room with a body laid out on a catafalque, crowded with mourners, weeping. He asked a guard: “Who is dead?”

“The President, he was killed by an assassin,” came the reply. The dream troubled and annoyed Lincoln, according to his bodyguard Ward Lamon, who recorded the story.

It was not unusual for Lincoln to be visited by otherworldly haunts. He had a melancholic temperament—today, he would probably be diagnosed as depressive. Coupled with the President’s quirky individuality, he was also susceptible to signs and portents as he sought to divine the ways of the world and the activity of mankind.

The story resonates because, of course, Lincoln was assassinated as the prophetic dream predicted. An equally frightening portent of the 16th president’s violent end is a portrait by Alexander Gardner, known as the cracked-plate, housed in the collections of the Smithsonian’s National Portrait Gallery in Washington, D.C.

Taken on February 5, 1865, it is one of the most important and evocative photographs in American history. At some point, possibly by accident when the glass-plate negative was heated to receive a coat of varnish, a crack appeared in the upper half of the plate. Gardner pulled a single print and then discarded the plate, so only one such portrait exists. The crack seems to trace the path of Wilkes’ bullet. Some saw it is a symbol of the Union reunited through Lincoln’s own body. The photograph of the ghostly figure of the martyred president, blurry and out of focus, seems to speak to an era when death was omnipresent even in normal times, let alone during a bloody Civil War.

Lincoln in the Bardo: A Novel

The long-awaited first novel from the author of Tenth of December: a moving and original father-son story featuring none other than Abraham Lincoln, as well as an unforgettable cast of supporting characters, living and dead, historical and invented.

For 19th-century Americans, the prospect of communicating with the spirit world, of regaining contact with lost loved ones, especially children, was tantalizing. An exciting new “novel” by George Saunders, Lincoln in the Bardo, not only breaks new literary ground (it’s not exactly clear that it is a novel or even what it is—thus the quotes) but raises again fascinating questions about Lincoln’s deep interest in the supernatural and the spirit world.

In the devoutly religious society of 19th-century America, Lincoln was nearly singular in being spiritual and religious without belonging to any church or regularly attending religious service. His relationship with the Almighty was his alone, a relationship that could have resulted in monstrous egoism if it hadn’t been for his very humble, even abject, admission of the impossibility of ever understanding God’s plan.

Lincoln, the dreamy lad who grew up preferring reading to doing chores and was whipped by his detested father for his pains, was always susceptible to introspection and self-analysis, preternaturally sensitive to both the visible and the invisible world.

America was a hard headed, empirically driven society concerned with “getting ahead.” Yet the country’s mostly devout Protestantism also contributed to an obsession about questions of salvation and the after-life. What did happen after death? Where did the spirit go? The logistics of “passing over” were constantly under discussion.

Saunders shows us that sometimes the most interesting history isn’t always being written by historians but by anyone who imaginatively re-engages us with the past. I would argue that Lincoln in the Bardo is, if not quite a play, more a piece of theatrical art, proceeding by dramatic monologues and conversations among and between the living and the dead. (It is especially effective as an audio book in which the myriad of characters are read by a myriad of renowned actors.)

In terms of historical “novels” it breaks new ground precisely because it doesn’t attempt to represent a chronology or replicate the physical world, but because it imagines the past through the consciousness of its characters; like a play by Beckett, there is very little scenery in Lincoln in the Bardo. It opens with a monologue (attributed to one “Hans Vollman”) about his marriage and then his death (struck in the head by a falling beam) so the reader is aware that Vollman is speaking from beyond the grave. And then the narrative breaks down as Vollman and his listeners’ realize there is a young boy in their midst.

It is Willie Lincoln, the president’s son who died in February 1862.

Willie’s death devastated both his parents; Mary shut herself in her bedroom and Lincoln, with a war to run, took to visiting Willie’s temporary resting place in a plot in Oak Hill Cemetery in Georgetown.

The practice of mourning in the 19th century was far different than it is today. As historian Drew Gilpin Faust records in her 2008 book This Republic of Suffering, the war caused a seismic shift in everything from handling the bodies of the dead to religious practice to cultural attitudes. Painters and early photographers did business by making images of the recently deceased as keepsakes and momentoes for grieving families. Although photography marketed itself as a “scientific” process, its early practitioners wondered if it might also depict what wasn’t visible to the naked eye—another world of ghosts, fairies and spirits? Could photography cross over, the public wondered, to the other side and bring back the world of those who lived there? And photographer Charles Dudwell (better known as author Lewis Carroll) experimented with the camera to produce supposed evidence of the afterlife. Seances were a feature of the 19th century as people tried to divine the presence of their loved ones. In the late 19th century, there was a mania for “spirit rapping” in which coded messages of the afterlife would be translated by a medium.

The literary premise of George Saunders’ novel is that the spirit world did exist and that it wasn’t impossible for the living to visit it, or at least be aware of it. Saunders’ title prompts two questions: which Lincoln and what does “bardo” mean?

“Bardo” is a Buddhist term for a state between death and before the spirit is reincarnated; consciousness is present and on-going (time doesn’t stop with death for the dead) but the corporeal presence ends. As to the first question, it is not ever specified which Lincoln is meant and as Saunders’ describes Willie’s death and Abraham Lincoln’s mourning, the state of in-between becomes apt for both son and father.

The minimalist plot of Lincoln in the Bardo hinges on visits the president makes to Willie’s gravesite and is observed by the ghosts of the spirit world inhabiting the cemetery. It is the dialogue of the deceased that gives Lincoln in the Bardo its theatrical power. Against the imagined worlds of the dead, historical time is indicated by Saunders through the device of interspersed chapters that contain excerpts from contemporaries and observers or commentators (including later historians) on events; none of Lincoln’s testimony is used.

As the drama opens, it is noticed by the spirits that Willie is in an attitude of expectant anticipation, waiting. For what?  They inquire. He answers: “My mother, I said. My father. They will come shortly. To collect me.”

The spirits laugh and they take Willie on a tour of the environs—in which he meets the cast of the Bardo including “Elise Traynor” who speaks of sex: “Younge Mr Bristol desired me, younge Mr Fellowes and Mr Delway desired me. . .” – and seems reconciled to his fate of permanently crossing over when something unexpected happens.

Lincoln arrives at the tomb: “Father, he said” and he runs to Lincoln expecting to be swept up in his father’s arms which, of course, cannot happen: “The boy instead passing through the man, as the man continued to walk toward the white stone home, sobbing.” Lincoln removes the body of Willie from the coffin, holds it, and then the spirit of Willie, frustrated at not being recognized, moves back to inhabit the body and “the man began sobbing anew, as if he could feel the altered condition of that which he held.” (While Lincoln did actually visit the tomb there is no evidence that he ever opened the casket and held his son’s body as Saunders re-imagines.)

And then Lincoln speaks to Willie to comfort himself, gaining strength from his frailty and sense of loss: “A bit of secret weakness, that shores me up; in shoring me up, it makes it more likely that I shall do my duty in other matters. . .”  The spirit world is transfixed by this communion and comes alive with the possibility that they too could be touched, and return to the world in some fashion.

Saunders has a few historical points to make. Lincoln’s grief inoculated him against the larger grief caused by the War and all its casualties. It bolstered Lincoln to do his duty through the very process of mourning his own boy. A larger resonance is suggested as well.

Lincoln’s commitment to such a great sacrifice meant that the war could not just be about politics or the Union but must have a larger purpose— “the new birth of freedom” that he would proclaim in the Gettysburg Address. Saunders also suggests that Lincoln’s suffering made him more sympathetic to African-Americans, who of course are not interred in the main cemetery but in a less desirable area. Lincoln’s encounter with the African-American spirits in Saunders’ novel makes him recognize their humanity and contributes to his commitment for emancipation.

A wider political allegory is also made as the African-American spirits come alive. Freedom for the slaves and civil equality for all African-Americans, would make them visible and co-equal to white Americans. Emancipation ended the “social death” of the slave’s status, their “non-personhood.” Civil rights legislation would end discrimination and prejudice as well, completing the task begun by Emancipation. At least that was what Lincoln was hoping at the end of the War and at the moment of his death.

But these historical points are really secondary to Saunders’ commitment to exploring both the customs of mourning for the living and imagining the world—full of regrets yet strangely cheerful—of the spirits. In monologues and asides he traces the autobiographies of his main speakers—we come to know them very well—and has them voice both how they lived and how they died.

What George Saunders reminds us is that if we are to commit ourselves to life, that commitment must include a reckoning with death that considers it part of life. Without that genuine mourning and conversation—that communion—neither we, nor the dead, can escape from the “bardo” and get on with our lives in all its richness.