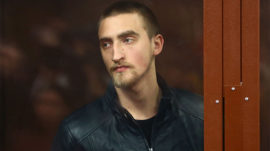 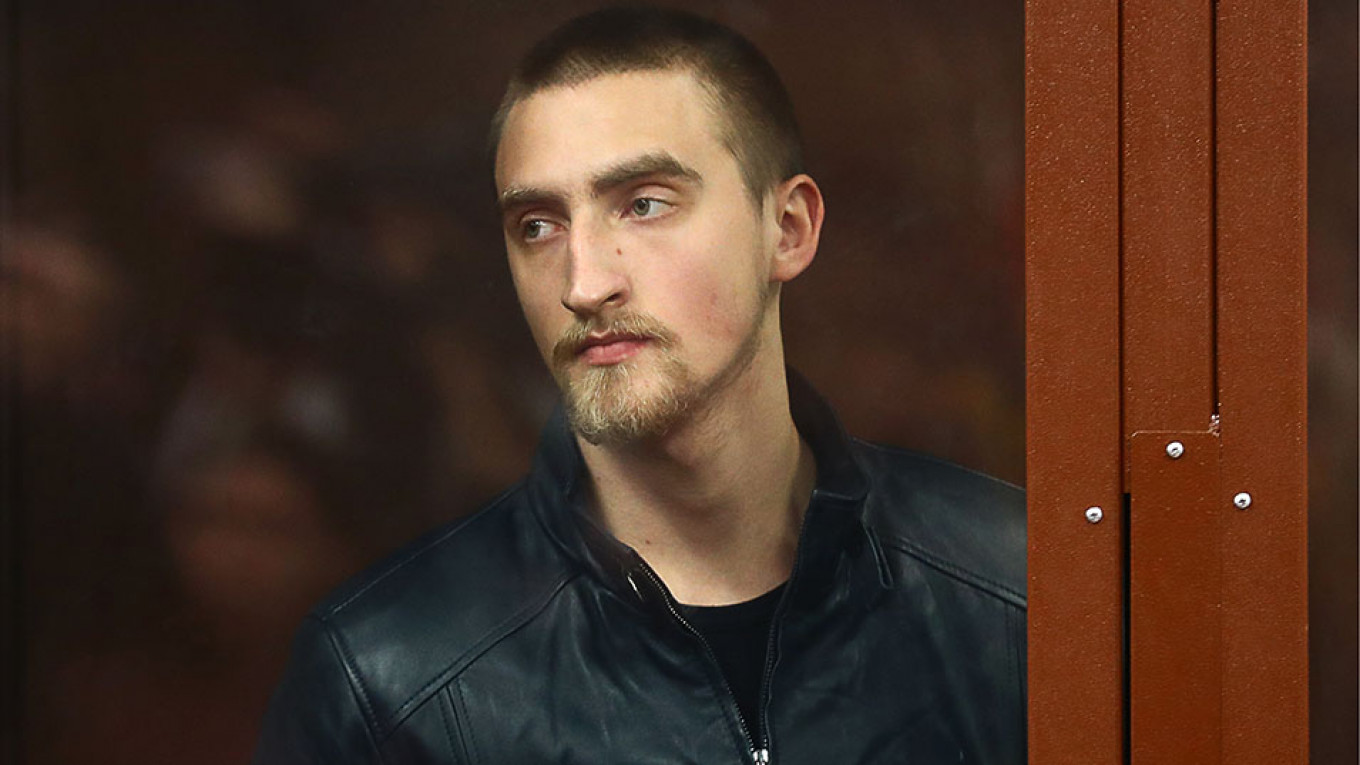 A Moscow court has jailed an actor for 3.5 years Monday after finding him guilty of dislocating a riot police officer’s shoulder during anti-government protests last month, despite his claims that he was a bystander.

Pavel Ustinov, detained Aug. 3, is among a dozen activists and passersby held on various charges relating to mass election protests that rocked the Russian capital this summer. Videos show Ustinov, 23, standing on Pushkin Square as riot police closed in on him and began clubbing him as he attempted to break free.

Prosecutors had sought a six-year prison term for Ustinov and a court refused to consider the two videos of his detention as evidence. Ustinov denied his guilt and said he had merely been a bystander at the protest.

Konstantin Raikin, director of the Satirikon Theater and one of Russia’s most celebrated actors, called Ustinov’s criminal case a “misunderstanding that could have a tragic end.”

Ustinov’s verdict was read by judge Alexei Krivoruchko, whom the United States blacklisted in 2013 for extending lawyer Sergei Magnitsky’s detention two months before his death. Manigtsky died in jail in 2009 after being arrested by officials whom he had accused of defrauding the Russian government.

Tens of thousands took to the streets over the summer to demand free elections after several opposition-minded candidates were barred from contesting seats in the Moscow city legislature, triggering the largest sustained protest movement in Russia since 2011-2013.

Edward Snowden, Currently in Russia, Says He’d ‘Love to Be Granted Asylum in France’ROSATOM will take part in the Russian Energy Week 2019