After Deadly Syrian Battle, Evidence of Russian Losses Was Obscured 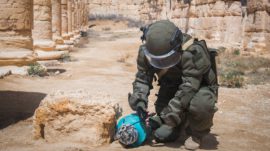 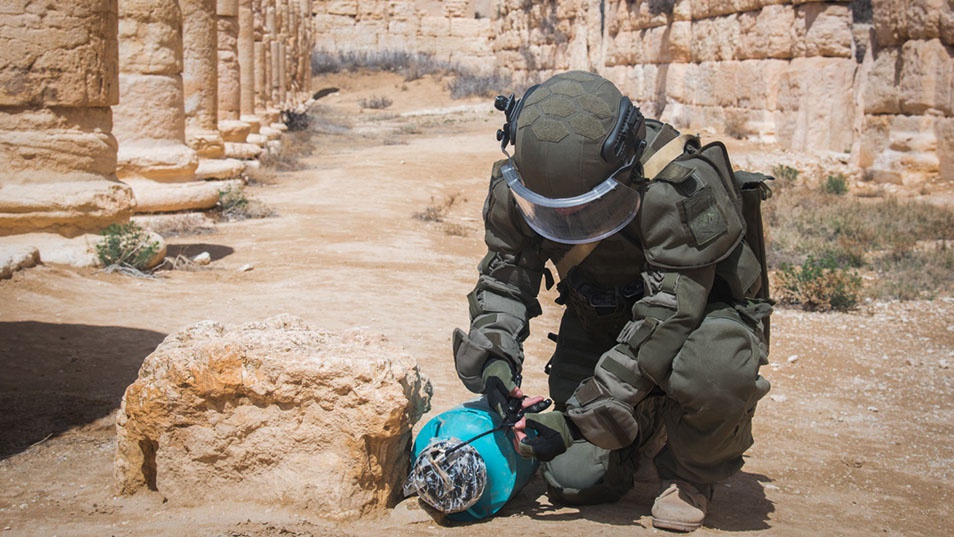 The last contact Grigoriy Gancherov and his wife had with their son, a Russian private military contractor fighting in Syria, was on Feb. 4 last year.

The father subsequently learned from a friend and fellow fighter of Sergei’s that the 25-year-old had died several days later in a major battle against U.S.-led forces in the Deir Ezzor region.

It was not until mid-April that he received formal notification of his son’s death and the body was returned, accompanied by a death certificate stating he died on March 7 on the other side of Syria.

Gancherov’s account is one of half a dozen instances Reuters has identified where the Kremlin-linked private military organization that recruited the fighters returned bodies more than seven weeks after the battle and with official documents bearing details that people who knew them say were incorrect.

According to relatives and a battlefield witness, the fighters all died in the clash in Syria’s Deir Ezzor region, which took place overnight on Feb. 7.

Such practices, an unusual pattern for Russian fighters killed in Syria, would have helped conceal heavy casualties until after President Vladimir Putin’s re-election in mid-March.

Moscow’s message at the time was that the military campaign in Syria was a success with only modest human cost.

That details are emerging nearly a year after the Deir Ezzor battle indicates that Moscow may struggle to control its message about casualties abroad at a time when it is expanding its military activities in the Middle East and Africa.

About 100 Russian military contractors were killed in the Deir Ezzor battle, sources have said. The Russian foreign ministry has said that only a handful of Russian citizens were killed there and dismissed reports of heavy losses.

Sergei Gancherov and his friend were standing near each other shortly before their position was hit, according to the account the friend gave to the father.

The friend, who was wounded, told the father he learned about Gancherov’s death on a medical evacuation plane on his way back to Russia.

Reuters was unable to speak to the friend or verify his account.

Grigoriy Gancherov plans to replace the wooden cross that bears the date recorded in his son’s official death certificate with a gravestone marked with the date of the Deir Ezzor battle.

That was the first direct confrontation between the United States and Russia since the collapse of the Soviet Union. It was also the only known battle in Syria in the early part of last year where Russian military contractors took part.

Yet in each of the six instances identified by Reuters where fighters were returned to families after the election, the death certificates, issued by Russian officials in Syria, stated they died in late February or March.

Several relatives of those fighters said the recruiters who informed them about their family member’s death told them not to disclose the circumstances.

The Kremlin declined to comment on Gancherov’s death or that of the other fighters. Spokesman Dmitry Peskov said it was wrong to suggest authorities postponed issuing death certificates of Russians killed in Syria because of the election.

On whether death certificates issued by Russian officials contained incorrect information, Peskov said it wasn’t a question for the Kremlin. He added that he didn’t know whether there was a delay in returning the bodies.

The Defense Ministry and the Foreign Ministry did not respond to requests for comment.

As Reuters has reported, Russia secretly used private military contractors in Syria to carry out missions in support of Syrian president Bashar Assad, Moscow’s ally, in coordination with the Russian military.

The organization that recruited the fighters, known as Wagner group, uses defense ministry transport infrastructure and hospitals. Russia denies using military contractors in Syria and says any Russian civilians there are volunteers.

Peskov could not confirm whether the Wagner group operates in Syria or carries out missions on behalf of the Russian government.

A person Reuters understands to be close to the Wagner group commander did not respond to requests for comment.

On Feb. 7 last year, Russian fighters advanced towards an oil refinery in Deir Ezzor province held by Kurdish forces and the U.S.-led coalition, which responded with heavy air strikes.

A military contractor who said he survived by taking cover identified among the many dead he saw two of the six fighters who were returned to families after the election with official documents bearing later dates of death.

Colleagues told him the delay was because of the large number of deaths and because journalists were monitoring an airport in Rostov-on-Don, in southern Russia, which was a key staging post for the private military firm.

“It was difficult to deliver all of them at once because reporters were waiting for them in Rostov, meeting planes, as we were told,” said the fighter.

He said he did not want to be identified because his recruiters did not allow him to disclose information related to his assignment in Syria.

Reuters reporters spent several days after the February battle monitoring a military morgue and airport in Rostov. They did not see coffins arriving.

According to the fighter, one of the dead colleagues he saw was Anton Vazhov from the southern Russian town of Novoshakhtinsk, whose official records say he died on March 21.

He said he saw Vazhov in a body bag on Feb. 8 upon returning to the battlefield after the air strikes to collect the dead.

“When we turned him over on his back and blew away the dust, we identified him,” the fighter said, adding that he drove Vazhov away from the battlefield in the back of a truck with more than 20 other bodies.

In the region of Kirov, 800 kilometers north-east of Moscow, lie the graves of three fighters whose bodies were returned to families in early April, according to people who knew them.

The fighter who survived the battle said one of the three men, Alexander Lusnikov, was also among the dead he collected from the Deir Ezzor battlefield.

Lusnikov’s official records indicate he died on March 1, according to a relative who has viewed the death certificate.

Another relative, Viktor Dumin, the brother of Lusnikov’s ex-wife, said the fighter told him about the circumstances of the death.

“Once the president had been elected, it all came to light,” Dumin told Reuters at the cemetery where Lusnikov is buried.

Neither of the two other military contractors — Alexei Kalabukhov and Konstantin Danilogorsky — had contacted their families since the battle, a childhood friend said. After learning about the battle, their wives tried to contact them but couldn’t reach them, the friend added.

Their graves say they died on Feb. 27 — the date the death certificates carry, according to a person familiar with the details.

The brother of another fighter from a town in the western part of Russia said he learned about his sibling’s death in Deir Ezzor in mid-February from an acquaintance in touch with the contractors in Syria, even though the death certificate said he died weeks later.

He asked not to mention their names saying he feared reprisals.

The belated return of bodies and incorrect documents described by friends and relatives last spring contrasts to the normal sequence observed by Reuters over a period of two years.

Typically, recruiters return a body to a family two or three weeks after a death, accompanied by a death certificate bearing a date of death that usually tallies with what relatives know from fellow fighters.

The Russian consulate in Syria is responsible for registering the death of Russian civilians killed in the country. Each death certificate carries a serial number, starting from one at the beginning of the year.

Russian officials at the consulate issued more than 60 death certificates in the first part of last year through April 8, according to documents seen by Reuters. At least 33 of those were between March 22 and April 8. The election was on March 18.

The Russian consulate in Syria didn’t respond to requests for comment. Reuters was unable to establish whether all those certificates were for private military contractors.