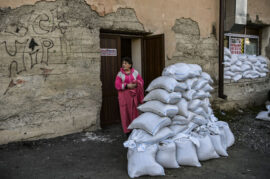 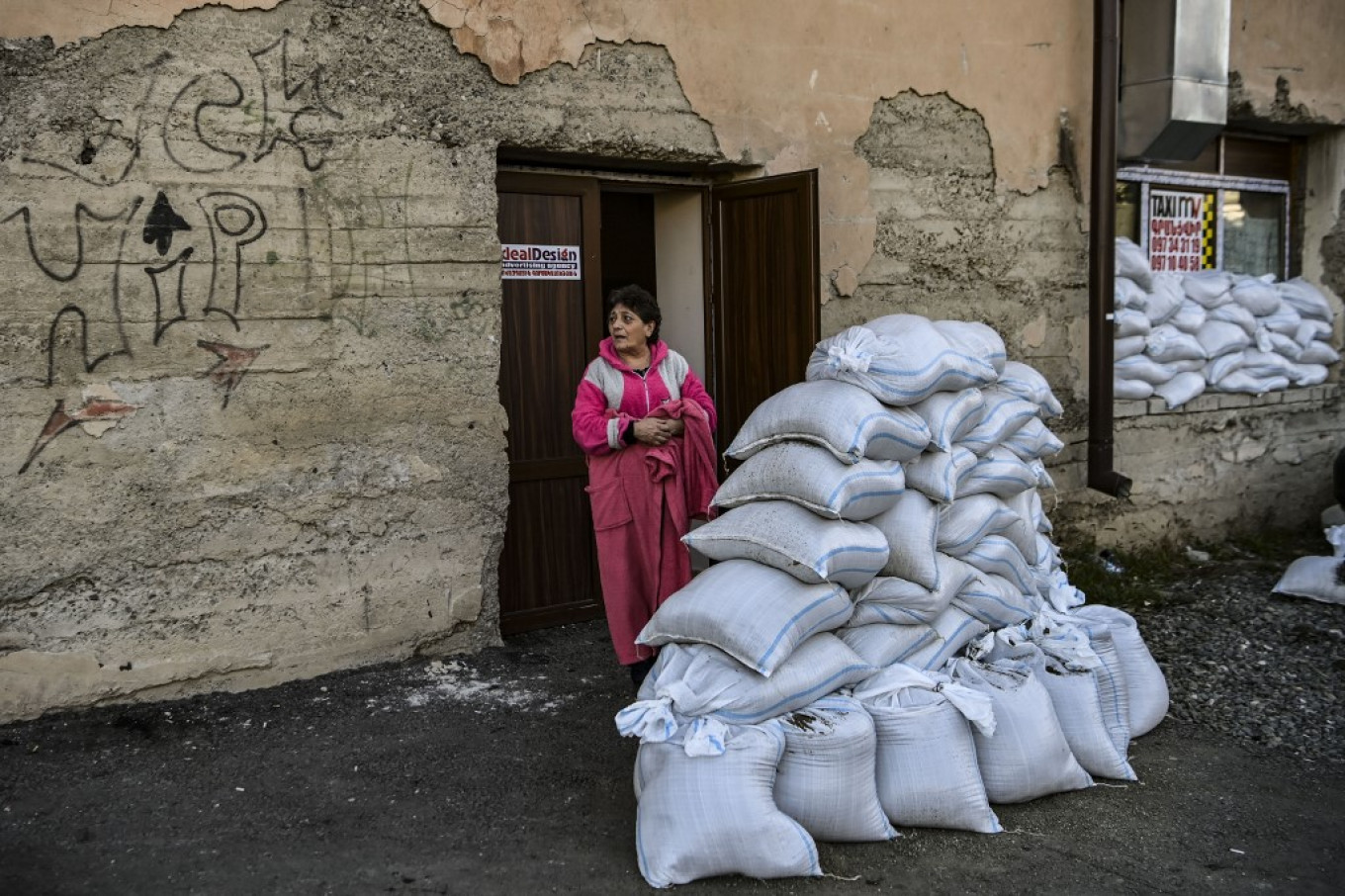 Armenia and Azerbaijan traded accusations of new attacks on Saturday in breach of a ceasefire deal to halt nearly two weeks of fierce fighting over the disputed Nagorno-Karabakh region.

The agreement, which was reached in the early hours of Saturday and took effect at noon, did seem to be having some impact, with the regional capital Stepanakert calmer after days of shelling.

An AFP journalist in Stepanakert said some explosions were heard in the distance after the ceasefire came into force, but there was none of the bombing that hit the city in recent days.

Armenia and Azerbaijan agreed to the ceasefire after 11 hours of talks in Moscow but it took only minutes after the deadline for their forces to claim new attacks.

An ethnic Armenian enclave of Azerbaijan, Karabakh broke from the country’s control in a war in the 1990s that killed some 30,000 people.

Its separatist government is strongly backed by Armenia, which like Azerbaijan gained independence with the 1991 collapse of the Soviet Union, and Baku accuses Yerevan of occupying the region.

The clashes that erupted on Sept. 27 have been the heaviest since the 1990s war, with more than 450 people reported dead, thousands forced to flee their homes and fears the fighting could escalate into a devastating all-out conflict.

Armenian defence ministry spokeswoman Shushan Stepanyan said that “in disregard of the previously declared humanitarian ceasefire” Azerbaijani forces launched an attack on the frontline at 12:05 pm.

“Armenia is blatantly violating the ceasefire regime,” the ministry said in a statement.

Armenian foreign ministry spokeswoman Anna Nagdalyan said efforts were being made “using all diplomatic channels” to implement the agreement.

‘These people hate us’

In Stepanakert, sirens that had sounded for days to warn of attacks had stopped and some residents were emerging from shelters to get supplies. But few had much hope of the ceasefire taking hold for long.

“I lived for nearly 20 years in Azerbaijan, these people hate us,” Vladimir Barseghyan, 64, told AFP in a workshop making uniforms for fighters at the front. “We don’t believe in a ceasefire, they just want to gain some time.”

In Barda, an Azerbaijani town about 40 kilometers (25 miles) from the conflict zone, many residents who spoke to AFP were against the ceasefire and in favour of Baku pressing on with its campaign to restore its control of Karabakh.

“We don’t want a ceasefire. They should leave our lands,” said Zemfira Mammadova, a 71-year-old retiree.

“They should get out and let our people live a normal life. We have nothing to do with them and they should stay away from us.”

The ceasefire deal was announced after talks between the two countries’ top diplomats mediated by Russian Foreign Minister Sergei Lavrov.

He said the truce had been agreed “on humanitarian grounds” and would allow for exchanges of prisoners and bodies.

A senior Azerbaijani official said the truce was only meant to be “temporary”.

“It’s a humanitarian ceasefire to exchange bodies and prisoners. It’s not a (proper) ceasefire,” the official said, adding that Baku had “no intention to backtrack” on its effort to retake control of Karabakh.

Lavrov said that Armenia and Azerbaijan had agreed at the Moscow talks to “substantive negotiations” on resolving the dispute over Karabakh, with France, Russia and the United States continuing as longtime mediators.

France called for the ceasefire to be strictly respected “in order to create the conditions for a permanent cessation of hostilities.”

Karabakh’s declaration of independence has not been recognised by any country — even Armenia — and the international community regards it as part of Azerbaijan.

The return of fighting has stoked fears of a full-blown war embroiling Turkey, which strongly backs Azerbaijan, and Russia, which has a military treaty with Armenia.

Turkey said the ceasefire agreement was an important first step but that Armenia had a “last chance” to withdraw from Karabakh.

Since the conflict restarted both sides have accused the other of shelling areas populated by civilians and thousands of people have been displaced by the clashes.

Stepanakert is dotted with damaged buildings and unexploded ordnance following days of shelling. AFP journalists have also witnessed destruction in villages in Azerbaijan near the front line.

More than 50 civilians have been confirmed killed on both sides and the Armenians have acknowledged over 400 military deaths, while Azerbaijan has not admitted to any fatalities among its troops.