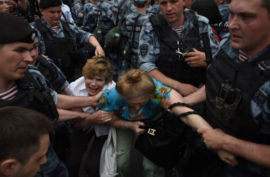 Lost in the furor over the arrest of the since-released investigative journalist Ivan Golunov on fabricated drug charges last week was another high-profile detention: this one of the opposition activist Leonid Volkov.

Volkov, who is a key senior aide to opposition politician Alexei Navalny, had just spent 20 days in prison charged with co-organizing Navalny’s nationwide protests against pension reform on September 9 last year. Those demonstrations, which were not authorized by the authorities, took place while Volkov was out of the country as a 2018 World Fellow at Yale University in the United States.

On his release date last Monday, police instead whisked Volkov directly to a Moscow court, where a judge slapped a new sentence on him for another 15 days. While the first sentence was handed down for the protest in Moscow, the new one was for a parallel rally in St. Petersburg the same day. Critics argue the measure is unconstitutional.

“It’s written in our constitution that a person can’t face two separate prison sentences for the same offense,” Navalny told The Moscow Times. “Setting aside the fact that he didn’t even commit an offense, it’s hard to imagine a clearer violation of this principle.”

Number of Protests in Russia Spikes in 2018, Researchers Say

Protesters this year have scored notable victories through street demonstrations. In February, they won a pause on construction of a new waste dump in the northern region of Arkhangelsk. Last week, they played a contributing role in the decision to release Golunov. And on Sunday, the Orthodox Church said it has ruled out the planned construction of a church on the site of a public park in the Urals city of Yekaterinburg following mass protests there in May.

But with each victory there have come crackdowns — fines and administrative or even criminal charges for organizers of the unauthorized protests in Arkhangelsk and Yekaterinburg, and more than 500 people arrested in Moscow during a protest against police impunity the day after Golunov’s release.

That the authorities are clamping down on street protests even as they have ceded ground in some cases is underscored by the Volkov case: Police have threatened to charge the opposition activist for organizing pension reform demonstrations in nine other cities that day last year, a measure that could leave him in jail past this September’s municipal elections in Moscow.

“They’re using Volkov as a lesson to Volkov himself, to Navalny, and to would-be protesters,” said Andrei Kolesnikov, the chair of the domestic politics program at the Carnegie Moscow Center. “They’re saying: ‘If you don’t want to stay at home, we’ll happily put you in jail.’”

Every tool in the toolbox

Navalny himself was hit with a 20-day sentence in October on the morning he was set to be released from jail after 30 days for organizing the September pension reform protests. Other members of Navalny’s nationwide network of volunteers leftover from his 2018 presidential run have been targeted in the same way for those protests, and for protests against Russian President Vladimir Putin’s inauguration last May.

The tactic is one that Alexei Glukhov, a lawyer with the Agora human rights group who specializes in defending protesters, expects the authorities will be using with increasing frequency.

“It’s clear that siloviki” — officials with ties to law enforcement — “are using every tool possible to discourage protesting,” he said. 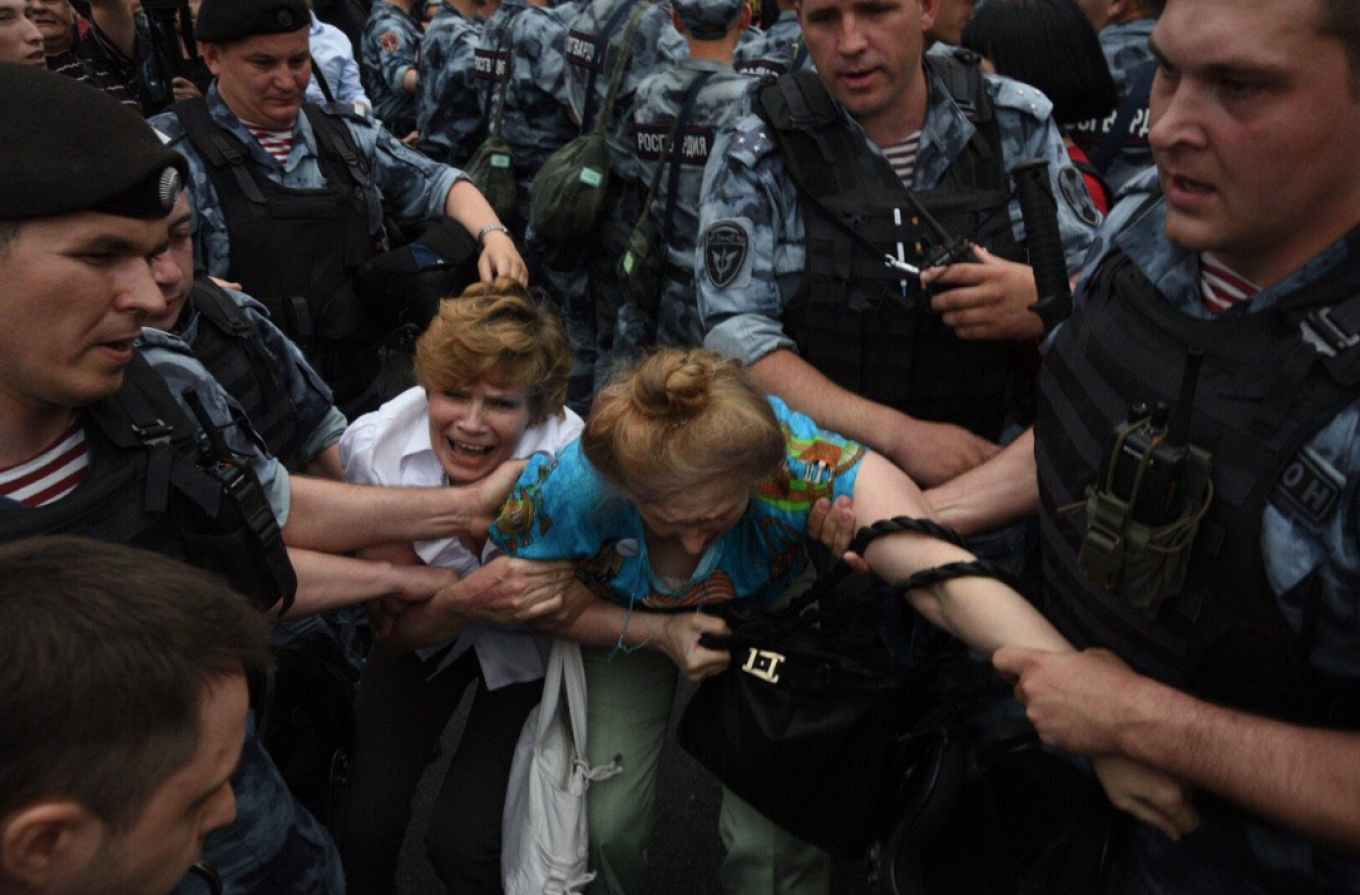 A quarter of Russians would “most likely” join protests over falling living standards if they broke out in their city. mborzunova / Twitter

The tool used against Volkov is especially beneficial to officials hoping to clamp down on street protests, Glukhov said, because administrative offences — failing to pay a fine, disorderly conduct, drunk driving — are much easier to prosecute than criminal offences. “Judges almost never question police on an administrative arrest,” he said.

Yet, while it’s easier to put someone in jail on an administrative arrest, the maximum sentence is only 30 days — so officials need to find ways to “artificially extend the sentence.”

While Glukhov could not recall anyone having been charged for the same offense three times in a row, that doesn’t mean officials won’t slap a new sentence on Volkov after his second 15-day sentence is up next week, he said. After mass protests against Putin’s return to the presidency in 2011-2012, officials extended the statute of limitations for administrative offenses up to one year. They could thus theoretically put Volkov back in jail again before municipal elections will be held in Moscow, Glukhov said.

In an interview with The Moscow Times, Navalny said the authorities are “trying to isolate us” in advance of those elections by putting Volkov in prison.

It’s a tactic the opposition leader believes is effective because short administrative sentences don’t incite much outrage. “People won’t come out to protest a 15- or 20-day sentence,” he said.

However, one too many administrative sentences for calling protesters to an unauthorized demonstration and the offender can earn a criminal charge for repeated violations — a sentence that carries up to five years in prison. With a third administrative offense, Volkov would be at risk, Glukhov said.

In March 2018, when Putin was re-elected by a landslide, only 8 percent of Russians were willing to protest. But after the government announced legislation raising retirement ages from 60 to 65 for men and 55 to 60 for women that came into force this year, Putin’s ratings plummeted against a backdrop of overall falling living standards, and Russians’ willingness to demonstrate grew. By November, the figure was up to 30 percent.

More than half a year later, that number has stayed about the same. At the beginning of this month, the independent Levada Center pollster found that 27 percent of Russians would “most likely” join protests over falling living standards if they broke out in their city.

“The key thing to note here is that this figure has remained steady for quite some time now,” said Denis Volkov, a sociologist with Levada.

“I had never come out to a protest before,” one protestor told the Kommersant daily during the protest the day after Golunov’s release. “But the story with the freeing of Ivan Golunov gives me hope that something is starting to change.”

Navalny also attended that protest, this time in a rare appearance as a demonstrator rather than a protest leader — but he was still swiftly arrested. He believes the authorities picked him up to have a “voucher” to allow them to toss him in jail at a later date.

“I expect they will use it when it gets closer to the election,” he said.