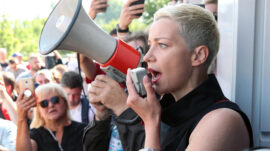 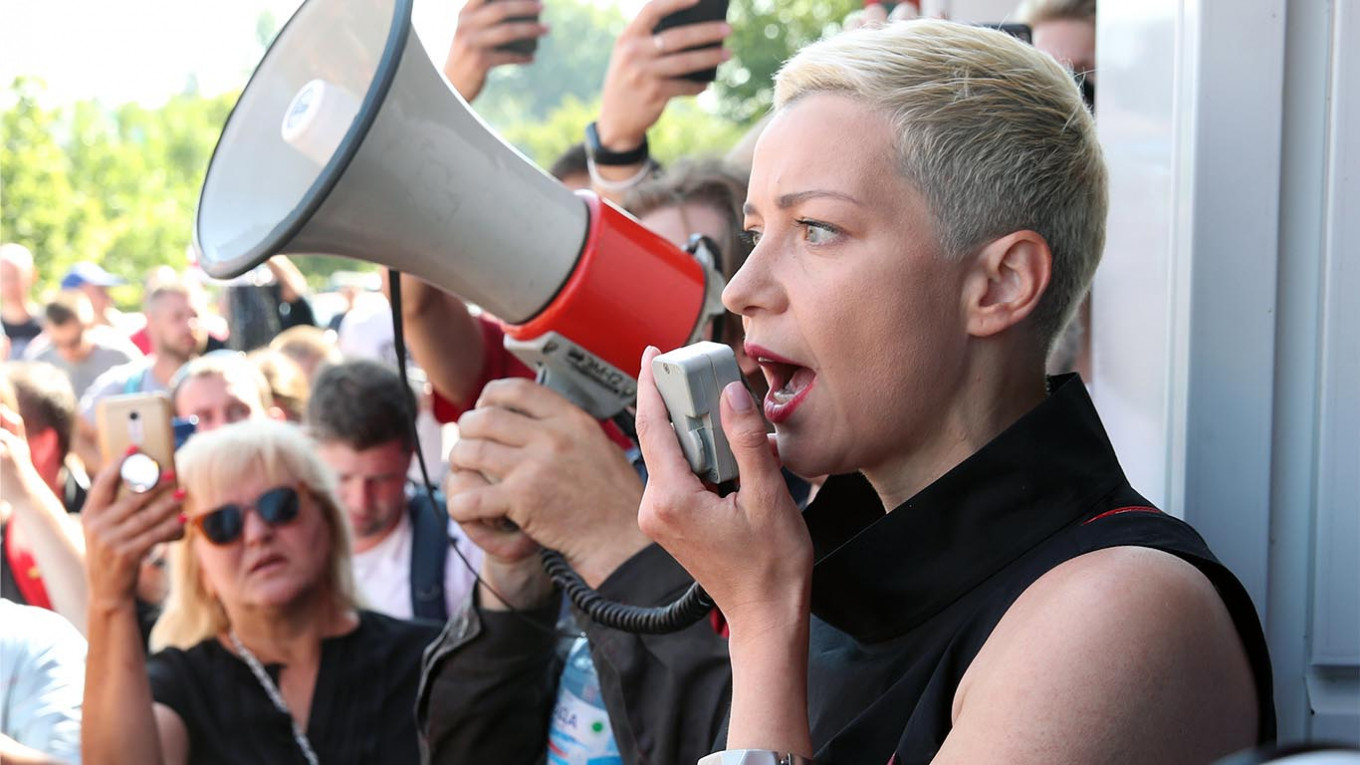 Belarus said Tuesday that a leading opposition figure, Maria Kolesnikova, had been detained while trying to cross the Ukrainian border, but Kiev said she was being held after resisting a forced deportation.

Kolesnikova played a major role in the campaign of opposition candidate Svetlana Tikhanovskaya, who claimed victory over President Alexander Lukashenko in a disputed election last month, and has since spoken at huge protests against his rule.

Tikhanovskaya on Tuesday called for Kolesnikova to be “freed immediately.”

“By kidnapping people in broad daylight, Lukashenko is showing his weakness and fear,” she said in a statement from Lithuania, where she has taken refuge.

Anton Bychkovsky, a spokesman for the State Border Committee, told AFP that Kolesnikova was being held and “an investigation is under way to legally assess the situation.”

The high-profile activist went missing on Monday, with witnesses saying she was bundled into a minibus on the street in the capital Minsk.

Kolesnikova’s detention removes one of the strongest opposition speakers who had insisted she would not leave Belarus voluntarily.

It came as Russian state media including Kremlin-funded RT were due to broadcast a set-piece interview with Lukashenko.

Kremlin spokesman Dmitry Peskov stressed kidnapping “cannot in any way be justified” but denied Belarus has political prisoners, in comments to journalists.

Belarusian border guards said Kolesnikova had attempted to flee across the border at around 4:00 a.m. on Tuesday along with two other members of the opposition’s Coordination Council, press secretary Anton Rodnenkov and executive secretary Ivan Kravtsov.

Belarus said the BMW car they were traveling in speeded up at the border and Kolesnikova was “practically pushed out of the vehicle,” while this was not visible in televised footage.

State television showed a video statement by Kravtsov, claiming it was found on a cellphone left at the border.

“I took the decision to leave the country,” Kravtsov said, adding he planned to cross with Kolesnikova. It was unclear under what circumstances the video had been filmed.

Ukraine confirmed that Kravtsov and Rodnenkov had crossed the border but gave a different account of events, saying Kolesnikova had resisted moves to force her to leave Belarus.

“This was not a voluntary departure. It was forced deportation,” Deputy Interior Minister Anton Gerashchenko wrote on Facebook.

He said Kolesnikova “took actions” to prevent her leaving. The Interfax-Ukraine news agency cited a source as saying she tore up her passport.

The Coordination Council was set up to ensure a peaceful transfer of power after Tikhanovskaya rejected Lukashenko’s claim to have won the Aug. 9 presidential election with 80% of the vote.

The authorities have tried to stop the Coordination Council from working by detaining activists and forcing them to leave the country.

Kolesnikova, 38, is the only one of the trio of women who fronted Tikhanovskaya’s campaign to remain in Belarus.

Tikhanovskaya left the country under pressure from the authorities and was granted refuge in EU member state Lithuania, while her other campaign partner, Veronika Tsepkalo, is now in Ukraine.

Police in Belarus have been intensifying efforts to crack down on the opposition, with more than 600 people arrested on Sunday during the latest in a series of huge weekend protests against Lukashenko.

The European Union has refused to recognize the results of the vote and warned of sanctions against those involved in the election and violence against protesters.

Thousands of demonstrators were detained in the days after the vote with many accusing police of beatings and torture.

Kolesnikova and other members of the Council including Nobel Literature Prize winner Svetlana Alexievich have faced questioning over an alleged bid to seize power.

Kolesnikova, a professional flutist, got into politics by running the campaign of another opposition politician, ex-banker Viktor Babaryko, who attempted to stand for president against Lukashenko but was jailed and barred from running.