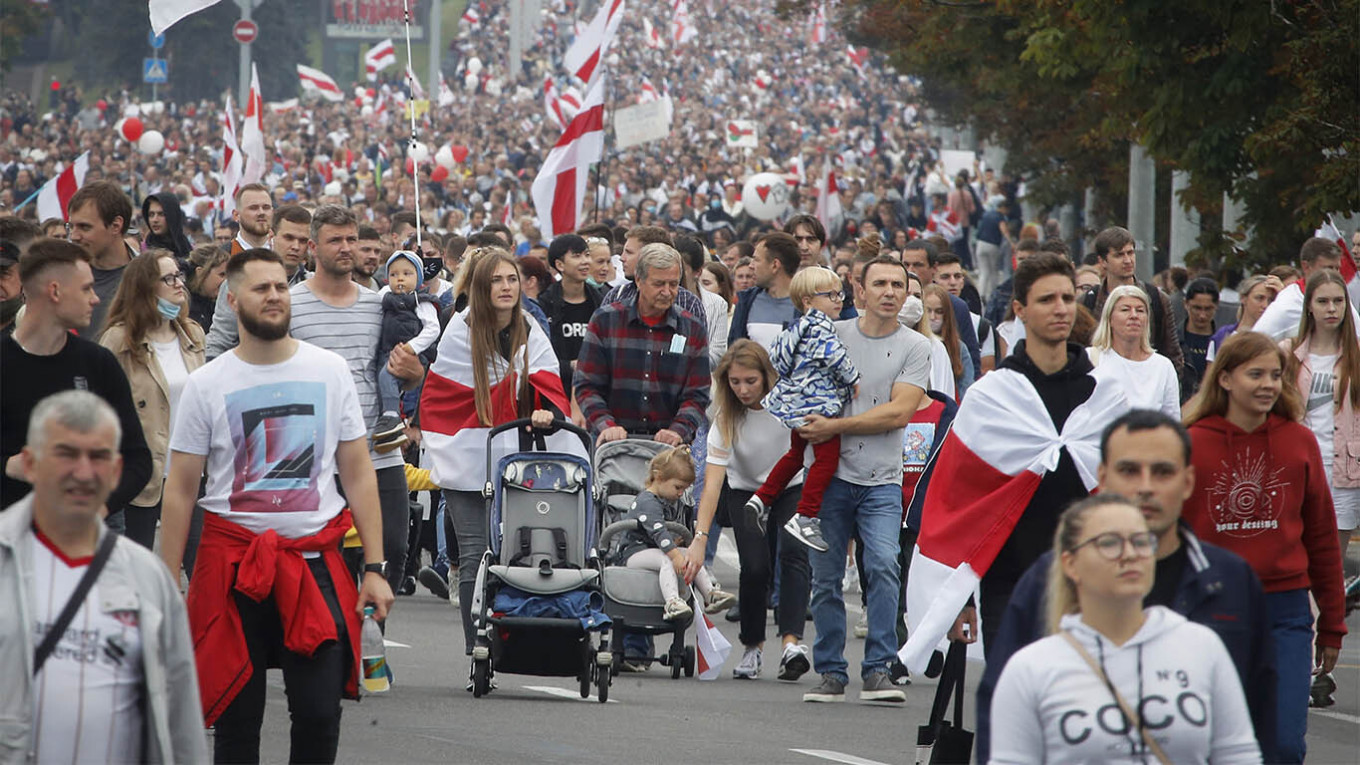 Exiled opposition leader Svetlana Tikhanovskaya told the EU parliament on Tuesday that a “peaceful revolution” was under way in Belarus after huge protests broke out over disputed presidential elections.

“A peaceful revolution is taking place,” Tikhanovskaya, 37, told EU parliamentarians, speaking in English via video link from Lithuania, where she fled after claiming victory in the ballot, fearing reprisals from the authorities.

The trained English teacher who was allowed to contest the vote after her husband was jailed and barred from running said that the mass protest movement had no geopolitical aims.

Lukashenko, Europe’s longest-serving leader, detained his closest rivals in the run-up to the vote which he barred independent observers from monitoring.

Hundreds of thousands of people have taken to the streets since election officials announced that the 65-year-old authoritarian leader had won a landslide victory with some 80% of the ballot.

Tikhanovskaya described the largest protests in Belarus’s post-Soviet history as “a peaceful striving of the people for self-determination and basic dignity.”

“The demand of Belarusians is simple: a free and fair election,” she said. “This is the wish of the whole nation.”

Several members of the opposition’s Coordination Council that is seeking new elections have been arrested in recent days or summoned for questioning after Lukashenko accused them of attempting to “seize power.”