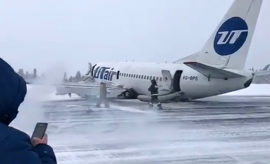 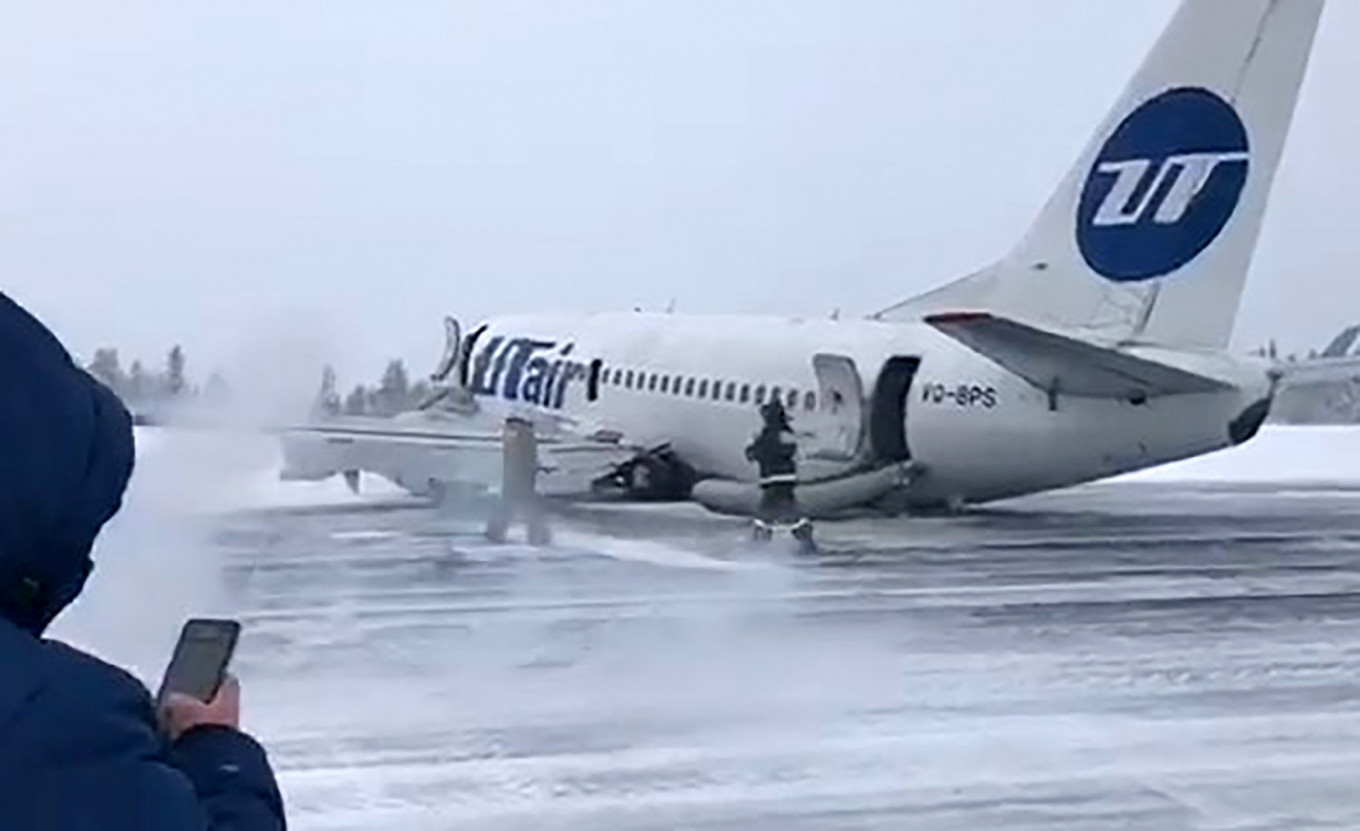 A Boeing 737 airliner with 94 people on board made a hard landing in northwestern Russia on Sunday, carrier UTair said, but no one was badly hurt.

It said the airliner, arriving at Usinsk airport in the Komi Republic about 1,500 kilometers from Moscow, made the hard landing because of wind shear — a sudden change of wind velocity and/or direction.

The plane’s main landing gear was damaged in the landing but the crew managed to bring the aircraft to a halt on the runway, UTair said in a statement. All passengers and crew safely left the airliner.

Pictures posted on the websites of the regional government and emergency situations ministry showed the airliner lying flat on its belly on a runway covered partly with snow.