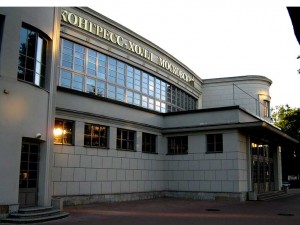 The House of Culture was inaugurated in 1931. It was named after V. P. Kapranov, the son of an old working class family long established in St. Petersburg. He was one of the leaders of the Petersburg Trade Union of the tanning industry workers.
The building was constructed according to the design of the architect M. S. Raisman.