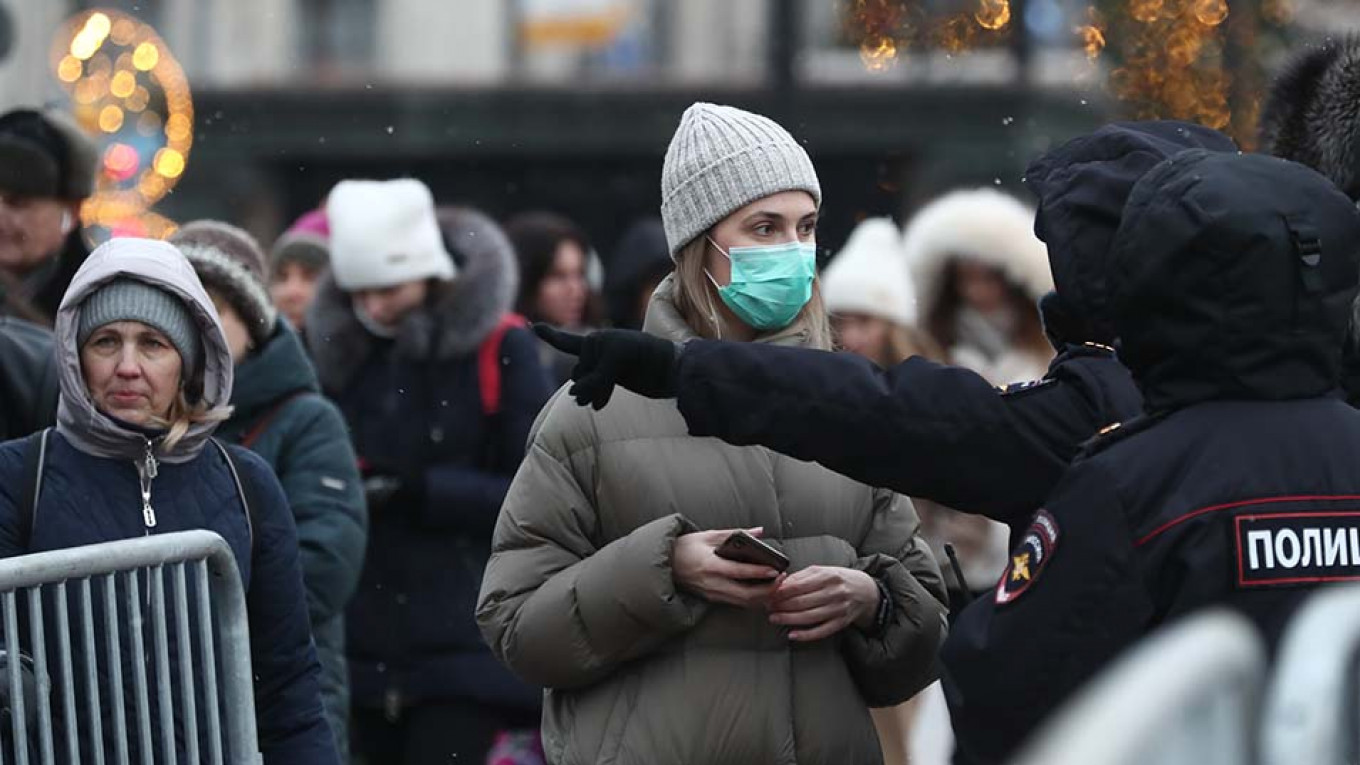 As the new coronavirus that has killed more than 2,000 people continues to spread around the world, Russia has stepped up measures to tackle the health risk, including closing most entry points along its 4,200-kilometer border with China and temporarily banning Chinese citizens from entering the country.

Russia reported its first two cases of coronavirus and said the infected people were Chinese citizens who have since recovered. The first three Russian citizens have also been infected with the coronavirus onboard a quarantined cruise ship in Japan.

— Finance Minister Anton Siluanov told the RBC news website on Thursday that the coronavirus had caused a drop in Chinese trade with Russia of 1 billion rubles ($15.68 million) a day.

— Two Russian citizens from the quarantined Diamond Princess cruise ship have been diagnosed with the new coronavirus, bringing the total number of infected Russian nationals to three.

— Hundreds of people, including around two dozen Russian nationals, began disembarking the quarantined cruise ship off Japan on Wednesday.

— Russia will suspend entry of Chinese citizens to its territory starting from Feb. 20. The temporary suspension will be for Chinese citizens entering Russia for employment, private, educational and tourist purposes.

— Russia discharged a Chinese national from the hospital in the Siberian city of Chita on Wednesday after he recovered from a coronavirus infection, the second of Russia’s two confirmed cases of coronavirus to recover. The other victim, also a Chinese national, was also said by authorities to have recovered and been released from quarantine in Siberia’s Tyumen region.

— Prisoners in the Kursk region have begun making face masks to be used in correctional facilities after a spike in demand, Interfax cited the region’s penitentiary service as saying.

— President Vladimir Putin proposed stripping pharmacies of their licenses if they raise prices for anti-virus masks amid the coronavirus outbreak.

— Russia will temporarily restrict the entry of foreigners arriving from China, Deputy Prime Minister Tatiana Golikova said. She said the restrictions would not, however, apply to Moscow’s Sheremetyevo Airport, the capital’s main international airport.

— Russia postponed the Russian Investment Forum in the Black Sea city of Sochi due to coronavirus concerns. The forum, which is attended by a string of high-ranking officials and foreign investors, had been set to take place Feb. 12-14.

— Energy Minister Alexander Novak said that OPEC+ countries may react if there are significant consequences for the oil market due to the outbreak. He said that the oil-producing countries have discussed bringing forward the March OPEC+ meeting, adding that they need several more days to monitor the situation.