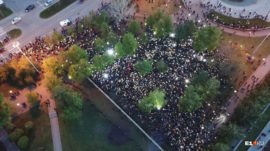 Authorities in Russia’s fourth-largest city of Yekaterinburg have detained dozens of people as thousands of residents continued to defend a riverside park from plans to build a church on its grounds.

Protests against placing the church in the city’s central park entered their third day Wednesday following clashes with defenders of the construction site, which included members of a boxing academy and riot police. The cathedral’s opponents say it would take away needed green and recreational space from the city’s 1.5 million residents. 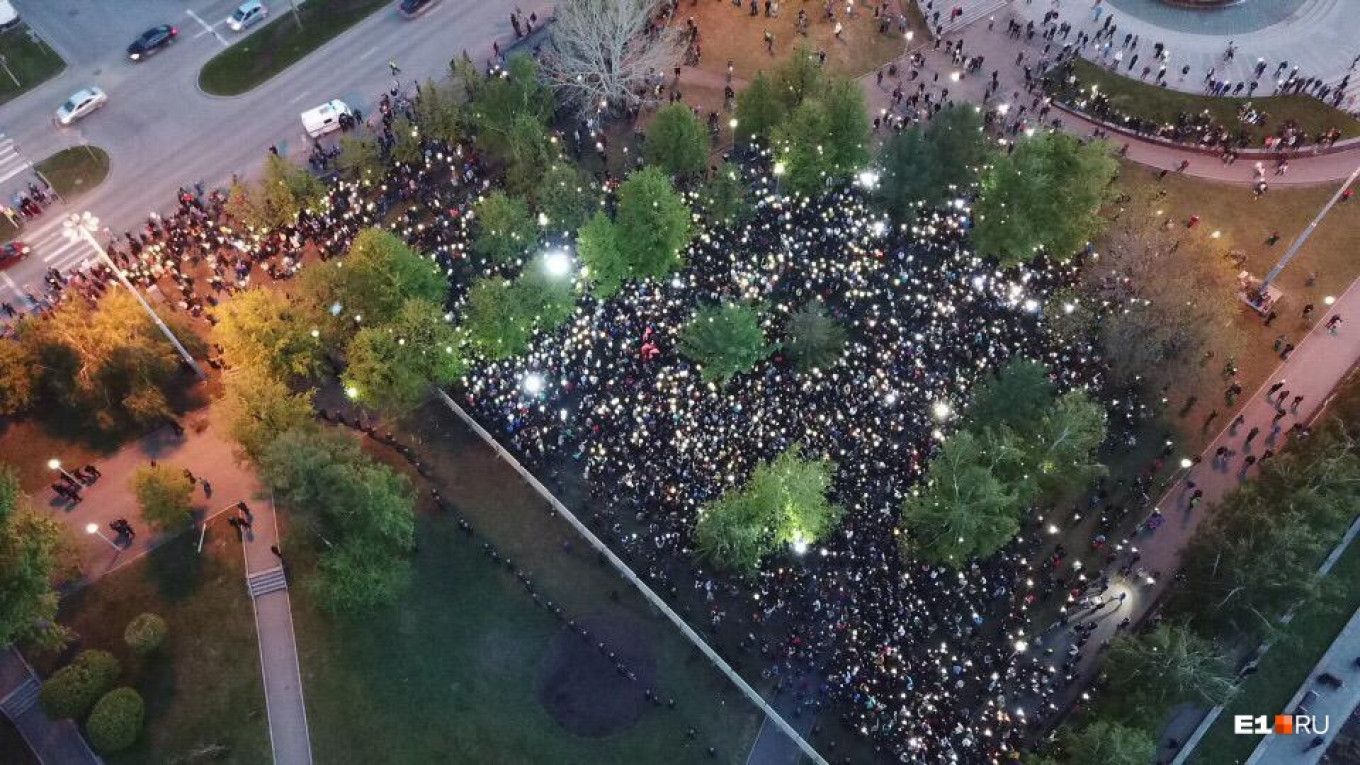 Seventy people have been taken into custody during at least 12 hours of rallies on Wednesday, the OVD-Info police-monitoring website estimates. Yekaterinburg police said only 33 people had been detained.

Footage showed some of the violent apprehensions that were caught on camera.

Two protesters have just been seized and dragged under the metal fence by riot police, apparently for no reason. People shouting “what for?!” Things are escalating here. #Екатеринбург pic.twitter.com/O3unjSuPPI

At least four detentions were reported on the first day of anti-church construction rallies Monday, followed by 29 on Tuesday. A court has placed as many as 21 of them under arrest for up to 10 days on charges of petty hooliganism.

The church — a replica of a cathedral razed by Soviet Bolsheviks 90 years ago — is part of a major commercial project funded by Yekaterinburg’s metals tycoons, according to project documents. The approved project, financed by Russia’s 24th and 25th-richest billionaires, will include housing and office space opposite the planned church.