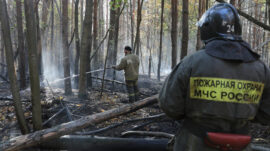 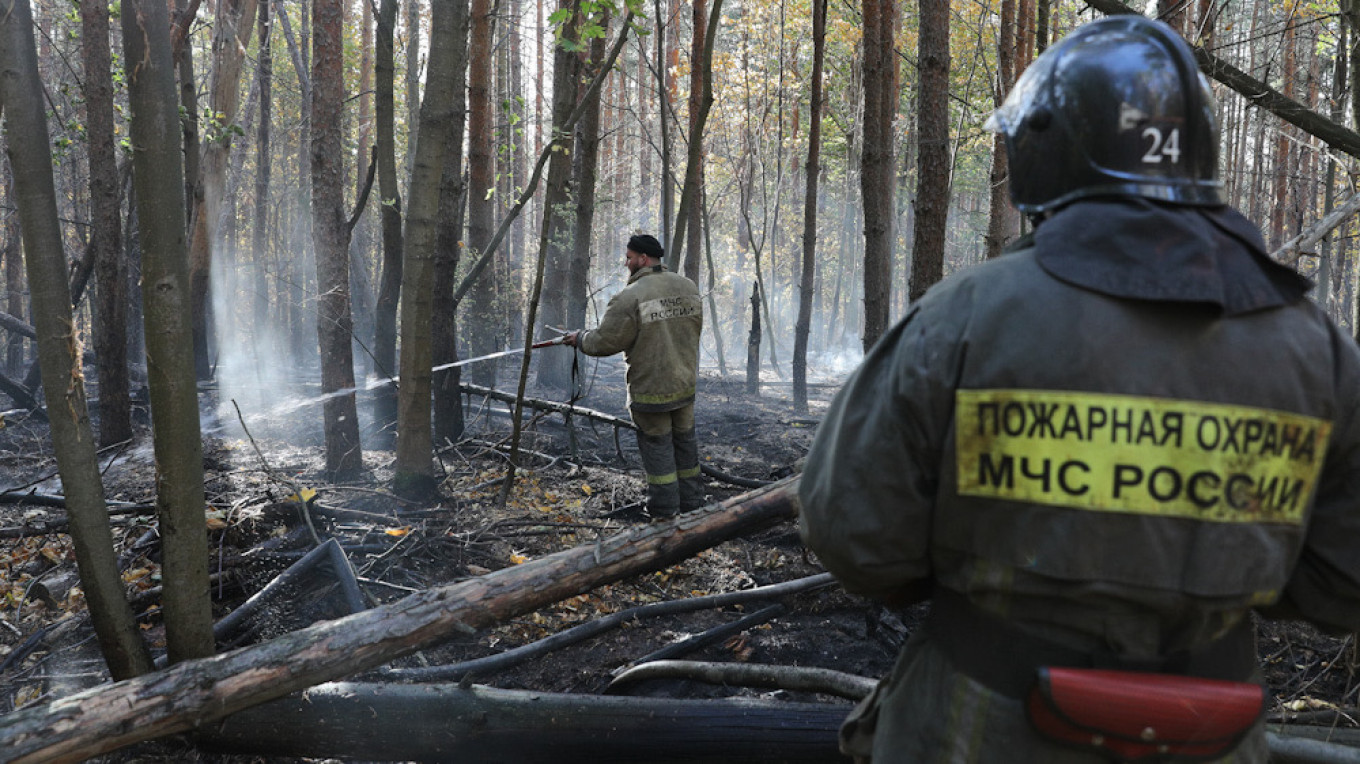 Man-made fires have burned down forests and killed endangered animals at a protected Russian nature park on the border with China and North Korea, Russian activists say.

Animals including Far Eastern forest cats as well as several endangered species either burned alive or died by asphyxiation while endangered plants such as relict oaks burned to the ground at the Khasansky nature park in the Primorye region of Russia’s Far East, environmentalist Olga Dymnikova said Saturday.

Dymnikova, who heads the Element foundation’s environmental unit, claimed that a group of suspected hunters may have started the fire that took two days to extinguish after it began on Jan. 7.

“The worst has happened, the nature park has completely burned down,” she wrote in a Facebook post.

“Only one natural monument was rescued in the entire protected area of 94,646,600 square meters,” she added.

Dymnikova accused emergency officials of slow response efforts despite being immediately notified of the fires. It took seven hours for Russia’s Aerial Forest Protection Service to arrive at the scene without backing from the Emergency Situations Ministry, she wrote.

The 9,500-hectare (23,500 acres, 38.5 square kilometers) Khasansky nature park was founded to preserve wetlands in the flight paths of dozens of migratory birds, including cranes and herons.

The Primorye region’s wildlife and natural areas protection authority said the Khasansky nature park fire spread across more than 4,000 hectares (9,900 acres), according to Interfax. It said that protected areas totaled less than half of the burned area and that no wildlife carcasses have been found yet.

Regional prosecutors have announced an inspection into the fires.

Moscow to Track Residents’ Income, Grades, Pets in Digital Database – KommersantRosenergoatom: Russian NPPs finished the year with an all-time record, surpassing the achievements of the USSR