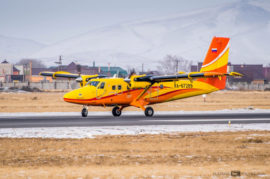 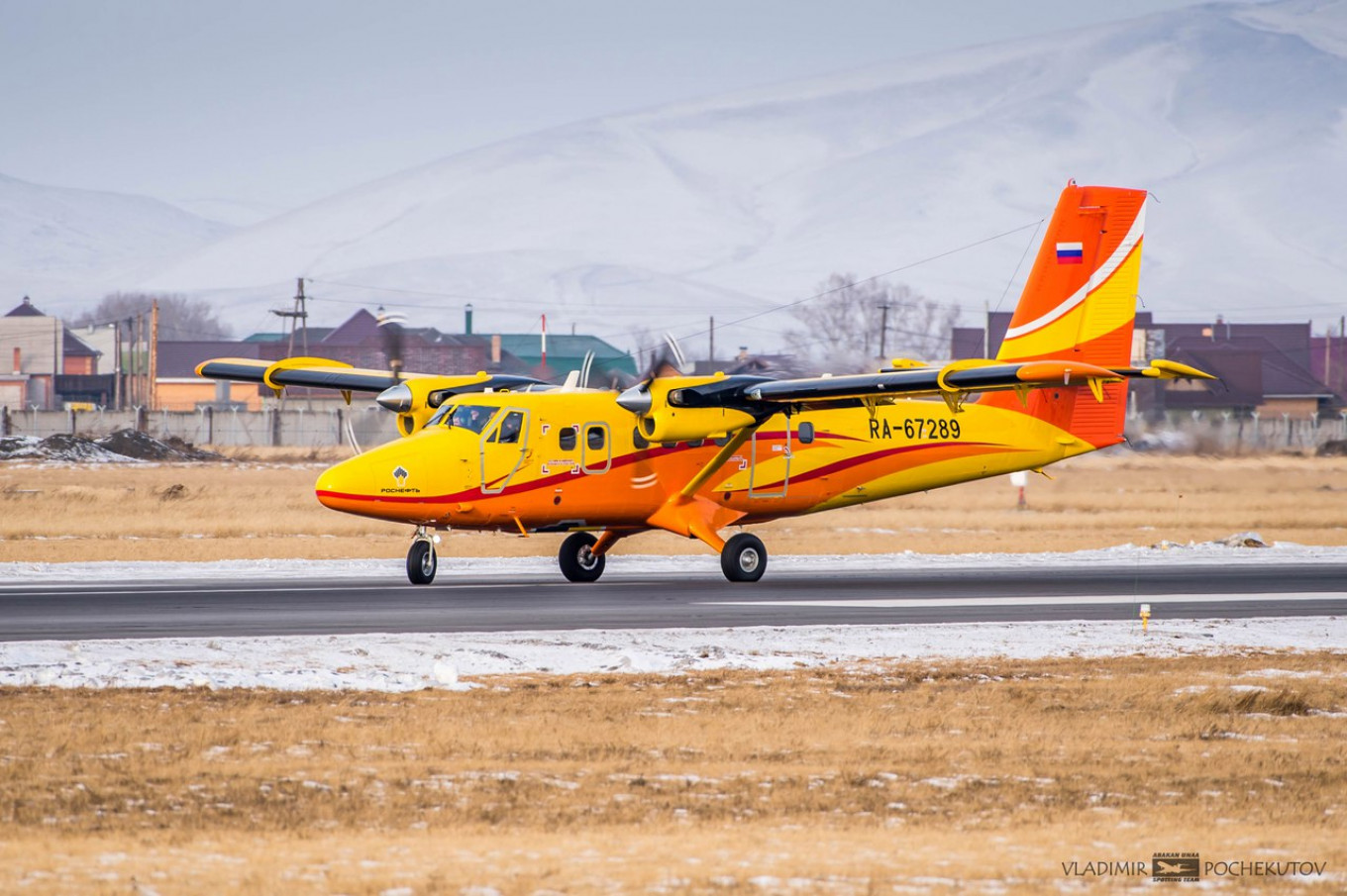 Jets used for corporate travel by Russian state-owned oil major Rosneft flew at least 13 times to Mallorca, Ibiza, Sardinia and the Maldives when CEO Igor Sechin or people from his social circle were in the same vacation spots.

Using publicly available data, Reuters tracked 290 Rosneft flights between January 2015 and May 2019. Of those round trips, 96 took place during Russian public holidays or between Friday lunchtime in Moscow and Monday morning.

Since the start of 2015, Rosneft corporate jets traveled eight times to Sardinia’s Olbia airport, 15 times to the Maldives and seven times to Spain’s Palma de Mallorca, according to the flight tracking data from planefinder.net, flightaware.com, opensky.network.org and flight-data.adsbexchange.com.

Reuters found no public information released by Rosneft or the Russian authorities about official events at those destinations, although the company does not always disclose information about its meetings.

For some of the flights to vacation spots, Sechin’s associates, including his wife before their divorce and mutual friends, posted photos on social media placing them at the same location as the Rosneft aircraft at the same time.

Sechin, a close ally of President Vladimir Putin and head of the world’s largest listed oil company by production, has not appeared in social media posts from the holiday resorts.

But Reuters did photograph a man closely matching his description boarding a Rosneft plane at Palma da Mallorca airport on Aug. 6 last year.

Overall, Reuters found public information from Rosneft or the Russian authorities about official events corresponding to 42 of the 290 flights.

In a statement issued on Tuesday in response to Reuters questions, Rosneft said that as a global company it works in all parts of the world, and that expenditures on corporate aircraft are “carried out in accordance with the approved corporate standards.” It did not give details.

Rosneft declined to answer detailed questions from Reuters, saying the news agency was conducting “information sabotage in the service of the intelligence services of interested states.”

Among the questions the company declined to address were whether Sechin’s employment contract entitled him to use corporate jets for personal purposes or whether Sechin reimbursed the company for private flights.

In a reply sent in April to previous Reuters questions about the use of corporate aircraft by the friends or family members of Rosneft employees, the company said: “No private transport of family members was carried out at the expense of the company.”

A source close to the Rosneft board of directors said no clause in Sechin’s contract allowing private flights had been put before the board for approval.

Sechin’s use of corporate aircraft for travel to holiday destinations — regardless of whether his contract permits it or not — is part of a pattern of wasteful spending by Rosneft, said Vladimir Milov, Russian deputy energy minister until 2002.

Milov is now a critic of the Kremlin, arguing that Putin’s circle is using Russia’s natural resources wealth for their own benefit.

He also cited a 2017 order placed by a company subsidiary to buy tableware including caviar dishes and silver spoons with a total value of $83,000.

After Kremlin critic Alexei Navalny disclosed the order on YouTube on May 22, 2017, it was canceled the next day, according to Rosneft’s website.

The office of Kremlin spokesman Dmitry Peskov declined to comment on the Rosneft flights, saying it was an internal, corporate matter. The Russian government’s spokesman did not respond to a request for comment.

Six flights to Mallorca in a year

Between January 2015 and May 2019 Rosneft used a fleet of six business jets registered in Austria and the Isle of Man. They were owned by Rosneft subsidiaries, chartered by Rosneft, used for official Rosneft corporate trips, or in most cases all three.

The photograph Reuters believes is of Sechin shows him boarding a Rosneft-operated Bombardier 6000 aircraft at Palma de Mallorca airport on Aug. 6, 2018. The photograph was taken from a public thoroughfare.

The same jet — with tail number M-YOIL — flew into Palma de Mallorca six times between mid-July and late-August 2018, according to flight tracking data and photographs taken by Reuters at the airport.

Over that period, the aircraft was on Mallorca or nearby for 27 days, not including the day of arrival or departure.

On July 15, the day a Rosneft flight landed in Palma de Mallorca, the Russian pop singer and Sechin family friend Anita Tsoy posted on Instagram that her family’s long-awaited vacation had begun.

On July 19, she posted a photograph on Instagram, tagged as having been taken on Mallorca, of her, her 26-year-old son and her husband, Sergei Tsoy, a senior Rosneft executive.

On Aug. 1, the day after the Rosneft jet landed back in Moscow, she posted a photo tagged Moscow. “The holiday has come to an end,” she wrote.

Neither Anita Tsoy nor Sergei Tsoy responded to requests for comment. Rosneft did not respond to questions about the flights to Palma.

Rosneft’s corporate code of conduct, a public document, states that “we do not use the company’s property and assets not for the purposes intended, or to personal ends or with the aim of extracting personal benefit.”

The full cost of the flights is not available, but Reuters found documents showing the costs of running one of the private jets in 2016.

The jet with tail number M-YOIL is operated by a Singapore-registered company called AV Asia Developments Pte Ltd, according to Eurocontrol, an inter-governmental aviation body.

A 2016 financial report for AV Asia Developments, 100 percent controlled by Rosneft, stated the company received $1.86 million for the charter of the sole jet it operated at the time, and more than $2 million for services related to the same plane.

AV Asia Developments did not respond to a request for comment.

Flight tracking data showed that during 2016, the plane carried out 12 flights totaling around 96 hours in the air.

When set against the figures in the AV Asia Developments report, that  works out at an hourly cost – a standard industry measure of the cost of private jet services – of about $40,000, or about $19,000 excluding services costs.

A return business class flight from Moscow to the Maldives with Russian carrier Aeroflot, departing June 28 and returning July 4, costs $3,770 according to the Aeroflot booking website.

Sechin’s then-wife Olga Sechina spent part of the summer of 2015 at Costa Smeralda in Sardinia, according to her posts on social media tagged with the location, and posts of her friend Olga Tonkikh.

Sechina’s first post from there was on June 30, and the last social media record of the vacation was an Aug. 21 post on one of Tonkikh’s social media accounts, featuring Sechina.

Around that period, a Rosneft Bombardier Global 6000 jet with the tail number OE-IRS was recorded three times at Sardinia’s Olbia airport: on July 26, Aug. 16 and Sept. 9, according to flight tracking data.

On Aug. 14, the Cala Di Volpe hotel at the Costa Smeralda resort hosted a private concert by British pop singer Robbie Williams, according to the hotel’s Facebook posts.

The same day, Olga Tonkikh posted a photograph on Instagram showing both women with hashtags including #robiwilliams.

Neither Tonkikh nor Olga Sechina responded to requests for comment. Rosneft did not reply to questions about flights to Sardinia.

On the night of Dec. 24, 2016, a Rosneft Boeing business jet with tail number OE-IRF took off from Moscow’s Vnukovo airport in the direction of the Indian Ocean, flight tracking data showed.

Two days after the flight departed, Tsoy, the pop star, posted a picture of herself on Instagram from inside an aircraft that matches the interior of a Boeing business jet.

“And here the long-awaited moment has arrived: VACATION,” she wrote next to the photo.

On Jan. 3, 2017 she posted a picture of herself on a golf course that matched publicity photos for Velaa Private Island, an exclusive Maldives resort.

On Dec. 28, 2016 and Jan. 4, Sechin’s then-wife Olga posted photographs on Instagram of herself in a room that matches publicity material of Velaa Private Residence posted on the resort’s website.

Sechin and his wife divorced in June 2017, according to court documents seen by Reuters.

There have been Rosneft flights to the Maldives since then.

Flight tracking data showed two Rosneft private jets flying into the international airport in the Maldives on Dec. 28 and out again hours later. The same two planes flew back to the Maldives on Jan 9. and returned to Moscow on Jan. 12.

Reuters saw photographs of the aircraft taken while they were at Velana International Airport in January before they took off for Moscow.

There is no public record of Rosneft executives having any business meetings in the Maldives in the last three years.

Sechin’s ex-wife and Anita Tsoy did not respond to questions about their trips to the Maldives.

A Change in Russia’s Draconian Drug Laws Could Be on the HorizonRussians Grow Friendlier Toward U.S. and Ukraine, Poll Says