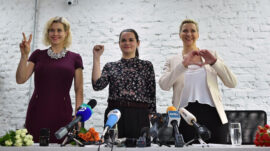 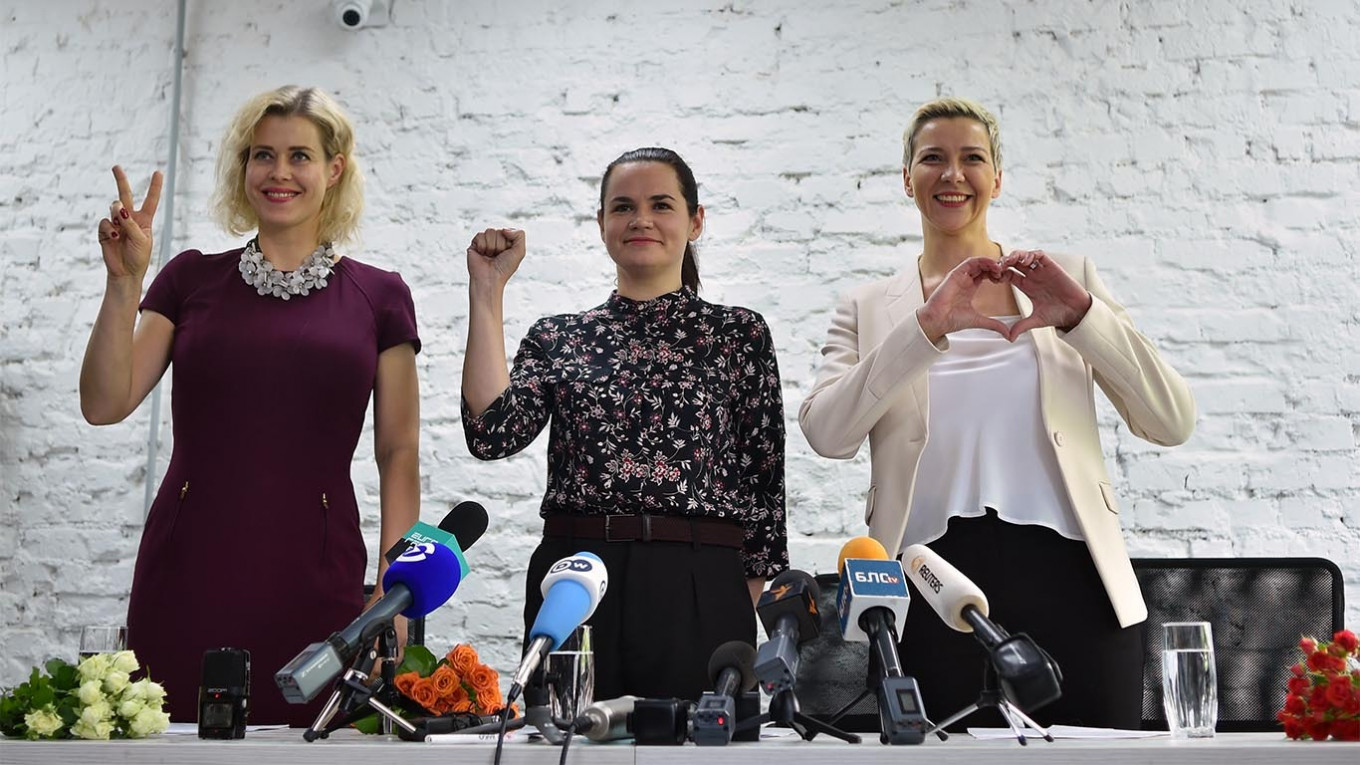 Three women have teamed up to fight presidential polls in Belarus, pitting “female solidarity” against strongman Alexander Lukashenko, who insists the country is not ready for a woman president.

Their campaign comes as the rights group Amnesty International on Friday released a report condemning the ex-Soviet country’s discriminatory treatment of women opposition activists, citing threats of sexual violence and taking their children into care.

Lukashenko is standing for a sixth term in Aug. 9 polls in the authoritarian country bordering Russia and the European Union.

The vote’s result is in little doubt given his total dominance of previous elections, not recognized as free or fair by Western observers.

But the contest has been shaken up by the decision of one woman, Svetlana Tikhanovskaya, to stand for president in place of her husband, a popular opposition YouTube blogger, after the authorities prevented him from submitting his candidacy by detaining him.

In a surprise move, the central electoral commission registered Tikhanovskaya as a candidate on Tuesday.

The 37-year-old languages teacher has said she has no gift for public speaking and never thought the authorities would register her.

“Everyone knows how I ended up here: out of love for my husband,” she told a news conference in Minsk on Friday.

However, analysts reacted with skepticism, saying the opposition was too divided to make an impact after the central electoral commission dropped two stronger opposition candidates.

These were Viktor Babaryko, an ex-banker seen as Lukashenko’s strongest rival who has been detained on suspicion of financial crimes, and Valery Tsepkalo, a popular opposition figure.

Then on Thursday the campaign teams of Tikhanovskaya, Babaryko and Tsepkalo announced they were joining forces.

Tikhanovskaya defiantly punched the air, Tsepkalo made a V sign and Kolesnikova linked her fingers in a heart shape. The picture quickly went viral with Belarussians posting memes.

“The main item on yesterday’s news was a photograph with three beautiful Belarussian women together,” wrote political analyst Alexander Feduta on the website of Warsaw-based Belsat opposition television channel.

“It seems all of society was waiting right now for this union.”

The women repeated the gestures in Minsk on Friday as Tsepkalo urged Belarussians to “vote for Svetlana!”

“We decided to unite and show what female solidarity is,” she said.

“We’re not second-class, we’re equal to men and we believe we’ll win.”

At the same time, Tikhanovskaya acknowledged: “I still haven’t got rid of my fear,” saying she is “very worried” about her husband.

Investigators searching his country home turned up $900,000 allegedly hidden in a sofa.

Previously stocky, he appeared much thinner when he spoke via video link at a hearing.

Belarussian society “has not yet matured enough to vote for a woman,” he said in May, adding last month that a woman president “would collapse, poor thing.”

The president said in his electoral declaration he is still married but his wife, whom he wed in 1975, is never seen with him in public.

His teenage son Nikolai often accompanies him on public engagements.

Analysts said Tikhanovskaya has no chance of winning the election and is being used as a pawn by the authorities.

Tikhanovskaya “is absolutely not ready for this mission,” said political analyst Alexander Klaskovsky.

“Plus the circumstances put great pressure on her: her husband is basically a hostage of the regime in prison.”

“It’s a nice photo, of course, but you shouldn’t have any great illusions about how this campaign will go.”