Culture | In Russia’s Arctic, Oil Majors and Reindeer Herders Are Coming Together
RssMail

In Russia’s Arctic, Oil Majors and Reindeer Herders Are Coming Together 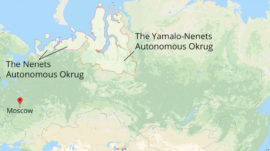 NARYAN-MAR — Russia’s oil and gas giants are establishing a new model in the country’s Arctic based on sustainable development and cooperation with the region’s native reindeer herders.

A decade ago, locals were struggling to sustain their traditional way of life due to the energy firms’ growing encroachment on their pasturelands. And as recently as 2016, an anthrax outbreak caused by thawing of permafrost on the Yamal Peninsula that exposed an infected reindeer carcass led to a massive cull of the animals.

Now, the same companies are taking their social responsibilities more seriously — hosting forums that bring together oil executives, lawmakers and academics, funding Nenets cultural festivals and seeking to protect the reindeer that are central to the herders’ existence.

“We strike deals with the companies,” said Ilya, a veterinarian sitting on a sleigh about to take part in the Syamyankhat Merata (“The Fastest”) reindeer racing festival that rounded off a week of discussions in Naryan-Mar in March.

He added that there are some violations of agreements and pasturelands are still slowly shrinking. But for now, the relationship between the Nenets and the oil companies is mutually beneficial. 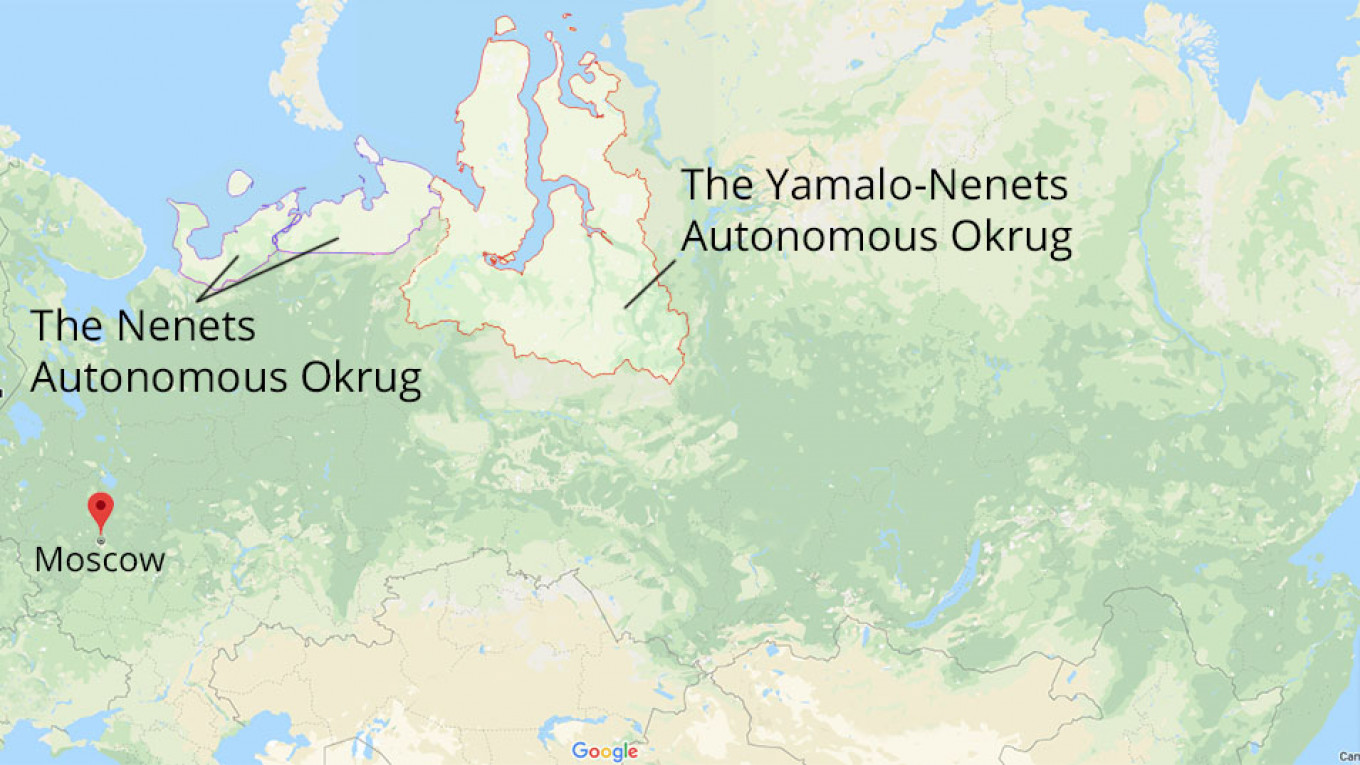 A map of the Arctic regions inhabited by the Nenets people. Google Maps / MT

Naryan-Mar sits inside the Arctic Circle and is the administrative center of Nenets Autonomous Okrug (NAO). Cut off from the Russian mainland — or Bolshaya Zemlya (“Big Land,”) as locals call it — the town is of strategic significance as it has the only commercial port for several thousand square miles.

It also sits along the hydrocarbon-rich Northern Sea Route. Russian President Vladimir Putin vowed to develop the corridor in a speech at the International Arctic Forum in St. Petersburg in April, while U.S. Secretary of State Mike Pompeo told the Arctic Council in Finland last week that the stretch of water has the potential to be the twenty-first century Panama Canal, and accused Russia of monopolizing it.

An environmental round-table, EKOARKTIKA, that formed part of the week’s proceedings, was sponsored by Rosneft Shelf-Arktika, a subsidiary of Russia’s state-owned oil company Rosneft. Discussion centered around the environmental effects of industry and agriculture in the country’s Arctic regions, and Nenets participants in round-table talks had been flown in by helicopter from the surrounding tundra.

Cultural activities during the week celebrated the Nenets way of life with  singing, dancing, arts and craft shows and the reindeer racing and lassoing competition. 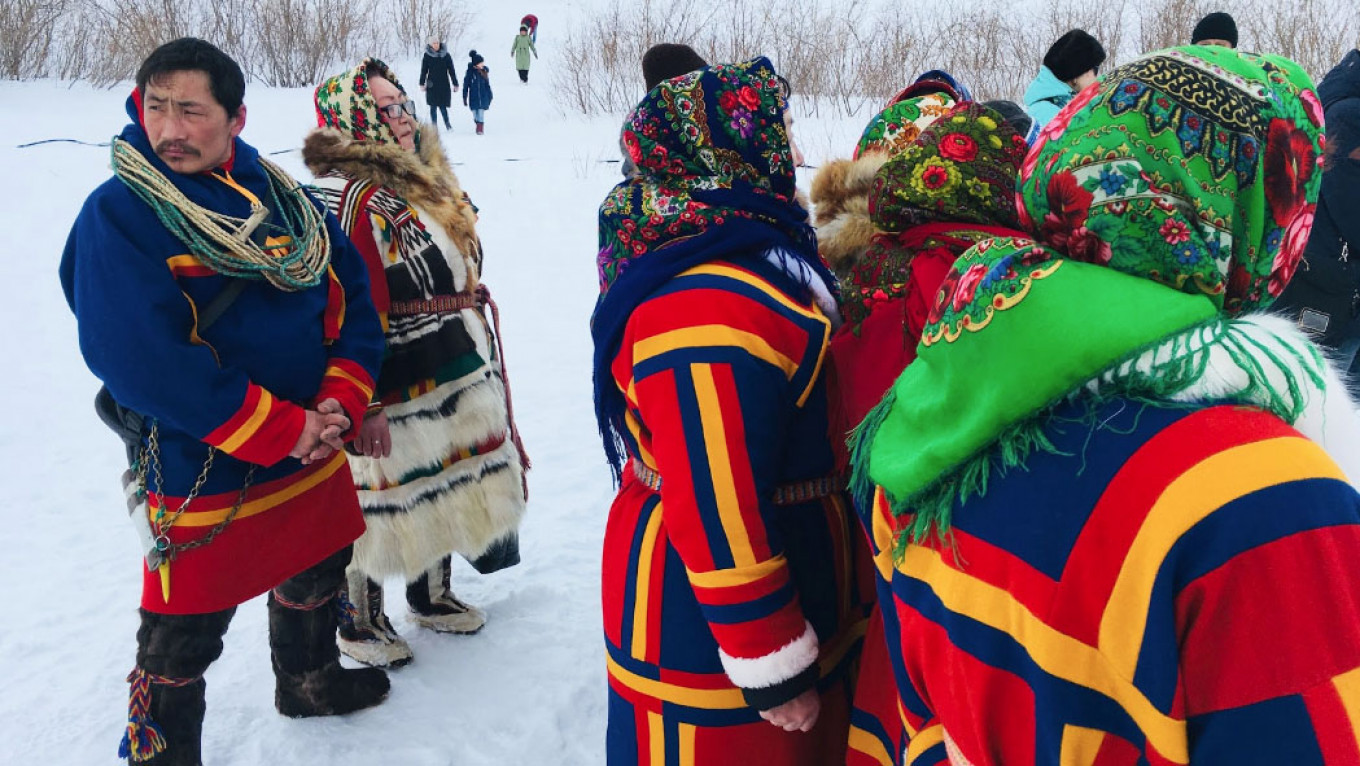 At a congress for indigenous minorities, most of the audience were reindeer herders. They questioned regional politicians on land tenure — especially leasing and ownership of collective farms — as well as social benefits, health care and education.

Poaching was also on the agenda, as was the high cost of gasoline in the region.

A single highway leads from Naryan-Mar to two small villages – Iskateley and Krasnoe. But to reach any of the forty or so settlements that surround it — and the world beyond — the only way in or out is by plane, helicopter, snowmobile or reindeer sleigh, across a vast white wasteland of tundra, or reindeer grazing ground.

Alexander Khatanzeysky, from the far north-eastern settlement of Ust-Kara, complained that a barrel of fuel was becoming an unaffordable luxury, despite snowmobiles being the only local transport.

Reindeer herder Fyodor Ardeev said he had been trying for several years to have the area around his settlement given reservation status due to what he saw as a free-for-all hunting situation.

“The problem we have is tourists who arrive on snowmobiles and grab all they can lay their hands on,” he said.

The East-Siberian Oil and Gas Company, which is also part of Rosneft, told forum participants about a grant program it has been working on for the study of Taimyr-Evenk deer in Krasnoyarsk region. The latest information about their numbers, including satellite pictures, has been turned into the first digital video tutorial for school children.

In April, the government of NAO’s neighbour, the Yamalo-Nenets Autonomous Okrug held a grants competition for the development of fenced-off reindeer breeding, with 15 million rubles allocated to build fences and house herders in forested areas. 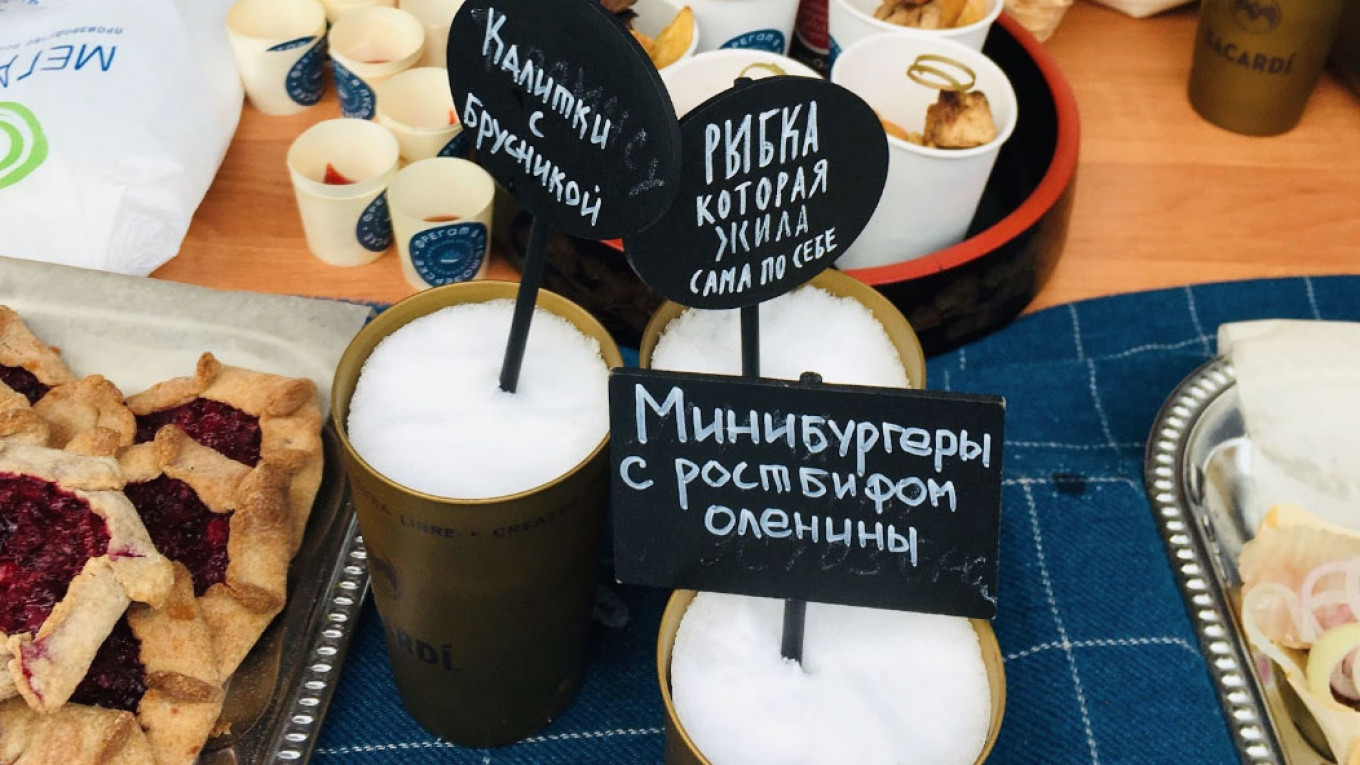 According to the 2010 census, just over 7,500 people — or 18 percent of the NAO population — is indigenous. As of 2004, only 14 percent of the population was estimated to be living the traditional semi-nomadic reindeer-herding lifestyle.

Part of the problem is economic. Russia’s northern regions, including the two districts where the Nenets are concentrated — the Nenets and Yamalo-Nenets okrugs — have the distinction of being among Russia’s regions with the highest salaries, pensions and earliest retirement ages. But basic food items, such as milk, cost as much as twenty percent more than in Moscow because most supplies are flown in.

Worries about efforts to preserve the Nenets language and culture drew the most impassioned comments during the congress with some in the audience saying not enough was being done at official levels.

“Another five, six years, and that’s it; no one else will speak the native tongue,” a Nenets woman shouted from the floor when NAO Deputy Head of the Department of Education, Culture and Sports Liana Khrapova said there simply weren’t enough pupils interested in studying the Nenets language.

Not All Is Quiet On the Arctic Front

Reindeer veterinarian Ilya was also concerned about the traditional way of life dying out, especially in the internet era, as men are using dating apps to find wives and moving away instead of marrying into other Nenets communities.

But ultimately, he was optimistic about the attraction of the traditional way of life for young people.

He reckoned that out of every family with three children “at least one will stay in the tundra.”