Jehovah’s Witness on Trial for ‘Extremism’ Likens Authorities to Stalin 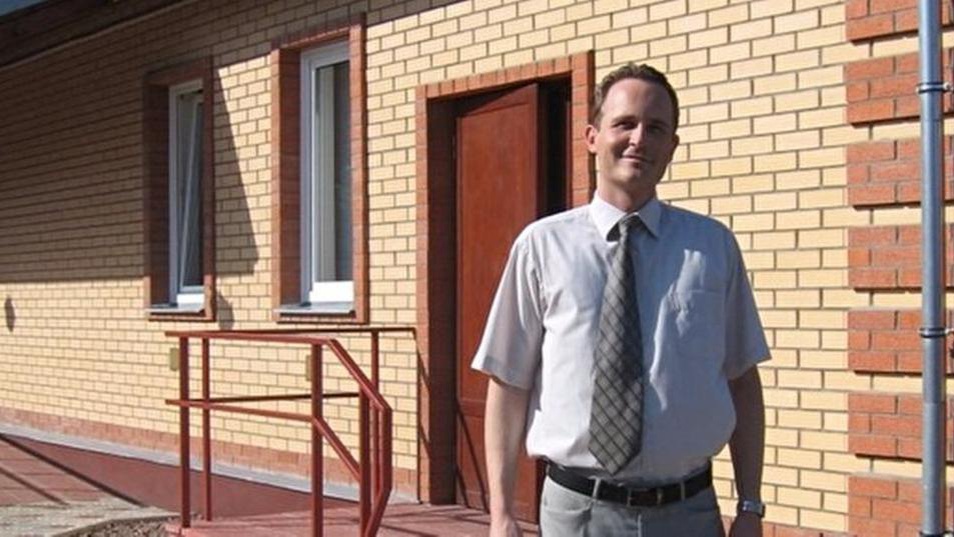 The first Jehovah’s Witness detained for extremism in Russia has likened the authorities’ behavior to that of Josef Stalin’s Soviet Union ahead of a verdict in his trial.

Armed police scaled the gates of a compound where the Christian denomination was meeting in Oryol, some 320 kilometers south of Moscow, in May 2017 and detained Dennis Christensen, a Danish national, on extremism charges.

He has spent the last 20 months in a cold cell with suspected drug dealers and only been allowed to meet his wife, separated by bars and a corridor, twice a month. If convicted, he could spend up to a decade in jail.

The trial of the 46-year-old builder is seen by the United States and the European Union as a litmus test for religious freedom, and the latest twist in a worsening East-West standoff.

The U.S.-headquartered Jehovah’s Witnesses have been under pressure for years in Russia, where the Orthodox Church is championed by President Vladimir Putin. Orthodox scholars have cast them as a dangerous foreign sect that erodes state institutions and traditional values, allegations they reject.

But Russia’s latest falling-out with the West, triggered by Moscow’s annexation of Crimea from Ukraine in 2014, spurred a more determined drive to push out “the enemy within.”

After Crimea was seized, a giant poster hung in central Moscow bearing the faces of Kremlin critics and labeling them as “a fifth column.” One of them, opposition politician Boris Nemtsov, was later shot dead.

‘History is repeating itself’

It was in that atmosphere that a court in Oryol outlawed the local Jehovah’s Witnesses in 2016, and Russia’s Supreme Court in 2017 found the group to be an “extremist” organization and ordered it to disband nationwide.

More than 100 criminal cases have been opened against Jehovah’s Witnesses and some of their publications are on a list of banned extremist literature.

“I’m afraid that history is now repeating itself,” Christiansen told Reuters in an interview carried out over two days, during breaks in his trial.

“I’m afraid that it’s actually like Stalin has come back.”

The atheist Soviet Union regarded Jehovah’s Witnesses as anti-Soviet because of their refusal to serve in the army. Under Stalin, hundreds of their leaders were jailed and thousands were deported to Siberia in 1951 after much of their property was confiscated.

The group has around 8 million active followers around the world and has faced court proceedings in several countries, mostly over its pacifism and rejection of blood transfusions. Russia has been the most outspoken in portraying it as an extremist cult.

Christensen, whose trial is due to conclude within weeks, is accused of continuing to organize group activities in Oryol despite the local ban.

His lawyer, Anton Bogdanov, contends that the ban applied to the group’s legal entity only and did not prevent Jehovah’s Witnesses from continuing to practice their religion.

Article 28 of the Russian constitution guarantees the right to practice any or no religion.

Speaking from a glass cage in the courtroom, Christiansen denied organizing the activities of an extremist group, but said he feared he would be sentenced to at least six years in jail.

“Of course I hope that he [the judge] will be just,” he said. “But I also know which country I’ve been living in.”

Court hearings have heard that Christiansen had his phones tapped for nine months and that someone infiltrated the Jehovah’s Witnesses in Oryol and secretly filmed them.

Irina, his wife, said she found it hard to believe that Russia was going after Jehovah’s Witnesses after recognizing that the Soviet Union’s treatment of them had been illegal.

“They’re being persecuted again for the same thing – their beliefs,” she said.

“The only difference is that at that time they were called ‘enemies of the people’. Now they are called ‘extremists.'”

She said the crackdown was only helping the group to attract more followers in Russia, where it has around 170,000 adherents, including some 300 in Oryol.

“It’s good advertising,” she said. “I’m not afraid of anything and Dennis is not afraid either.”