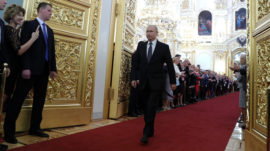 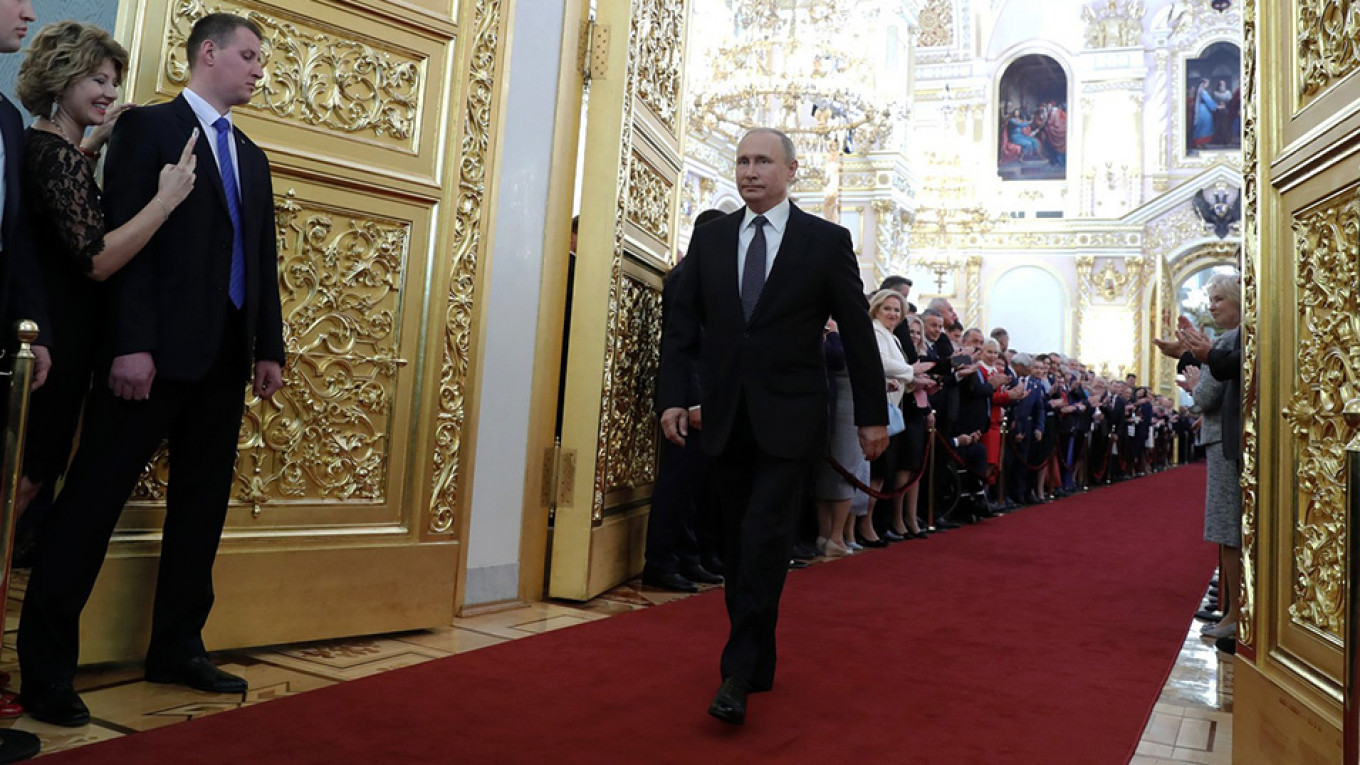 The Kremlin raised the possibility of changing Russia’s constitution after a top lawmaker proposed bolstering parliament’s powers, in a move that could help to extend President Vladimir Putin’s rule.

The idea of constitutional amendments, including allowing parliament a say in forming the government, received “a widespread response” and are “a matter for discussion,” Putin’s spokesman, Dmitry Peskov, told reporters on a conference call Wednesday.

Putin in 2024 must step down as president to avoid violating a constitutional ban on more than two consecutive terms. While he’s previously ruled out changing the constitution to remain as president, advisers are examining ways to effectively prolong his grip on power, which is already the longest since Soviet dictator Josef Stalin.

The Kremlin is considering changing the electoral system in an effort to secure its lock on the lower house of parliament in 2021 elections amid a plunge in popularity of the ruling United Russia party, according to people familiar with the preparations. Keeping a strong hold on the legislature, known as the State Duma, would widen Putin’s room for maneuver.

It could potentially allow him to switch roles to retain power as head of the ruling party and prime minister with expanded constitutional authority at the expense of the presidency, according to two people close to the Kremlin and a ruling-party legislator.

State Duma Speaker Vyacheslav Volodin, a key Putin ally, used an op-ed article Wednesday in Parlamentskaya Gazeta, the official publication of parliament, to argue that Russia must fix the “lack of a necessary balance between the work of the legislative and executive branches.”

This means “at a minimum” allowing lawmakers to take part in selecting government ministers, and “this will require changes to the Constitution,” Volodin said. Currently, parliament votes to approve the prime minister and the government team he or she selects.

Volodin said he was arguing for only minor “targeted” changes that didn’t fundamentally alter the balance of power in Russia, and his article didn’t mention the succession issue.

While pro-government members of Parliament mostly backed the idea, one senior United Russia lawmaker urged caution and the head of the Kremlin’s human rights commission, Mikhail Fedotov, said he opposed any change to the constitution.

Efforts to coax the leader of neighboring Belarus into a potential merger with Russia — which would enable Putin to take over as head of the united state — have floundered. Meanwhile, the move earlier this year by Kazakh President Nursultan Nazarbayev to step down while retaining a foreign policy and security role isn’t seen by many as a realistic model in Russia because the new president could theoretically still challenge Putin.