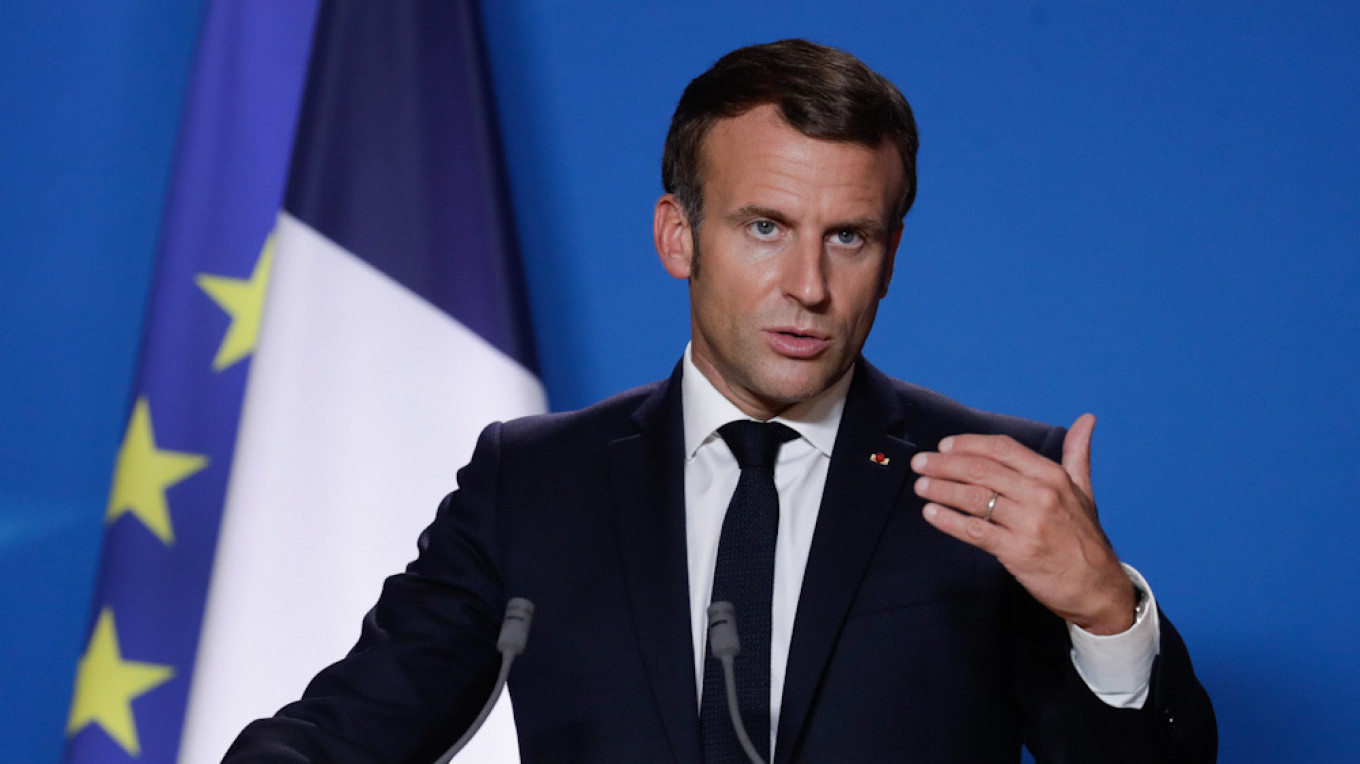 President Emmanuel Macron accused Russia and Turkey of seeking to promote anti-French sentiment in Africa by funding people who whip up resentment against France in the media, in an interview published Friday.

“We must not be naive on this subject: many of those who speak, who make videos, who are present in the French-speaking media are funded by Russia or Turkey,” he told Jeune Afrique magazine, accusing Moscow and Ankara of trying “to play on post-colonial resentment.”

He also said Turkey was contributing to misunderstandings over his defense of the right to caricature in the wake of last month’s beheading outside Paris of a teacher who had shown his class cartoons of the Prophet Mohammed.

“When I decided to attack radical Islam… my words were distorted. By the Muslim Brotherhood — quite widely — but also by Turkey, which has the ability to influence a lot of public opinion, including in sub-Saharan Africa,” he said.

Reiterating a position that has caused immense controversy in France and beyond over the last months, he added: “I am not attacking Islam, I am attacking Islamist terrorism.”

Tensions between France and Turkey have risen to new levels over a range of disputes in recent months, including Syria, Libya, the eastern Mediterranean and now France’s crackdown on radical Islam.

France has called for a total rethink of the European Union’s relations with Turkey, which under President Recep Tayyip Erdogan in the last years has significantly built up its presence and influence in Africa.

Russia has also played an increasingly active role in Africa, with analysts pointing to the presence in several countries of the pro-Kremlin mercenary group Wagner.

In a wide-ranging interview, Macron also ruled out negotiating with jihadist groups in the Sahel region of Africa, where France has a thousands-strong force deployed.

“We don’t talk with terrorists. We fight,” Macron said, as debates intensify in France and Africa over the long-term strategy of its Barkhane force.

He said that France could talk to different political and other groups, but not terrorist entities “which continue to kill civilians and soldiers, including our soldiers.”

And Macron accused Guinea’s President Alpha Conde of organizing a referendum on constitutional changes “solely to be able to keep power,” adding that the situation in the country was “serious” following post-election unrest.

“It is for this reason that I have still not sent him a letter of congratulations,” Macron said.

Macron added he hoped to visit Rwanda in 2021 despite continued tensions with the country and its President Paul Kagame over the 1994 genocide.