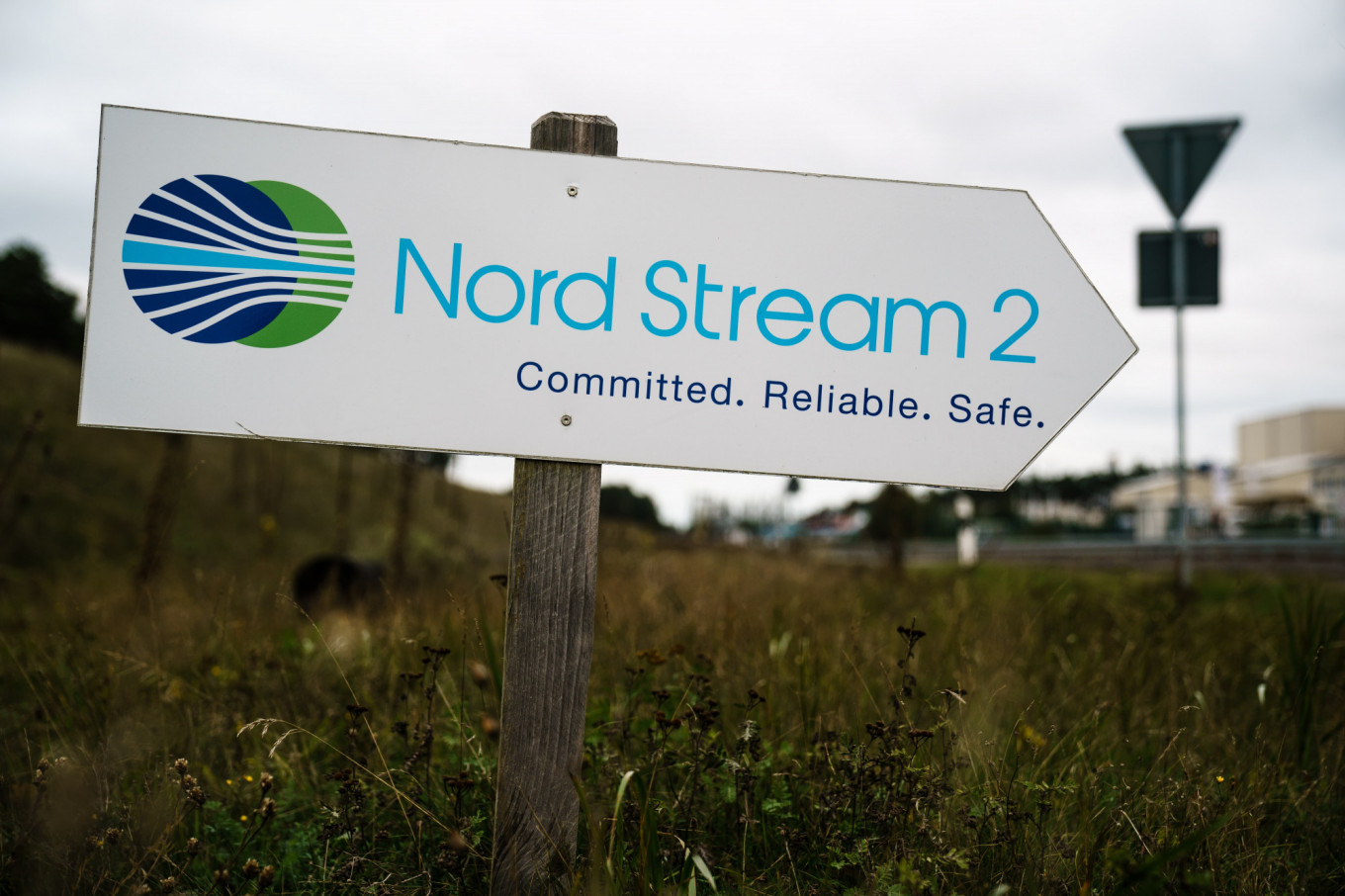 The EU Parliament on Thursday called for an end to the Nord Stream 2 pipeline project over the arrest of Russian opposition figure Alexei Navalny.

MEPs also called for sanctions against “Russian oligarchs” and allies of President Vladimir Putin, in response to the arrest of Navalny upon his return to Russia on Sunday.

The EU must “immediately prevent” the completion of the Germany-backed pipeline, said a non-binding resolution adopted in the European Parliament.

Nord Stream 2 is a 10-billion-euro ($11-billion) pipeline that will run beneath the Baltic Sea and is set to double Russian natural-gas shipments to Germany, Europe’s largest economy.

It has long been in the crosshairs of the United States, particularly by the Trump administration which has promoted U.S. gas and openly criticized European countries for their reliance on energy from Russia.

Poland, Ukraine and the Baltic states are also fiercely opposed to the pipeline, fearing it will increase Europe’s reliance on Russian energy, which Moscow could then use to exert political pressure.

The arrest of Navalny came after he was treated in a Berlin hospital where it was concluded he was poisoned with a rare Novichok nerve agent developed by Russia, plunging Germany’s relations with the Kremlin to a new low.

“It is in Europe’s interest that this pipeline is not built,” underlined Green Party European politician Reinhard Butikofer.

Despite the alleged murder attempt, Germany has pressed on with Nord Stream 2, with the final few kilometres of the 1,200-kilometre (750-mile) pipeline set to be laid.

Navalny is now in Moscow’s Matrosskaya Tishina prison — a notorious detention centre that has seen multiple deaths of prisoners in pre-trial detention.

The resolution condemns the actions of the Russian authorities as “politically motivated repression.”

The Kremlin is showing “contempt for its own people” and is “ruthlessly pursuing its own hold on power.”

MEPs therefore called for sanctions that would have to be agreed unanimously by the 27 EU member states.

So far, calls for further sanctions over Navalny’s arrest have come in particular from the three Baltic states, which are former Soviet republics.

According to EU foreign affairs chief Josep Borrell, the bloc’s foreign ministers will discuss the issue at a meeting on Monday.

However, in regards to the construction of the Nord Stream 2 pipeline, the EU’s hands are tied: “We cannot prevent companies from building it if the German government is in favour of it,” said Borrell.