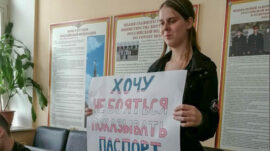 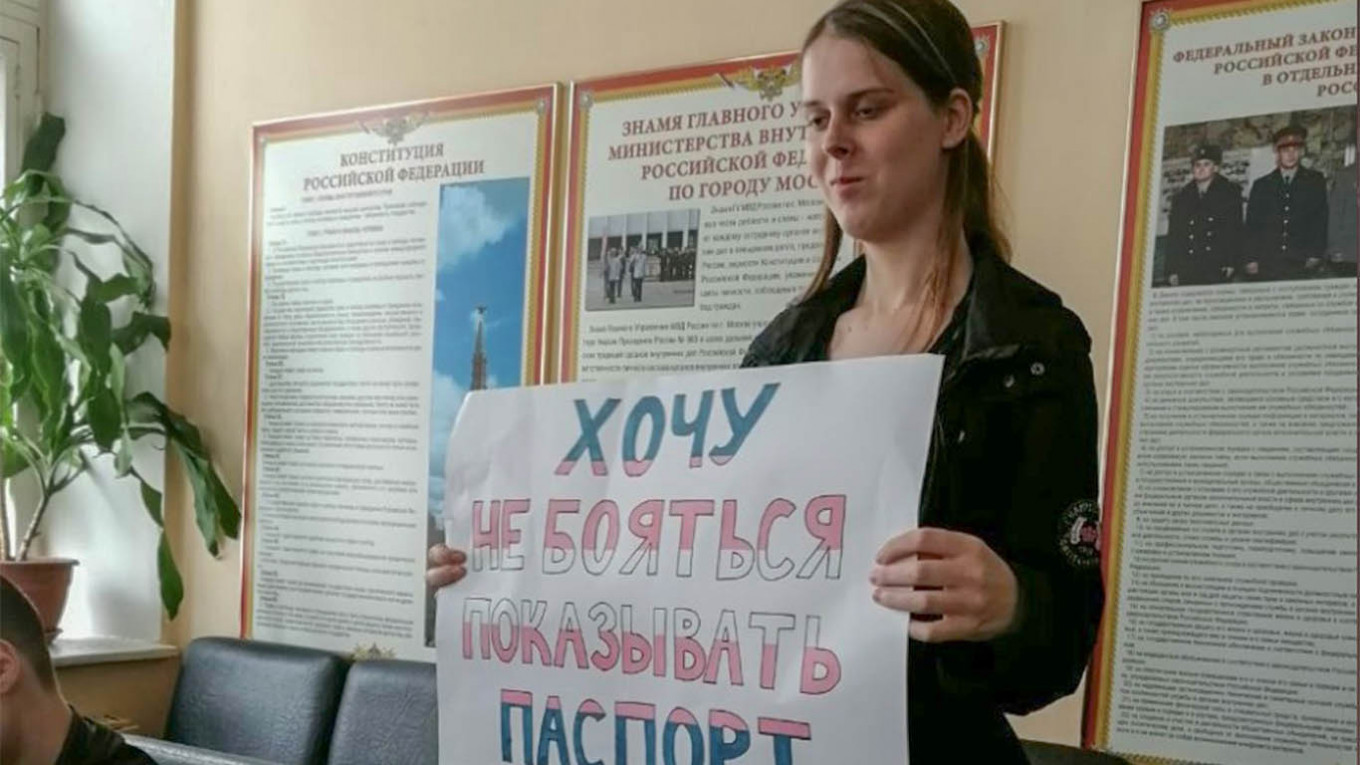 A Moscow court found Polina Simonenko guilty of repeatedly violating protest rules and sentenced her to 14 days in jail. Simonenko and around 30 activists had been detained over the weekend for staging solo pickets against a bill banning gay and transgender marriage and adoption in Russia.

The LGBT faction of Russia’s Grazhdanskoye Obshchestvo (“Civil Society”) activist movement said that Simonenko is now under threat of intimidation and bullying from guards and cellmates.

“There could be rape. It’s disgusting,” the group said on its Telegram social media app channel.

Simonenko’s lawyer Konstantin Boykov said she was placed in a male cell because she has not yet changed her documents to reflect her gender.

The group said that police officers beat Simonenko and fellow activists during their detention and in court.

Russia classifies transgender people as mentally ill and requires them to obtain a psychiatric diagnosis of “transsexualism” before receiving prescribed controlled hormone treatment. Russia is due in 2022 to change its classification to a sexual health issue in line with the World Health Organization’s global manual of diagnoses.

There are no official statistics on the number of transgender people in Russia, but experts have placed it at around 15,000, or about 0.1% of the population.

Russian lawmakers swiftly moved to ban same-sex marriage two weeks after voters approved a set of constitutional amendments that include language defining marriage as a “union between a man and a woman.”

One of its conservative co-authors has said the bill also bans transgender marriage.