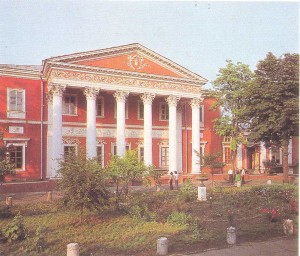 The Museum of Fine Arts is on this street (No. 5a). The building used to be the palace of Count S. Pototski and was built by an unknown architect between 1805 and 1810 in the style of early Russian classicism. The main section is two-storey high with a six-column Corinthian portico with a moulded frieze and three-cornered frontal. There are two concave wings.

The exhibition halls are richly ornamented, with painted ceilings, beautiful hardwood floors, made of rare varieties of wood, and fine marble mantelpieces.