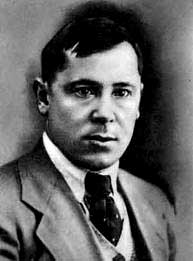 POETRY OF TRUTH AND PASSION

Jalil never kept a diary. “I don’t feel inclined to and I cannot and will not make myself keep one,” he once said. But when he left Kazan for the frontlines early in 1942, he felt an urge to entrust his feelings and thoughts to paper. The result, as he described it, was something intermediate between a diary and a letter. These notes convey his sorrow at parting from his beloved wife and his daughter Chulpan…. There is in them a premonition of his tragic fate. Some of the thoughts might sound trite, even slightly overstated had they not been intended for the eyes of the one person closest to him-his wife Amina:
“…I am not afraid of death. That is not an empty phrase. When I say I despise death, that is indeed so… There is a life… after death, in the awareness, the memory of the nation. If I have done anything of significance in my lifetime, anything that will remain, then I have deserved this other life-a life after death… Therein lies the objective of our lives: ‘to live so we don’t die after death.'”
“Disdain of death” to Jalil was not indifference. The thought that his dearly loved daughter would be orphaned caused his heart to turn over. “My heart is ready to overcome any trials, torture, and suffering, but it cannot reconcile itself to the hought that on the evening of January 8, when Chulpan saw her lather off, she was seeing him for the last time.” To die in the prime of life and talent is unnatural. Even the thought of death is unbearable for any human who is sound of mind. It was the more unbearable for a man who loved life to such a degree as did Mussa.
Yet Jalil was quite honest and did not contradict himself when he said he despised death. He felt he was an integral part of something much bigger, much greater than an individual, albeit an outstanding one. He felt he was a particle of society, of the nation, his Homeland. Without them he could not imagine his own life. He felt he was responsible for their destiny. Therein lay the source of his inner preparedness for his heroic feat. The very preparedness that he was soon to prove in word and in deed. For a poet, the former, incidentally, is tantamount to action.
In the Soviet Union Jalil projects the image of a poet of courage. His name has become the synonym, the symbol of courage, heroism and unbounded service to his country. A passionate admirer of Jalil’s poetry, the Azerbaijanian poet Samed Vurgun paid high tribute to Jalil’s courage and the grandeur of his exploit which rank him among the world’s greatest:
“The world and its literature know many poets who have made their names immortal, but there are few poets who have won immortality both by their unlading works and by the gallant sacrifice of their lives. They are: the great Byron, the renowned poet of the Hungarian people Petofi, the heroic Julius Fucik and, finally, Mussa Jalil.”
Mussa Jalil is the only pod of the Soviet Union’s multilingual literature who was simullaneously awarded two of the highest government decorations: Hero of the Soviet Union for personal courage and meritorious performance of duty, and the Lenin Prize for his cycle The Moabit Notebooks (both awarded posthumously). The fact that the awards came together testifies to the identity of the heroic feat of the man and the poet. His life is a model of selfless service to country and genuine heroism backed up by poetry. The appeal of his poetry, I mean first and foremost the Moabit cycle, lies in its truthfulness. Every line has been paid for with the highest price imaginable the sacrifice of blood and life.
This rare identity of word and deed is what appeals to the reader today, especially the young reader, in Jalil’s poetry. It ranks among the literary works that do not lose their lustre with the years. Quite the contrary, as time passes they glitter with new brilliance revealing hithertofore unnoticed facets. That is borne out by annual publications of the poet’s works in the many languages of the USSR, the big editions his books come out in (well over several million copies) and translations into scores of foreign languages.
When I was in Berlin in 1976 for ceremonies to mark Mussa Jalil’s 70th birth anniversary and to prepare the third edition of the Tatar poet’s works in the German language, the writers of the German Democratic Republic, wanted to know in what editions Jalil’s books came out in his land. I replied that the most recent Kazan edition of Jalil’s poetry came out in an edition of 250 thousand copies. The German writers were astonished. “You probably mean 250 copies?” they asked me. “No, 250 thousand, a quarter of a million,” I answered. I told them that Jalil’s books in editions of 100 thousand copies take only a few months, sometimes weeks, to sell out. To the German writers those figures sounded fantastic.
The poet’s great feat was prepared by his entire life. (Though I am far from thinking he prepared himself for it consciously. What’s more, would that have been possible?) It was not a momentary inspiration, he was not acting merely on impulse.
In 1921 the 15-year-old Mussa wrote a passionate poem, a poem that was an act of faith. For an epigraph he took the motto of the Paris Communards: “We’ll die but not be slaves.”

We are strong, we will not lose our bearings
There is none can bar our onward tread.
We are many, to the bright goal tracking,
We cannot and will not be misled.

Without fear we’ll close head on in battle,
Every raging tempest we will brave.
Even if for some the struggle’s fatal
None of us will ever be a slave.

Twenty-odd years later the prisoner of the fascist prison Moabit Mussa Gumeroff-Jalil (as his name was marked in the files of the condemned) wrote lines in his self-made notebook that sound like the direct continuation of his youthfully uncompromising poem:

Brave in battle you must be, djigit.
Hope in battle never leaves the brave.
Freedom goes with courage, they are granite.
If you have no courage you’re a slave!

It would be very simple to draw a straight line between those two extreme points and view Jalil’s entire life and creative work as a steady climb to the summit. But life develops along its own line, it has a logic of its own which will not be forced into straight-line blueprints. The poet had his ups and downs, his failures, he sought and was successful or bitterly disappointed. The Moabit Notebooks is the summit of the poet’s creative output, the summit to which his heroic spirit rose. But there is more to Jalil than the Moabit cycle. Jalil wrote lyrical poems, poems that were candidly of a publicistic nature, sometimes poems that were slogans from start to end, satirical poems and poems for children, librettos, satirical poems on topical subjects and reports in poetic form. Before the war Jalil was a well-known and widely recognised poet, the chief of the writers’ organisation of the Tatar Republic, whose poems were included in school books. That is why it is difficult to reduce his very original and beautiful world to just one, albeit principal, line.

There’s a monument to Jalil at the Spasskaya Tower of the kremlin in Kazan, one of the highest points in the city open to the winds blowing freely from the Volga. The poet is depicted with his feet entangled in barbed wire, his hands tied behind his back. With proudly raised head and narrowed eyes he gazes into the vast distance where he is destined to “live after death”. The muscles of his limbs are tensely knotted and his bare chest seems to breathe with unconquered power.
But there was actually nothing heroic about the appearance of the real, the earthly Mussa, as people who knew him say. Easy to get along with, high-spirited, sometimes hot-tempered, but always cooling off swiftly, he was, as they say, one of the boys. He enjoyed good company, heart-to-heart talks with friends, he loved a witty phrase and a good joke. He adored the nature of his land and was sensitive to the beauty of women.
Mussa Jalil was born in the small Tatar village Mustafino, in the Orenburg steppes. From childhood he knew what poverty and hunger meant and the humiliation that his people were open to in pre-revolutionary years. In 1921, when a severe draught hit the steppelands, he left home so the family would have one hungry mouth less to feed and became a vagrant in the city of Orenburg.
He slept in the streets, ate what he picked up in the marketplace and even stole to keep from starving, as Jalil admitted years later in his autobiography. Soviet government enabled him to get an education and made a respectable man of him.
…”The Mussa we knew was shortish, reticent and not at all striking in appearance,” wrote the Tatar poet Sibgat Hakim, a friend of Jalil’s. “He was never still, I was used to that. He had an astonishing wit, and his eyes laughed and sparkled constantly with a quicksilvery cunning…”
That was the portrait of Jalil student of a workers’ university, subsequently the Moscow University, the instructor of the Orsk, and then the Orenburg district committees of the Young Communist League, the editor of the children’s magazines Keekkene Ipteshljar (Little Comrades) and Oktyabr Balasy (The Children of October).
Jalil was never solely a professional man of letters. He was ahvays studying or working, often combining two or three duties simultaneously. His friends never slopped wondering at his inexhaustible energy, his erudition and the steel-trap wit of his logic.
His poetry was like him. Impulsive and passionate, believing implicitly in the just cause of socialism, hostile to all the trash surviving from pre-revolutionary times, it was, at the same time, kindly responsive, tender and lyrical.
No definite line can be drawn between Jalil the journalist, the reporter, and the poet. He often contributed articles, essays and reports on how the Stalingrad Tractor Plant and the Moscow subway projects were progressing, on the new Bolshevist productivity rates and about people who were in the fore, meeting targets set by the first five-year plans. He criticised bureaucrats and bribe-takers. He wrote about the youth movement and atheistic education, informed the readers of the sowing and harvesting. To one or another degree all those subjects subsequently found their way into his poems.
To Jalil there were no subjects that were below his dignity. Everything that concerned his country, concerned him personally. That is why he has so many poems that were timed for red-letter days, But he never treated such poems as shortlived. He gave them the same attention as he did to all of his other works.
Whereas his poetry on political subjects was usually written in the major key, his intimate lyrical poetry was much more low-keyed. It was sometimes sad, full of doubts and suffering: “It was quite unusual, our friendship! It was all sincerity and fire. But two strongwilled people, for each other to make hell of life we never tired.” (“To Hadiya”). It is not the fact that matters in this case, but the veracity of the emotion. 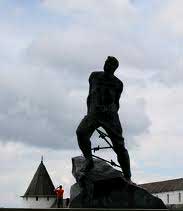 The room interior where Chekhovs’ family lived and father’s grocery was placed.
December 2, 2013

The monument of A. P. Chekhov in Taganrog. Sculptor I. M. Rukavishniki.
December 2, 2013

Working room of M.A. Sholokhov where he wrote the chapters of novel «And Quiet Flows the Don»
December 2, 2013