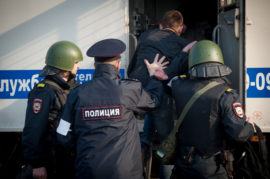 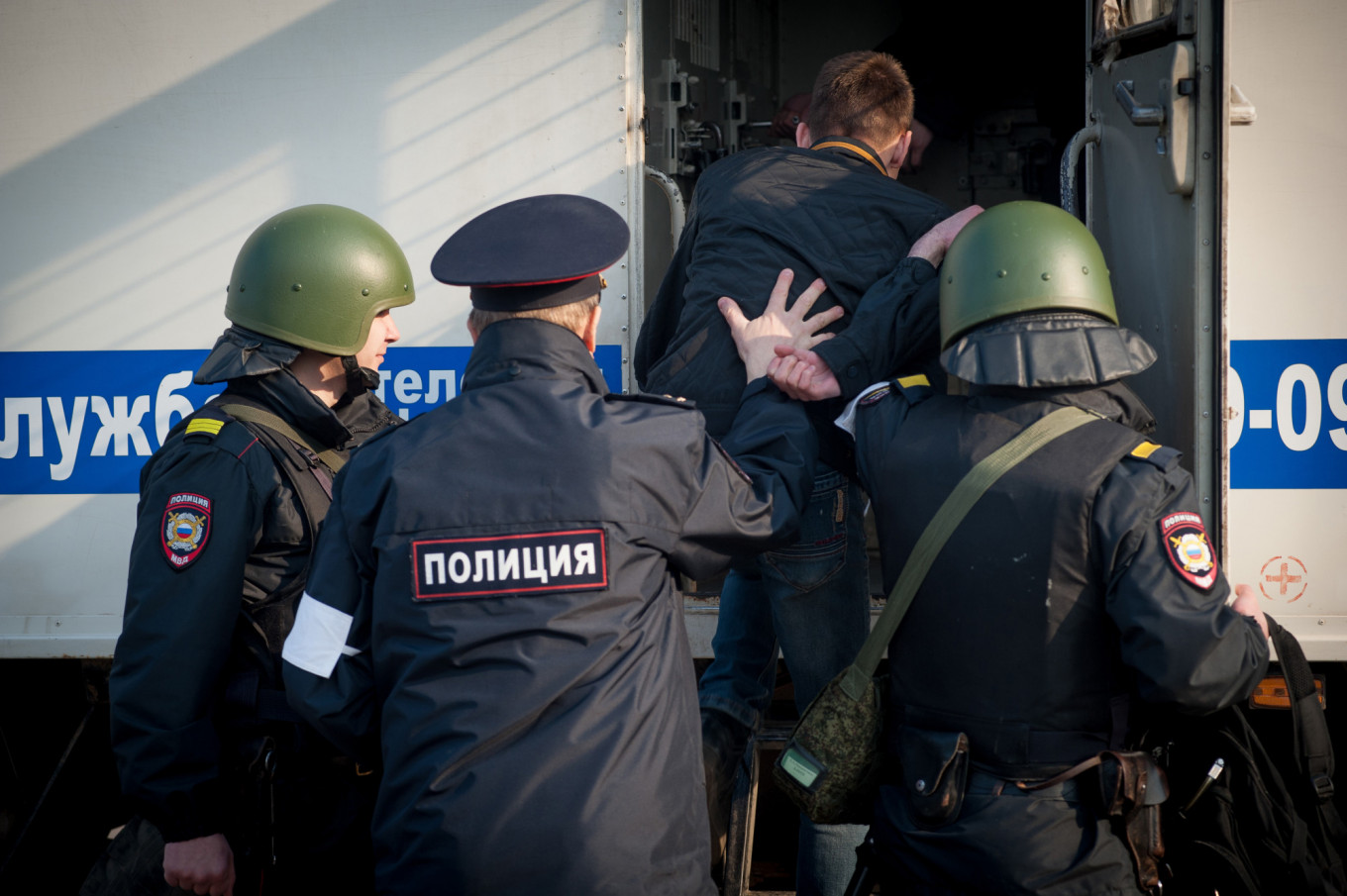 Two aides to opposition leader Alexei Navalny and exiled former oil tycoon Mikhail Khodorkovsky have been jailed for 10 days following May Day protests that ended in mass arrests on Wednesday.

The two were found guilty of organizing an unsanctioned rally “within a sanctioned demonstration,” the police-monitoring OVD-Info website reported.

The protests took place at a time when Putin’s rating has fallen to around 60 percent from a high of some 90 percent. That, say pollsters, is partly because the government has announced unpopular moves to raise the retirement age and hike value added tax after five years of falling real incomes.