No Survivors After Ukrainian Airplane With 176 Aboard Crashes in Iran 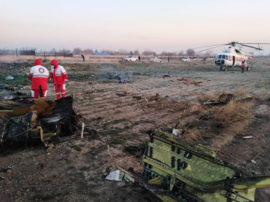 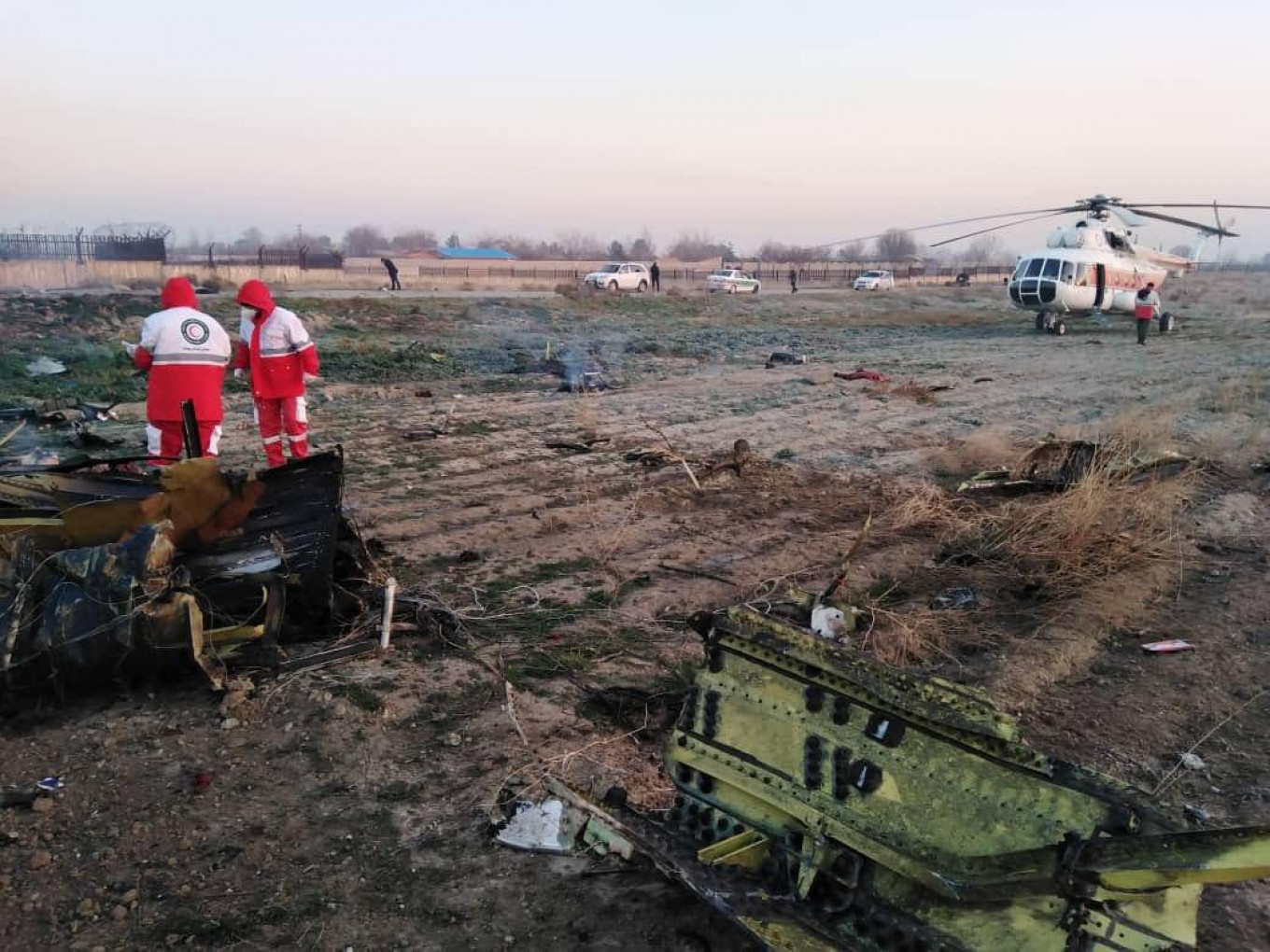 A Ukrainian airliner crashed shortly after take-off from Tehran early on Wednesday, bursting into flames and killing all 176 people on board.

Debris and smoldering engine parts from the Boeing 737, which carrier Ukraine International Airlines said was last serviced two days ago, were strewn across a field southwest of the Iranian capital where rescue workers in face masks laid out scores of body bags.

The accident occurred as confrontation between Iran and the United States threatens to trigger a wider conflict in the Middle East, and officials cautioned that speculation about what happened was premature.

It was the Kiev-based carrier’s first fatal crash, and it said it was doing everything possible to establish the cause.

Canadian Foreign Minister Francois-Philippe Champagne said was in touch with Ukraine‘s government. “Our hearts are with the loved ones of the victims … We will continue to keep Canadians informed as the situation evolves,” he said on Twitter.

Under international rules, responsibility for investigating the crash lies with Iran, and Iranian state television said both of the plane’s black box voice and data recorders had been found.

The semi-official Mehr news agency quoted the head of Iran’s civil aviation organization as saying it was not clear which country Iran would send the black boxes to analyze the data, but it would not give them to Boeing.

An amateur video, run by Iranian news agencies and purportedly of the crashing plane, showed a flash in a dark sky descending rapidly with comments that the aircraft was “on fire”, and then a brighter flash as it appears to hit the ground. Reuters could not authenticate the footage.

Asked at a briefing in Kiev if the plane could have been downed by a missile, Ukraine‘s Prime Minister Oleksiy Honcharuk cautioned against speculation until the results of the investigation were known.

Relations between Washington and Tehran are in crisis, with Iran having launched missiles at bases housing U.S. forces in Iraq hours before the plane crash, in retaliation for a U.S. drone strike last week that killed an Iranian military commander.

Major airlines cancelled Iran and Iraq flights and re-routed others away from both countries’ airspace following the missile strikes.

Safety experts say airliner accidents are rarely triggered by a single cause and that it typically takes months of investigation to understand all the factors behind them.

In Paris, the maker of the plane’s engines, French-U.S. firm CFM – co-owned by General Electric and France’s Safran – said speculation regarding the cause was premature.

Iranian TV said the crash was due to unspecified technical problems, and Iranian media quoted a local aviation official as saying the pilot did not declare an emergency.

An official at Ukraine‘s embassy in Tehran said Iranian authorities had asked it to rescind an initial statement from Iran based on preliminary information that had blamed the accident on engine failure.

The plane that crashed was a three-year-old Boeing 737-800NG en route to Kiev. Its last scheduled maintenance was on Jan. 6, the airline said.

“We are in contact with our airline customer and stand by them in this difficult time. We are ready to assist in any way needed,” the manufacturer said in a statement.

The 737-800 is one of the world’s most-flown models with a good safety record and does not have the software feature implicated in crashes of the 737 MAX. Boeing grounded its 737 MAX fleet in March after two crashes that killed 346 people.

Modern aircraft are designed and certified to cope with an engine failure shortly after take-off and to fly for extended periods on one engine. However, an uncontained engine failure releasing shrapnel can cause damage to other aircraft systems.

Ukraine President Volodymyr Zelenskiy said he had instructed his prosecutor general to open criminal proceedings following the crash, without specifying who they would involve.

Under international rules, Ukraine would be party to the investigation, and the United States would usually be accredited as the country where the jet was designed and built. France, where engine maker CFM has half its activities, may also be involved.

There was no immediate word on whether the U.S. National Transportation Safety Board would be involved. The NTSB usually invites Boeing to give technical advice in such investigations.