On and Off the Trans-Siberian Train: The Mother 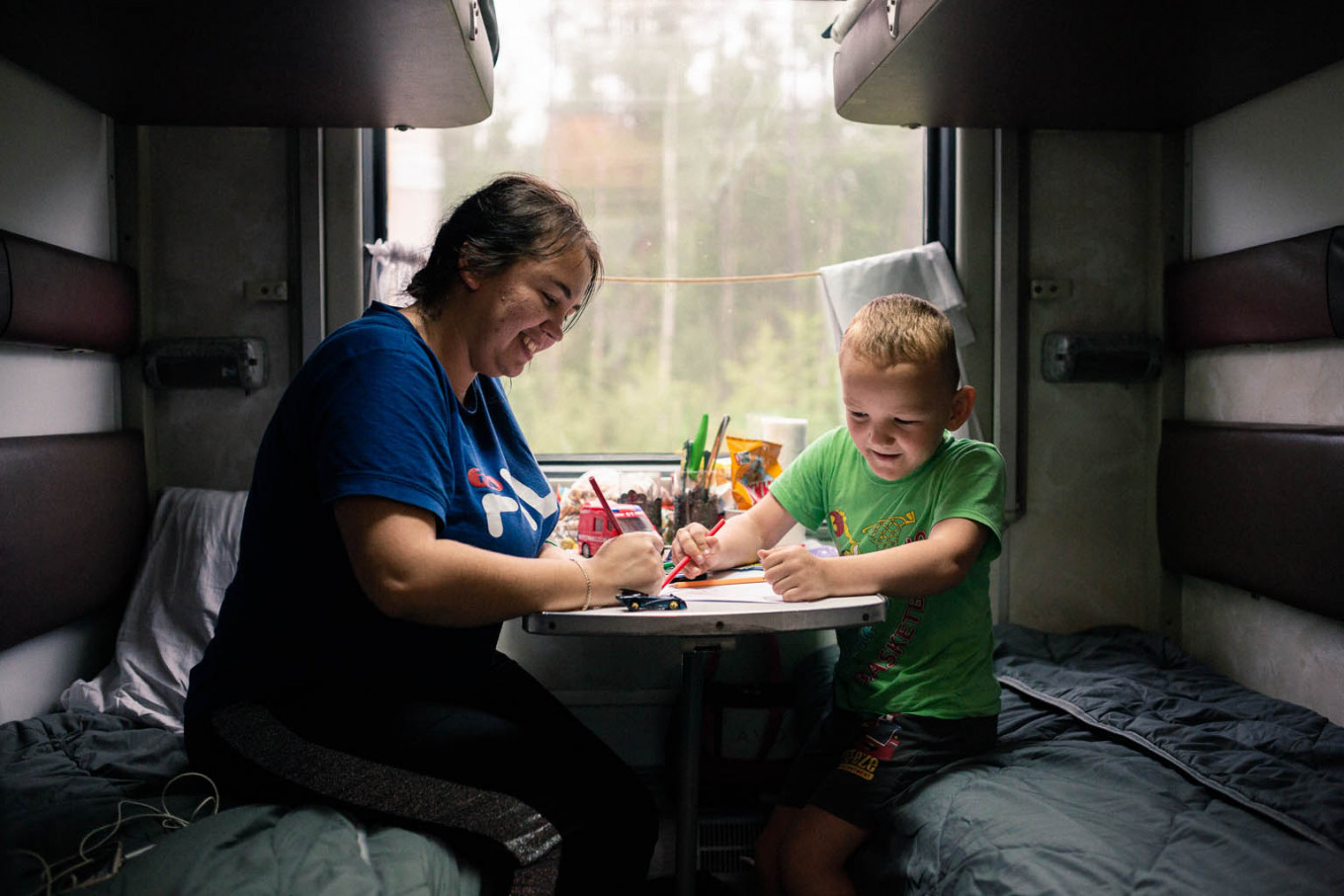 My mom had me when she was very young, just 18. She did not need kids, she loved going out and having fun. She would often abandon me to go to some party in some shady place. I still have a deep fear of drunk men. I just hate them. My father relinguished his parental rights early in my childhood, saying that my mom had me by mere accident.

When I was four, they took me to an orphanage, where I spent my whole childhood. Our teachers did a lot of brainwashing: “If you don’t do something, nobody will do it for you. Never rely on anybody, don’t wait for help, do everything on your own.” It stuck in my memory, and I still do everything on my own, never delegate anything. Orphan kids went to a regular high school, and even when students made fun of orphans, I never paid any attention to it.

Normally when you reach age 18, you receive a personal file with details of your admission to the orphanage: who took you there, what the situation was. I started looking for my mom, but I found her already dead: in 2007 she got into a car accident. My father is alive, but I did not feel like meeting him. I don’t like when people push me away. I don’t want to impose myself. If he inititated a meeting, I’d do it.

I found my grandfather, but when I met him, I didn’t sense any family connection. But I do have warm feelings towards my grandmother. When we met, she said she didn’t know that I grew up in an orphanage, that it happened. Most likely she just wasn’t interested in my destiny, despite the fact that we share the same blood. And I didn’t search for the rest of my relatives. The person I was closest to had already appeared in my life, and I didn’t need anybody else.

I met my husband when we were hanging out with the same group of people. For four years we kept an eye on each other. For a long time something was in the way of us being together; we would get closer, but then grow apart. Then one day we realized: it’s time to stop imagining things. If we haven’t found anybody else in four years, it means it’s destiny.

When I was pregnant, I had bronchitis. My son Danil was born prematurely in the seventh month of my pregnancy. He weighed 1 kg 660 grams and he was 43 centimeters long. Soon after giving birth I went into the ICU to take a look at my son for the first time. I didn’t feel any happiness. I just remember the sense of sorrow and pain. A tiny person was lying there, all pinched with tubes, connected to the venitlator. We spent three and a half months in a maternity clinic. They gave him medication for life support, said that he might not make it. They cautioned us he might be blind, as they gave him a lot of toxic antibiotics. But it was his hearing that became the problem.

First he was wearing a hearing aid. We got used to it: Danil went to a kindergarten, my husband and I both worked. We lived a normal life. But when his hearing became worse, he needed a complicated surgery. It is called capillary implantation; they install a transducer that transmits the sound to the brain. It digitizes everything and can decipher the meaning of the sound. But his hearing will never recover again.

We had to do surgery in Saint Petersburg, as we don’t have such specialists in Blagoveshchensk. Now we are on our way home after post-surgery check up. We had to go by train, six days there and six days back, 12 days of travel in total. There were a lot of expenses we could not predict because of surgery: flight, hotel, medical tests. It was less than a month between the surgery and the check up, and so we didn’t have enough time to save up money for the plane trip. It costs 25,000 rubles per person, and there was no discount for children.

It is very tough to hear from the doctors “no progress” all the time. During moments like this you wish to have a close person next to you to support you, but my husband unfortunately is not there. He is a welder, and he has unpredicatible working hours. He spends most of his time at work. Sometimes I get mad at him and tell him, “Help me”, but I understand that my husband is a man, and he should make a living, not solve women’s problems.

Danil’s personality is very kind, he is a mommy’s boy. He likes to be close by. But I try to develop independence in him. I always give him the right of choice. It’s a shame he has health issues.

Many doctors recommend having two children, but I don’t want that. I want to give myself fully to him. Now he is a child and it’s an excuse for everything, but later he will go to school. Teens are very complicated now. I am afraid they can start teasing him, and this could eventually isolate him.

Over these five years I got used to not being able to rest in any circumstances. He is very often sick, you can never relax, anything can happen at any time. I try to compensate, I want him to have things I didn’t have in my own childhood. I want him to trust me, I want to become someone he is very close to. Some people compliment me, but I think that any mother who loves her child would do the same.