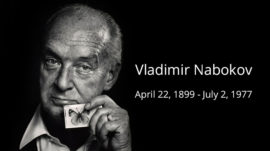 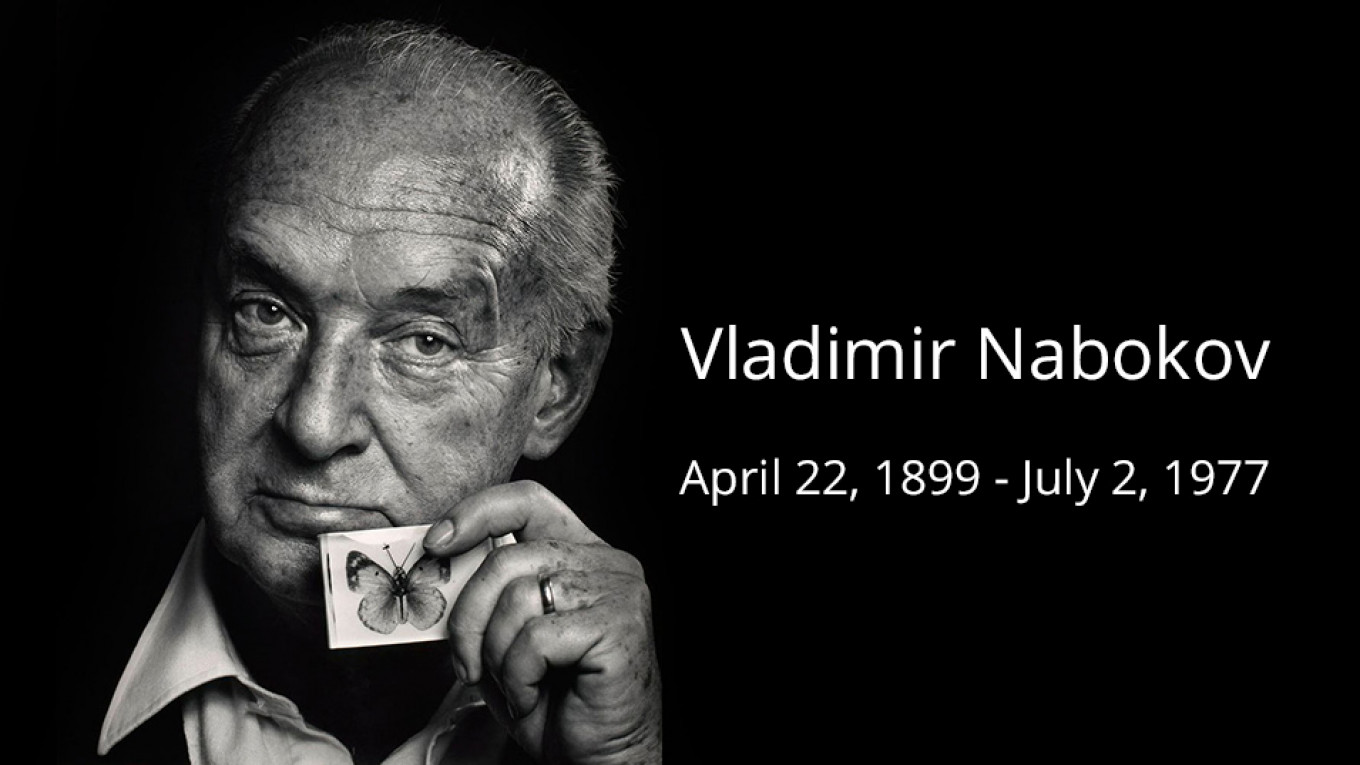 On this day in 1899, the writer Vladimir Nabokov was born in St. Petersburg. His father was a liberal politician; his mother a well-educated and cultured member of a prominent business family. He was the oldest of five children. He received his early education at home with governesses and tutors and then at a liberal private school. He spent long summers at his father’s estate, Vyra, about 75 kilometers to the south of St. Petersburg. This is where he developed his passion for entomology, specifically butterflies and moths, which he would pursue throughout his life.

After the abdication of the tsar, Nabokov’s father was made Secretary of the Provisional Government. The family, which regarded the 1917 Revolution as a temporary phenomenon, went south to Crimea to wait it out. When Red Army forces approached the peninsula, the family left Russia forever, with a minuscule portion of the family’s wealth in the form of jewels sewn in their clothing.

The family briefly settled in London before moving to Berlin, then the center of Russian émigré life and resistance to the Bolshevik regime. Nabokov and his brother studied at Cambridge University. In 1922, Nabokov’s father was killed when he shielded his colleague from a monarchist assassin at a public talk.

Nabokov stayed in Berlin, where he began publishing fiction and poetry under the pen-name of Sirin. He would write nine novels in Russian, including “The Gift,” one of the most celebrated Russian 20th-century novels. In 1925, he married Vera Slonim, who would be his beloved companion, translator, secretary, and business manager, typist, proofreader and contract negotiator until his death. They had one son, Dmitry, in 1934.

In 1936 the Nabokovs left Hitler’s Germany for Paris, and in 1940 they once again escaped the advancing Nazi army on a boat to the U.S. They lived briefly in New York before a position was created for Nabokov at Wellesley College outside Boston. Nabokov taught comparative literature and then Russian language and literature at Wellesley while acting as the informal curator of lepidoptery at Harvard University’s Museum of Comparative Zoology. Summers were spent on butterfly-hunting trips.

In 1948 the Nabokovs moved to Ithaca, New York to teach Russian and European literature at Cornell University. His lectures on literature, which were attended by hundreds of students including U.S. Supreme Court Justice Ruth Bader Ginsburg and novelist Thomas Pynchon, were later published.

After his move to the U.S., Nabokov began the arduous process of remaking himself as an English-language writer. His short stories and novels were enormously popular, and when “Lolita” was finally published in the U.S. and then made into a movie, the family were financially secure enough to leave academia. In 1959 he and Vera moved to the Montreux Palace Hotel in Switzerland, where they would remain until their deaths. Dmitry, an opera singer, race driver, writer and translator, spent most of his time near his parents in Europe.

Nabokov is known for his rich, precise but yet lyrical prose, complex plots, and wordplay. “Bend Sinister,” “Pnin,” “Lolita, “Pale Fire” and “Ada” are considered masterpieces. His legacy as a translator is mixed: from brilliant re-imaginings of his own works and thoughtful translations of Russian classics to his controversial four-volume translation of Alexander Pushkin’s “Yevgeny Onegin.” His work in lepidoptery, first considered amateur, is now recognized as significant.

Vladimir Nabokov died on July 2, 1977 of a lung infection. He is buried in Montreux.