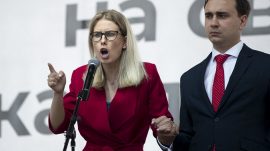 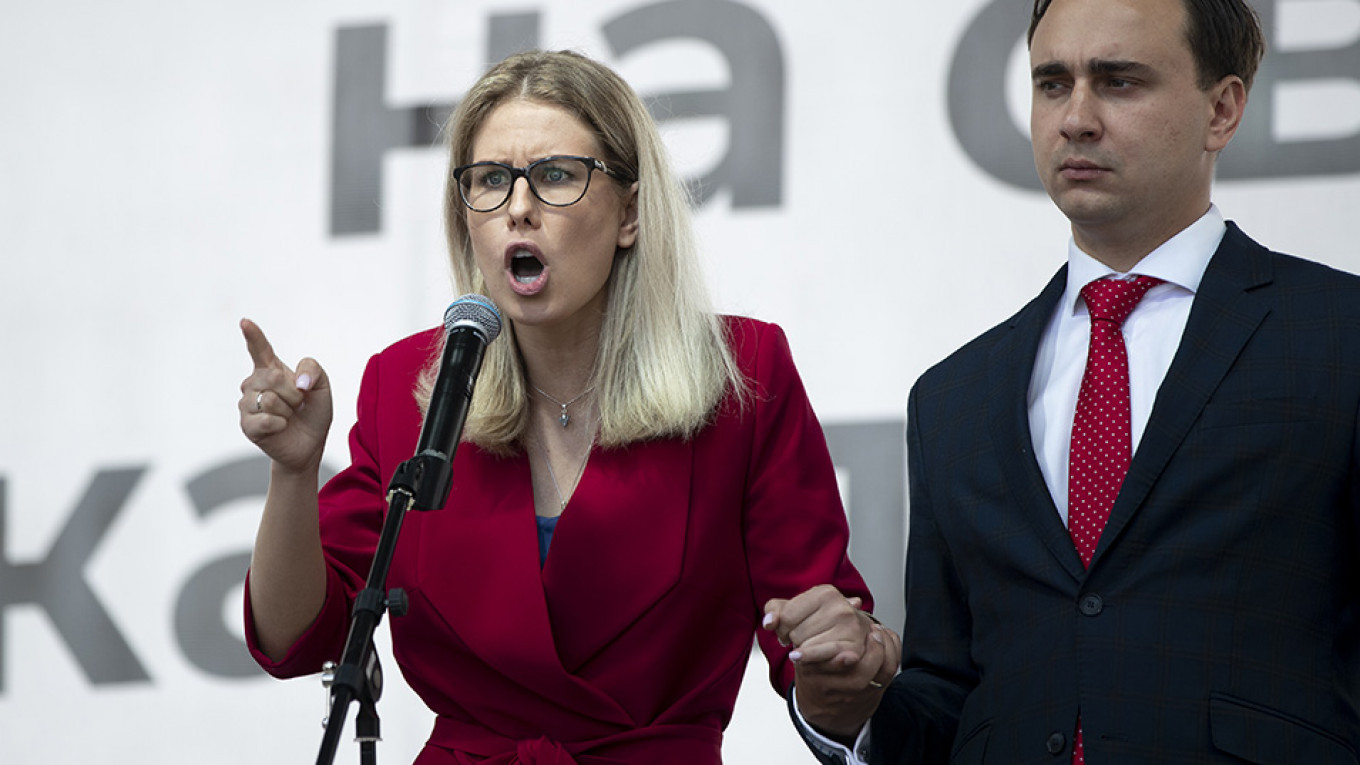 Russian opposition activist Lyubov Sobol has been attacked with an unknown liquid outside her Moscow apartment, the activist said on Thursday.

Sobol emerged as the de facto leader of this summer’s Moscow protest movement to demand fair local elections after several of her fellow opposition candidates were jailed on protest-related charges. Following a two-week lapse in protests, Sobol and other opposition figures have called on supporters to attend a peaceful protest in central Moscow on Saturday.

“They just attacked me near the entrance of my building when I got in a taxi,” Sobol tweeted. “They threw some dirt and flooded the inside of the car.”

“The whole thing was filmed by a [supporter of businessman Yevgeny Prigozhin] on video,” she added alongside photos of the taxi, her jacket and the boy who filmed her.

After Russian election officials this month struck down Sobol’s appeal to be allowed onto the Sept. 8 ballot, she called on supporters to take part in a “Smart Voting” strategy on election day.

In June, Sobol’s campaign booths had been attacked with feces while she was collecting the required signatures to appear on the Moscow City Duma ballot.

Prigozhin, often called “Putin’s chef,” has previously been linked to a 2016 attempt on Sobol’s husband’s life. This spring, Prigozhin’s school catering company sued Sobol, opposition Alexei Navalny and Navalny’s Anti-Corruption Fund over an investigation they conducted into the company’s supply of food to schools.