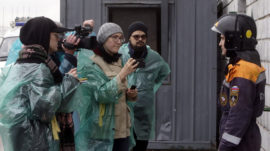 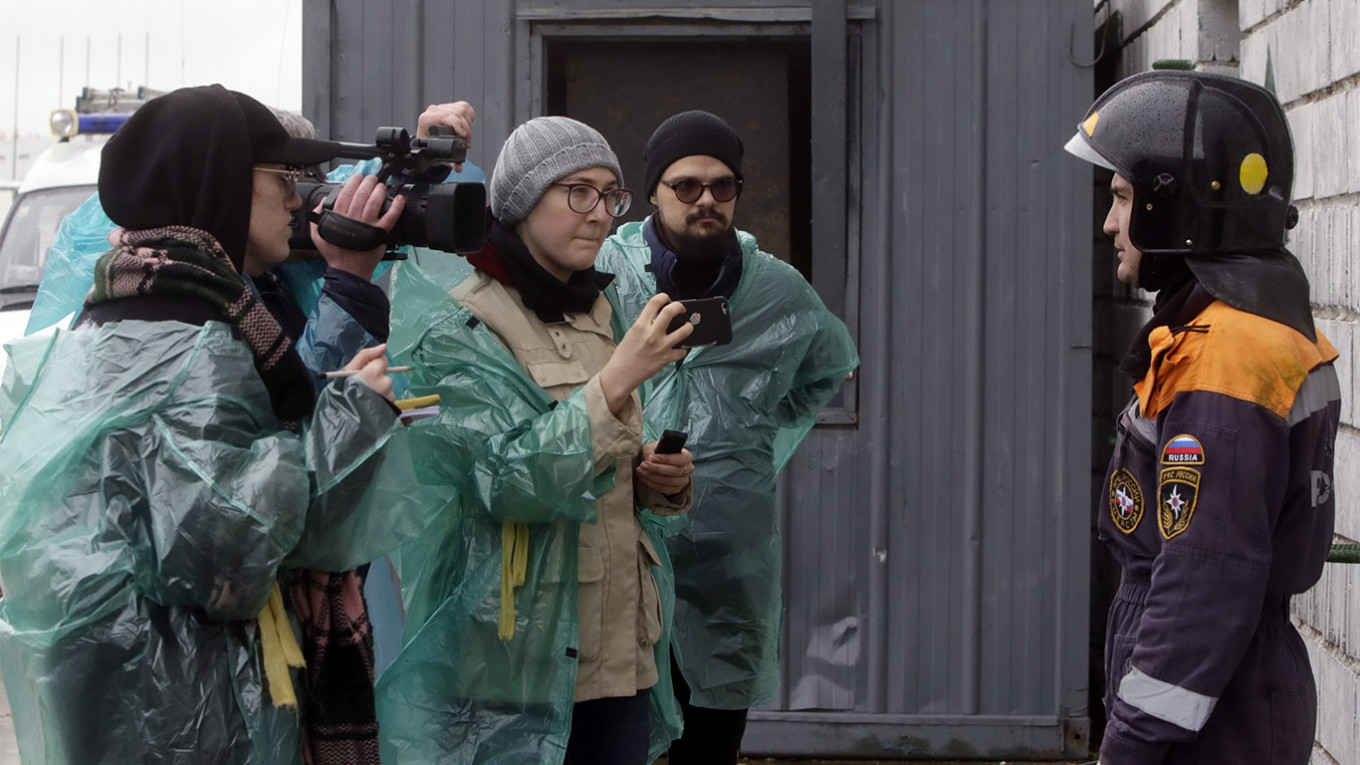 Members of a “pro-Western opposition division” in Russia are posing as journalists to “hide behind” the country’s mass media law and infiltrate its military facilities, Defense Minister Sergei Shoigu said Wednesday.

“[These activists] are working to infiltrate military installations and hunt for relatives and witnesses,” the Defense Ministry’s Zvezda news channel quoted him as saying. “[They] go into hospitals where our wounded and sick are treated, to cemeteries and funerals, to the families of our fallen boys. They take photos of the entrances and exits of our secret facilities and post them online.”

The defense minister didn’t specify which journalists or news organizations he was referring to, but called for stricter regulations to crack down on the problem.

Earlier this week, the state-run Rossia 24 broadcaster aired a report about Svetlana Prokopyeva, a journalist from the northwestern Russian city of Pskov who faces up to seven years in prison for an October 2018 column on a suicide bombing outside the security services headquarters in the city of Arkhangelsk.

Rossia 24 said Prokopyeva could be also charged with espionage over footage she recorded of an alleged military base near Pskov for the U.S.-funded RFE/RL news outlet’s Russian service.

Last year, Russia passed laws that enable the authorities to label individual journalists and bloggers as “foreign agents” and make it a crime to spread “fake news” online.