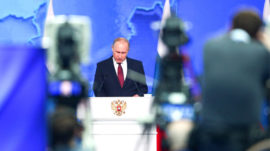 Russia will respond to any U.S. deployment of short or intermediate-range nuclear weapons in Europe by targeting not only the countries where they are stationed, but the United States itself, President Vladimir Putin said on Wednesday.

In his toughest remarks yet on a potential new arms race, Putin said Russia was not seeking confrontation and would not take the first step to deploy missiles in response to Washington’s decision this month to quit a landmark Cold War-era arms control treaty.

But he said that Russia‘s reaction to any deployment would be resolute and that U.S. policy-makers, some of whom he said were obsessed with U.S. exceptionalism, should calculate the risks before taking any steps.

“It’s their right to think how they want. But can they count? I’m sure they can. Let them count the speed and the range of the weapons systems we are developing,” Putin told Russia‘s political elite to strong applause. 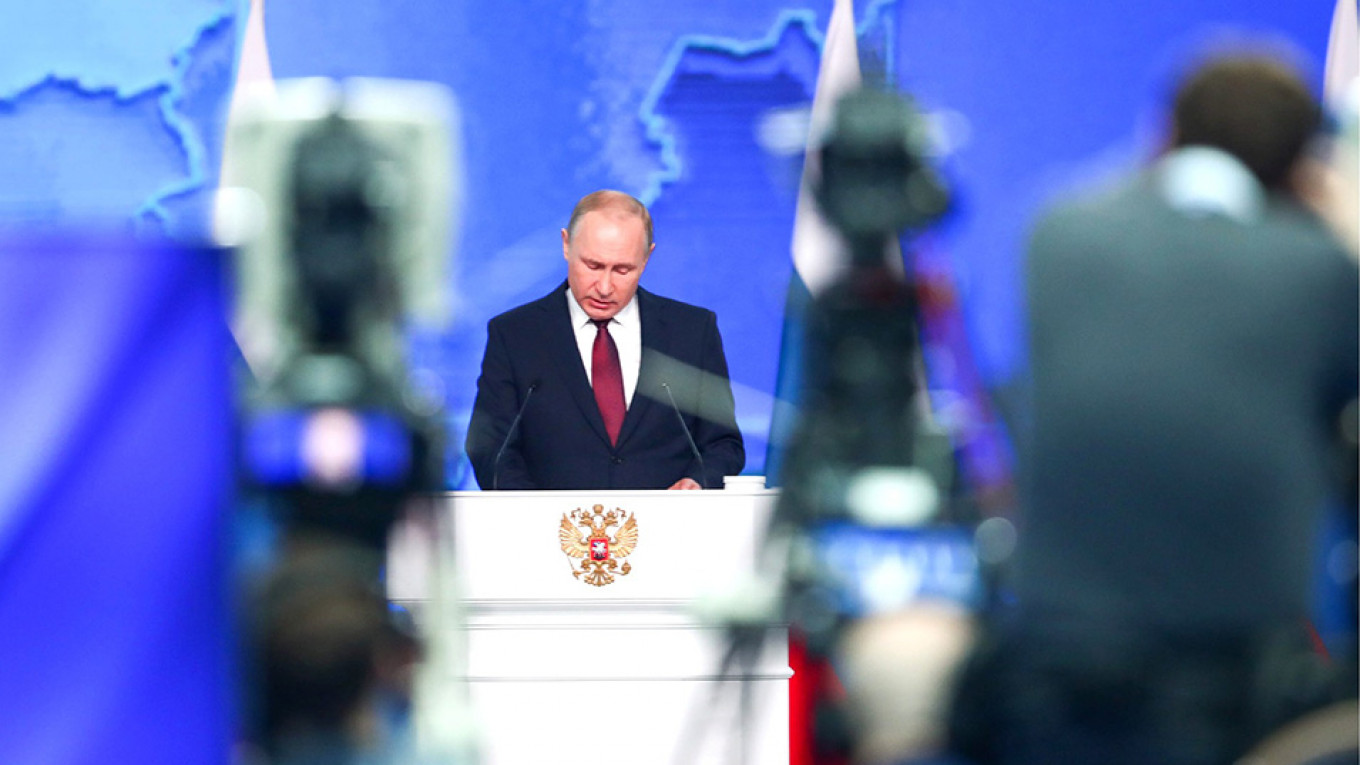 Alleging Russian violations, Washington said this month it was suspending its obligations under the 1987 Intermediate-range Nuclear Forces Treaty (INF) and starting the process of quitting it, untying its hands to develop new missiles.

The pact banned either side from stationing short and intermediate-range, land-based missiles in Europe and its demise raises the prospect of a new arms race between Washington and Moscow, which denies flouting the treaty.

Russia denies violating the treaty. Putin responded to the U.S. move by saying Russia would mirror the U.S. moves by suspending its own obligations and quitting the pact.

But Putin, who has sometimes used bellicose rhetoric to talk up Russia‘s standoff with the West and to rally Russians round the flag, did not up the ante.

He did not announce new missile deployments, said money for new systems must come from existing budget funds and declared that Moscow would not deploy new land-based missiles in Europe or elsewhere unless Washington did so first.

On Wednesday, he made clear however that he was ready, reluctantly, to escalate if the United States escalated and that Russia was continuing to actively develop weapons and missile systems to ensure it was well prepared for such an eventuality.

He said any U.S. move to place new missiles in Europe would leave Moscow with no choice but to respond because it would drastically cut the time it took U.S. missiles to reach Russia, something that would pose a direct threat.

He said Russia wanted good ties with the United States, but was ready with its defensive response if necessary.

“We know how to do this and we will implement these plans immediately, as soon as the corresponding threats to us become a reality.”

Having an Honest Business Is Not Possible in Russia, Majority SaysThe Highlights of Putin’s Federal Assembly Address