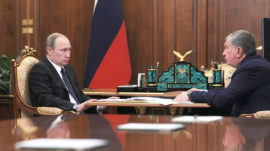 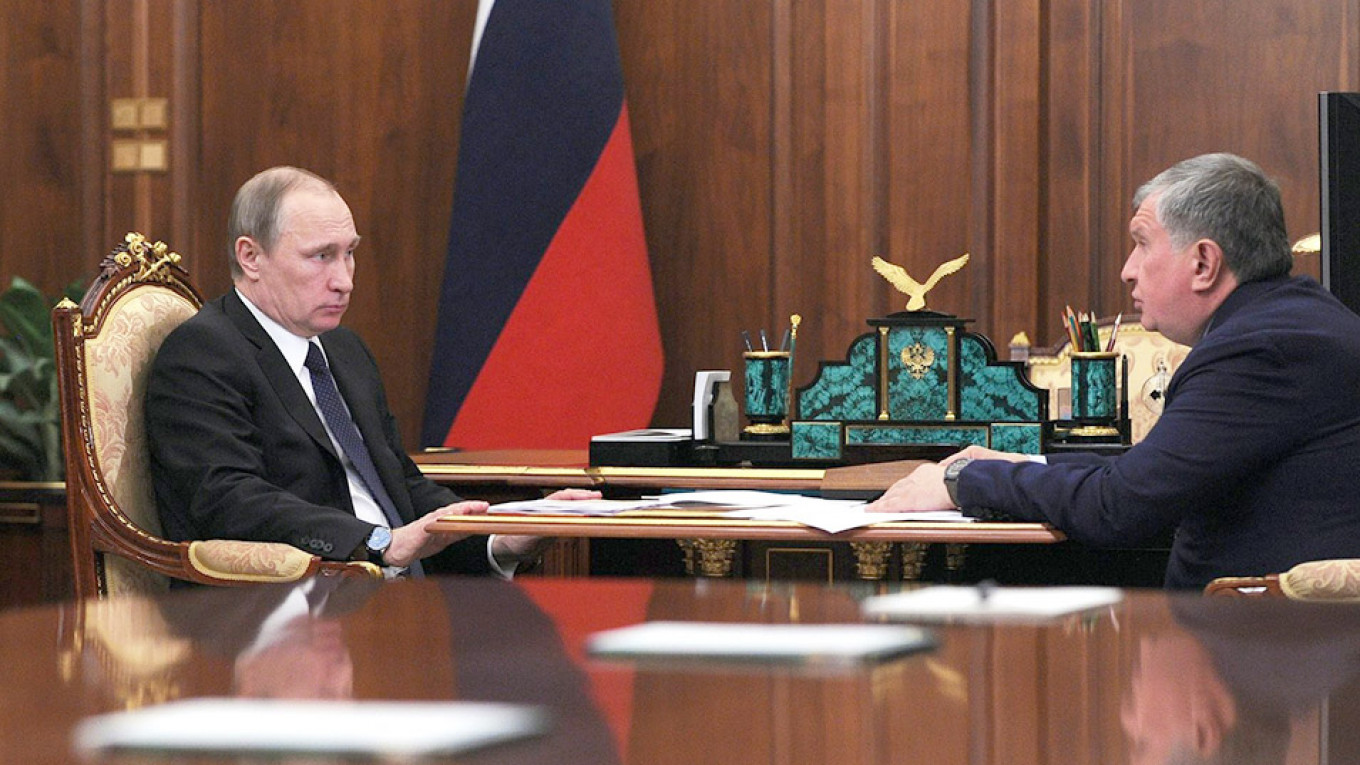 Igor Sechin, head of Rosneft, the world’s biggest publicly-traded oil company, and Nikolai Tokarev, the boss of Transneft, the world’s largest pipeline network, are embroiled in an unusually public and rancorous dispute over their companies’ responses to the contamination of Russia’s Druzhba (“Friendship”) pipeline, an episode that disrupted exports and tarnished Moscow’s image as a reliable energy supplier.

Sechin and Tokarev have quarreled on and off for over a decade about everything from tariffs to Chinese oil deliveries. But the bitter and public nature of their latest clash is new and puts Putin in a tricky position, two government sources say, since both have been part of his circle of loyalists for decades.

Publicly, Putin has remained on the sidelines while the two men wage a war of words by news release leveling allegations of treachery and incompetence.

“The situation is complicated by the fact that they are both Putin’s friends. That’s why Putin is reluctant to take anyone’s side,” said one of the government sources, who declined to be named because of the matter’s sensitivity.

Tatyana Stanovaya, head of analysis firm R.Politik, said Putin’s hands-off approach also reflected a change in how he governed Russia and a move to distance himself from some domestic matters and focus instead on international affairs.

“The Putin system is still there but Putin isn’t because he’s gone into geopolitics,” said Stanovaya. “And without him, everyone fights among themselves.”

The Kremlin has denied Putin spends most of his time on foreign affairs. It did not respond to questions about the nature of the dispute or why Putin had not intervened. Kremlin spokesman Dmitry Peskov has previously said that the row was a corporate matter and not something for Putin to get involved in.

Representatives of Rosneft and Transneft did not respond to questions about the nature of their dispute or whether they believed Putin should mediate. Sechin and Tokarev did not reply to requests to comment.

A third government source said he thought Putin was letting the dispute play out because it helped distract from a central and unanswered question: Who was to blame for the dirty oil scandal.

Russia is still looking into how the Soviet-era Druzhba oil pipeline to Europe, the world’s longest, was contaminated with organic chloride, a chemical used to boost oil extraction but which can damage refining equipment.

Transneft Sets Cap on Compensation as It Braces for Contamination Claims

Since the contamination was uncovered in April, Rosneft has publicly accused Transneft of fumbling its response and of failing to devise a plan to prevent it happening again, while Transneft has accused Rosneft of getting its facts wrong and of making unsubstantiated compensation claims.

Transneft needs a truce with its largest customer if it is to draw a line under the scandal and agree compensation deals with it and other oil producers.

Their row hit a low-point earlier this month when Transneft curbed oil intake from Rosneft, cutting Russian production close to a three-year low. The curbs have since been lifted and output levels have been restored, Energy Minister Alexander Novak said last week.

Putin got to know Sechin, 58, when they both worked in the St Petersburg mayor’s office in the early 1990s. When Putin later moved to Moscow to join the presidential administration, Sechin moved too.

“I liked him,” Putin told authors of a book about his own life.

Initially, Sechin had a low profile. A 2008 U.S. embassy cable released by Wikileaks noted that “During much of Putin’s first term, Sechin was so shadowy that it was joked he may not actually exist but rather was a sort of urban myth, a bogeyman, invented by the Kremlin to instill fear.”

Eight years later, Sechin’s participation in a police sting operation that led to the then economy minister being imprisoned for taking bribes, cemented his reputation as a ruthless operator.

Tokarev worked with Putin in the KGB in East Germany in the 1980s.

At a birthday party in 2017 for Lazar Matveyev, their former KGB boss in East Germany, Putin told the gathering that working with Matveyev had been a great school of life for him and Tokarev, according to television footage released by the Kremlin.

Some analysts say the public feuding between Sechin and Tokarev is symptomatic of a long period of uncertainty running up to 2024 when Putin is due to step down. People will jockey for position and battles for influence will become more pronounced, they say.

“When the music stops in 2024 people want to make sure they’re not just standing by the right chair but that they’re sitting in the most comfortable chair.”