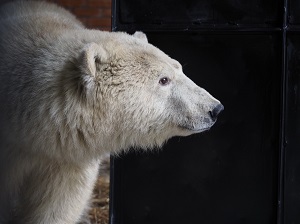 A 1.5 year-old polar bear cub was rescued on Dikson Island with help of Rosneft Oil Company and Wildlife Conservation and Research Society. The rescue operation for the little warden of Arctic lasted almost a week. Under supervision of an experienced veterinarian and zoologist, the bear in a special cage was delivered to Krasnoyarsk nature park “Roev Ruchey”, where a new house for polar bears had been installed with support of the Company. 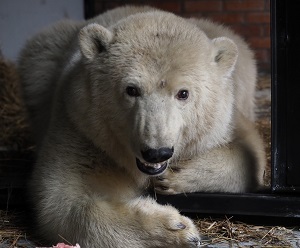 Since 2015, Rosneft has been implementing an integrated programme on support and protection of polar bears that include rescuing and recovery management of young orphaned bears. Moreover, the programme covers care for the animals in all zoos of Russia.

The orphaned polar bear cub had nearly died of starvation on Dikson Island. He had almost no hunting skills and was attached to human dwellings in his search for food. The young animal had been eating all sorts of things, including pieces from a local waste deposit, trying to survive. Sometimes, the cub had stayed for a night right under the houses.

As of today, the bear cub’s life is safe. In Krasnoyarsk zoo, he feeds well and has already started to put on some weight.

Rosneft pays special attention to conservation and research of polar bear. During complex Arctic expeditions of the Company, Rosneft is carrying out research of polar bears, using modern technologies. Animals are marked with special collars fitted with satellite transmitters to track their routes; biological samples are being taken. The results of immunologic, microbiologic and molecular-genetic research of all the biological probes taken allow evaluating of grade and contents of anthropogenic substances in the polar bear organism; assessing of health state of different age-sex groups in varying habitats; and defining of the degree of studied individuals’ relationship. This research is a part of the Company’s polar bear support and protection program, which involves fostering the animals in zoos all over the country.