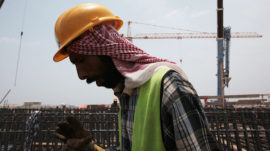 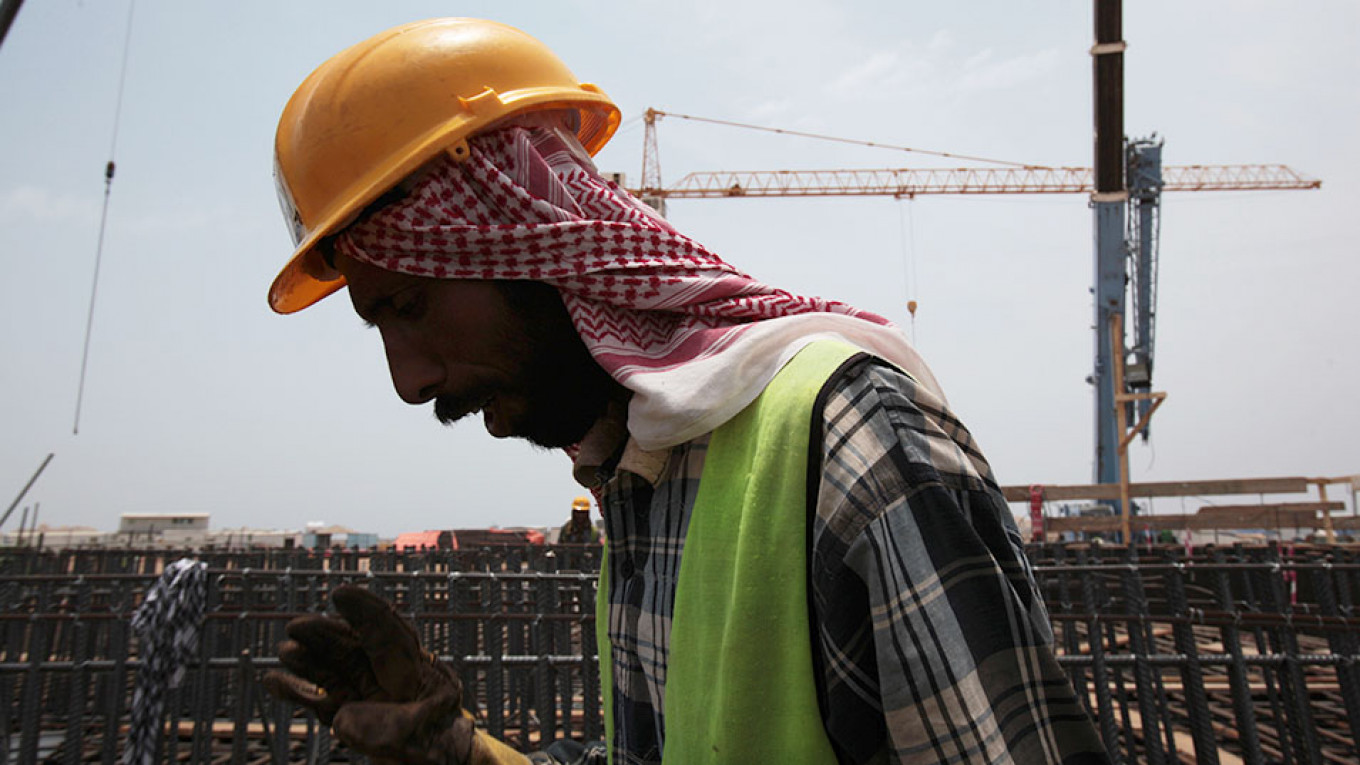 Russia is set to be a major winner after an attack on Saudi Arabian oil facilities slashed production and ramped up tensions in the Middle East, analysts predict.

In a frantic day for the world’s markets, oil prices climbed by almost 15% Monday following the drone attacks on Abqaiq, Saudi Arabia’s largest oil refinery, which pumps around 5% of the world’s oil supply.

Higher oil prices are generally good for Russia, the world’s second-largest producer. With tensions high in the Gulf and Moscow poised in a careful diplomatic balancing act in the Middle East, Russia is already benefiting from increased nervousness.

“For Russia, the short-term effects are favorable,” said Nigel Gould-Davies, an associate fellow at Chatham House and a former British diplomat in Moscow. “Higher revenues from the oil price jump will be welcome. If Russia can also supply higher volumes at this price to help fill the hole left by the fall in Saudi exports, then so much the better.”

For the government, every $1 increase in oil prices brings in $7.5 million in extra revenue every day, said Chris Weafer of Macro Advisory. That would mean a $65 million windfall on Monday alone, given the record surge in prices.

Shares in Rosneft were also up 5% in a bumper day for a Russian stock market which has already climbed 30% this year. Citigroup said in a research note that Rosneft is “best positioned” to cash in on the market turmoil.

The outlook for oil prices had been negative due to the weakening global economy, but this attack has triggered a multibillion-dollar reassessment.

“Going forward, there will now be a risk premium built into oil prices reflecting lost Saudi production and the vulnerability of its oil infrastructure. Saudi Arabia is the world’s swing producer, able to raise and lower oil production by millions of barrels a day in a very short time. That capacity is now not available,” said Jeffrey Halley, a senior market analyst at OANDA.

Citigroup’s Ed Morse wrote: “No matter whether it takes Saudi Arabia five days or a lot longer to get oil back into production, there is but one rational takeaway from this weekend’s drone attacks on the kingdom’s infrastructure — that infrastructure is highly vulnerable to attack, and the market has been persistently mispricing oil.”

Capital Economics estimated that oil prices could range between $60 and $150 per barrel depending on how the situation in the Gulf develops.

In addition to any short-term windfall and pickup in energy stocks from higher oil prices, the attack could trigger a gradual pivot toward Russia among oil buyers.

“Longer-term, this strengthens the reputation of countries like Russia, which are not seen as carrying the same risks in terms of supply,” said Charles Robertson, global chief economist at Renaissance Capital. “Russia has never had a problem supplying gas to Western Europe in 45 years of the Cold War, let alone having terrorists attack installations. Russia comes out well in terms of the perceived security of its supply.”

Macro Advisory’s Weafer said: “Europe and Asia will be much more sensitive to energy security now. Russia has been — and has always been — a reliable energy partner. Even despite the contamination of the Druzhba pipeline earlier this year, Russia remains a very secure partner. Whereas the Middle East, while it has more energy, is a lot more vulnerable. Now that the world’s most secure facility has been attacked, question marks over supply in the Middle East become even larger. By default, that helps Russia.”

In principle, the longer uncertainty remains, the longer oil prices will stay elevated and the more Russia can profit, Gould-Davies said.

“The most important issue now, for Russia and everyone else, is how the situation in the Middle East develops,” he added.

“A major conflict between Saudi Arabia and Iran, especially one that brings in the United States, would likely produce major turbulence on global energy markets from which Russia could benefit. On the other hand, Russia may then be forced to choose diplomatically between countries with which it has, rather deftly, kept good relations,” he said

Alexey Khlebnikov, an expert with the Kremlin-founded Russian International Affairs Council, said attacks on Saudi infrastructure could lead Riyadh to become “more serious about purchasing Russia’s S-400 [missle defence systems] and other arms”, which would be a highly lucrative multi-year deal. Russia’s contract to supply Turkey with S-400s was reportedly worth $2.5 billion. Speaking on Monday, President Vladimir Putin already started promoting the system to the Saudis, claiming it “is capable of defending any kind of infrastructure in Saudi Arabia from any kind of attack.”

In terms of global energy prices, “the Russia-Saudi relationship has proven very successful in rebalancing the market,” said Antony Oussov, KPMG’s global head of oil and gas, pointing out the benefits of the OPEC+ deal between Russia, Saudi Arabia and 22 other countries to cut oil production. “Even though it’s a non-market mechanism, the deal did very well in … achieving a comfortable price level for both producers and consumers.”

That deal could now come under pressure as a result of the attack, said Ashley Peterson, lead oil analyst at Stratas Advisors.

“If Iran is officially blamed, and there is any hint that Russia saw this coming, helped provide technology at any point or had any tangential relationship to the attack, then obviously Saudi-Russia relations will be damaged and trust eroded,” she said.

Alternatively, “if the damage turns out to be significant and [oil] prices are high for several months due to the shortage, that changes the supply and demand dynamics heading into the next [OPEC+] meeting. The argument for extending a supply cut when prices are high because future demand will be weaker is a tougher sell … Saudi Arabia might have trouble getting buy-in from the broader OPEC+ group, or even OPEC itself.”