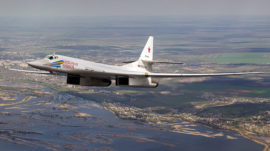 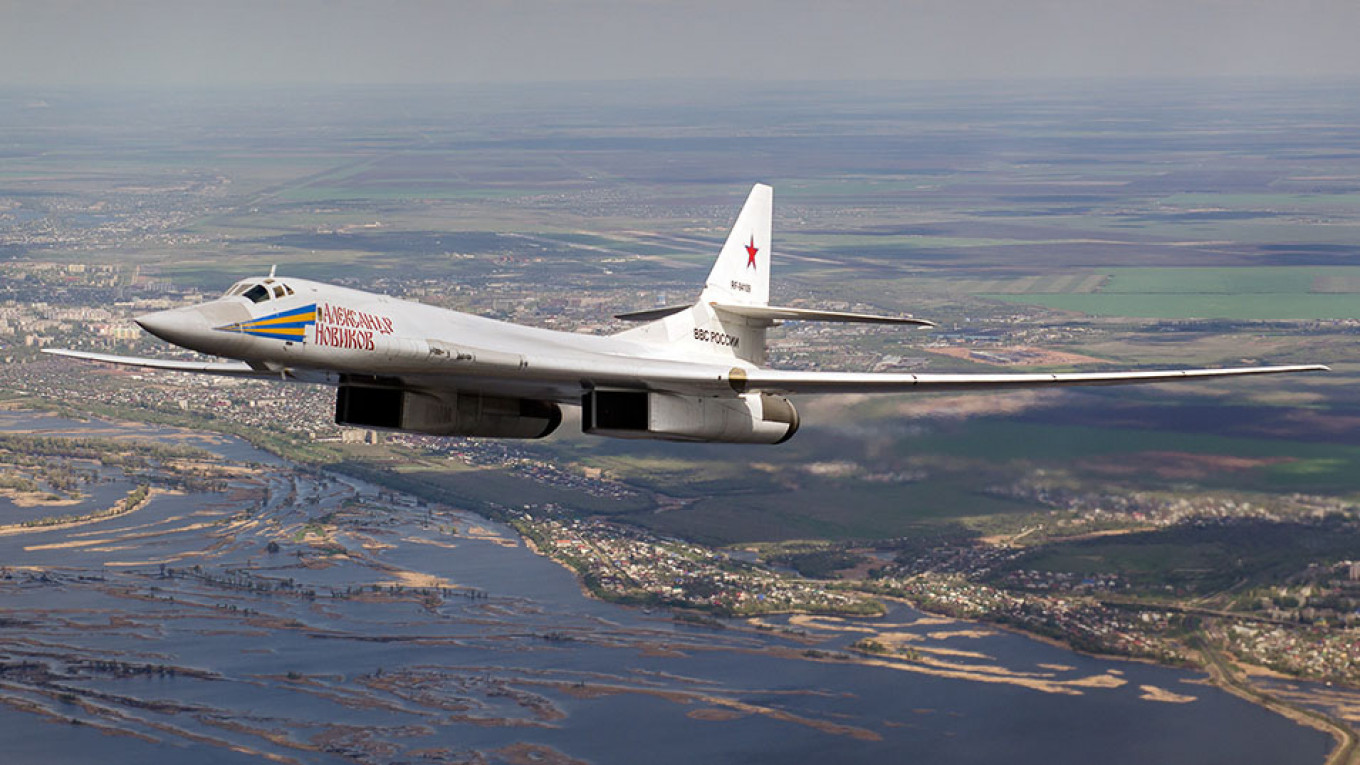 Russia said Wednesday it had flown two nuclear-capable TU-160 bombers to a far eastern Russian region opposite Alaska as part of a training exercise that state media said showed Moscow’s ability to park nuclear arms on the United States’ doorstep.

The Tupolev TU-160 strategic bomber, nicknamed the White Swan in Russia, is a supersonic Soviet-era aircraft capable of carrying up to 12 short-range nuclear missiles and of flying 12,000 kilometers (7,500 miles) non-stop without re-fueling.

Russia‘s Defense Ministry said in a statement that the planes had covered a distance of more than 6,000 kilometers (3,728 miles) in over eight hours from their home base in western Russia to deploy in Anadyr in the Chukotka region, which faces Alaska.

The flight was part of a tactical exercise that would last until the end of this week, it said, and was designed to rehearse the air force’s ability to rebase to operational air fields and to practise air-to-air refueling.

Footage released by the Defense Ministry showed the planes taking off in darkness and landing in daylight at an airfield set amid flat grassy terrain in the Russian far east.

The flight comes amid heightened tensions over arms control between Moscow and Washington. The United States withdrew from a landmark nuclear missile pact with Russia this month after determining that Moscow was violating that treaty, an accusation the Kremlin denied.

The U.S. ambassador to Moscow said earlier Wednesday that another arms treaty, the last major nuclear pact between Russia and the United States, was outdated and flawed and could be scrapped when it expires in 2021 and replaced with something else.

And on Tuesday, the Kremlin boasted that it was winning the race to develop new cutting-edge nuclear weapons despite a mysterious rocket accident last week in northern Russia that killed at least five people and caused a brief spike in radiation levels.

“The distance from Anadyr to Alaska is less than 600 kilometers (372 miles) — for the TU-160 that takes 20 minutes including take-off and gaining altitude,” it said.

“Moreover the capabilities of the missiles which the plane carries would allow it to launch them without leaving Russian airspace. If necessary, the bombers’ first target could be radar stations and the positions of interceptor missiles which are part of the U.S. missile defense system.”

TU-160s, codenamed Blackjacks by NATO, have flown in the past from bases in Russia to Syria where they have bombed forces opposed to President Bashar al-Assad, one of Moscow’s closest Middle East allies.

The Defense Ministry said a total of around 10 TU-160 bombers and TU-95MS and IL-78 planes were involved in the exercise, suggesting it covered other areas too.

Russia is in the process of modernizing the TU-160. President Vladimir Putin last year praised the upgraded version after watching it in flight, saying it would beef up Russia’s nuclear weapons capability.

Ten of the modernized TU-160M nuclear bombers are due to be delivered to the Russian Air Force at a cost of 15 billion rubles ($227 million) each between now and 2027.

Tupolev, the plane’s manufacturer, says the modernized version will be 60% more effective than the older version with significant improvements to its weaponry, navigation and avionics.

A similar flight was made a year ago to Anadyr, where state media say the local air field has been modernized to be able to receive bigger planes like the TU-160.