Russia Looks to Crack Down on Vaping Amid U.S. Deaths 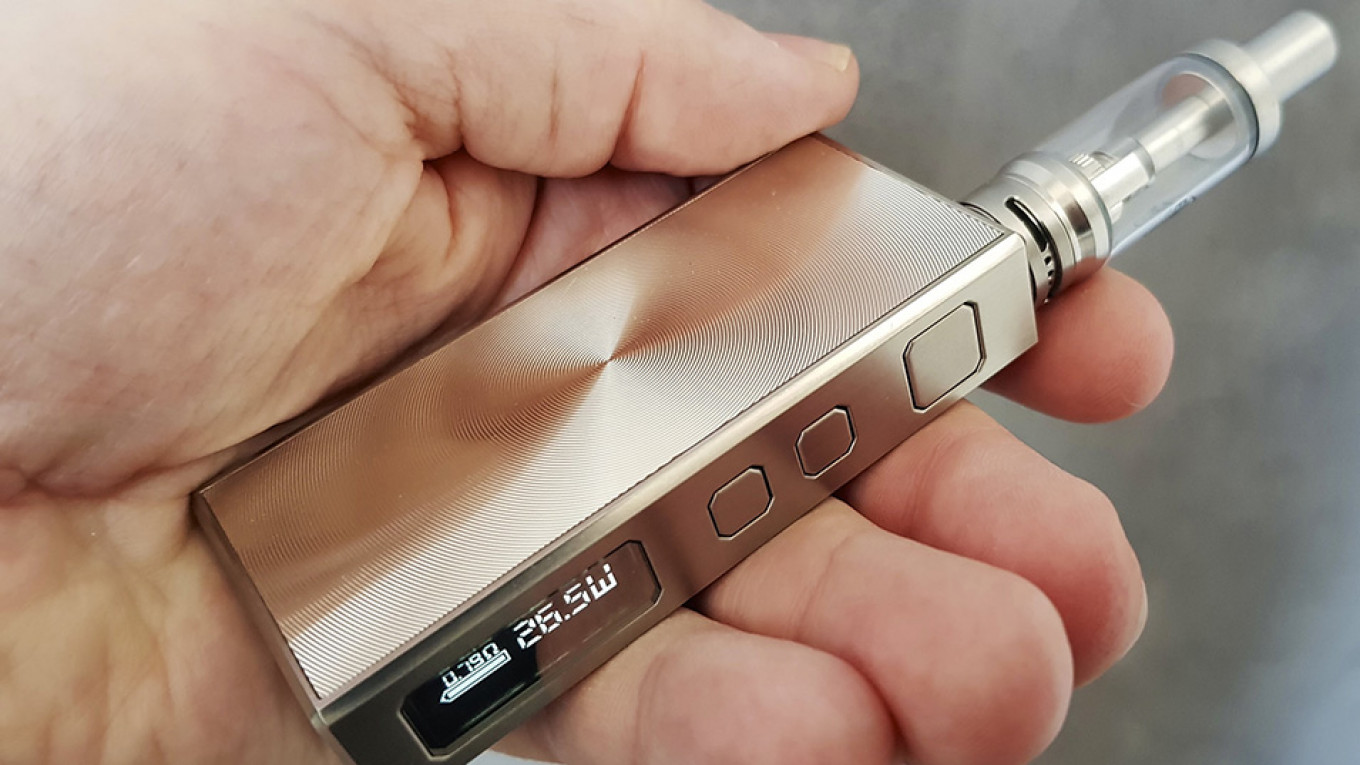 Russia’s Health Ministry has ordered a comprehensive study on the effects of electronic cigarettes in the wake of at least five deaths related to the use of the devices in the United States.

The American Medical Association on Monday urged Americans to stop using e-cigarettes of any kind until scientists have a better understanding of the cause of the deaths. The U.S. Centers for Disease Control and Prevention on Friday advised against using e-cigarette products while it investigates the cause of a spate of severe lung illness cases associated with vaping.

“In connection with [the U.S. deaths], the Russian Health Ministry drafted a letter to the regions asking to consider a possible link between e-cigarette consumption and lung diseases,” deputy health minister Oleg Salagai wrote on social media Tuesday.

The Health Ministry has instructed its chief pathologist to analyze lung disease deaths in the working-age population for potential links to e-cigarette consumption, Salagai added. He said the ministry also asked its chief physician to analyze and issue recommendations on the possible links between e-cigarettes and severe respiratory diseases.

“We’re proceeding from the need to review and adopt these draft laws as soon as possible,” Salagai told the state-run TASS news agency in an interview published earlier Tuesday.

The Health Ministry has drafted an anti-tobacco project seeking to reduce usage to 5% of the Russian population in 30 years, according to TASS. The project is part of President Vladimir Putin’s $391 billion spending program he outlined after his inauguration last year, which includes $47.5 billion in healthcare spending.

E-cigarettes are generally thought to be safer than traditional cigarettes, which kill up to half of all lifetime users, the World Health Organization says — but the long-term health effects of vaping are largely unknown. The U.S. Food and Drug Administration has faced mounting pressure to curb a huge spike in teenage use of e-cigarettes.