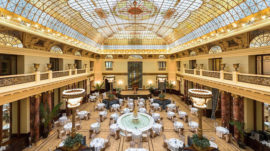 Russian operatives sought to funnel $65 million into the European election campaign of a far-right Italian politician they described as the “European Trump,” BuzzFeed News has reported, citing leaked recordings of negotiations. 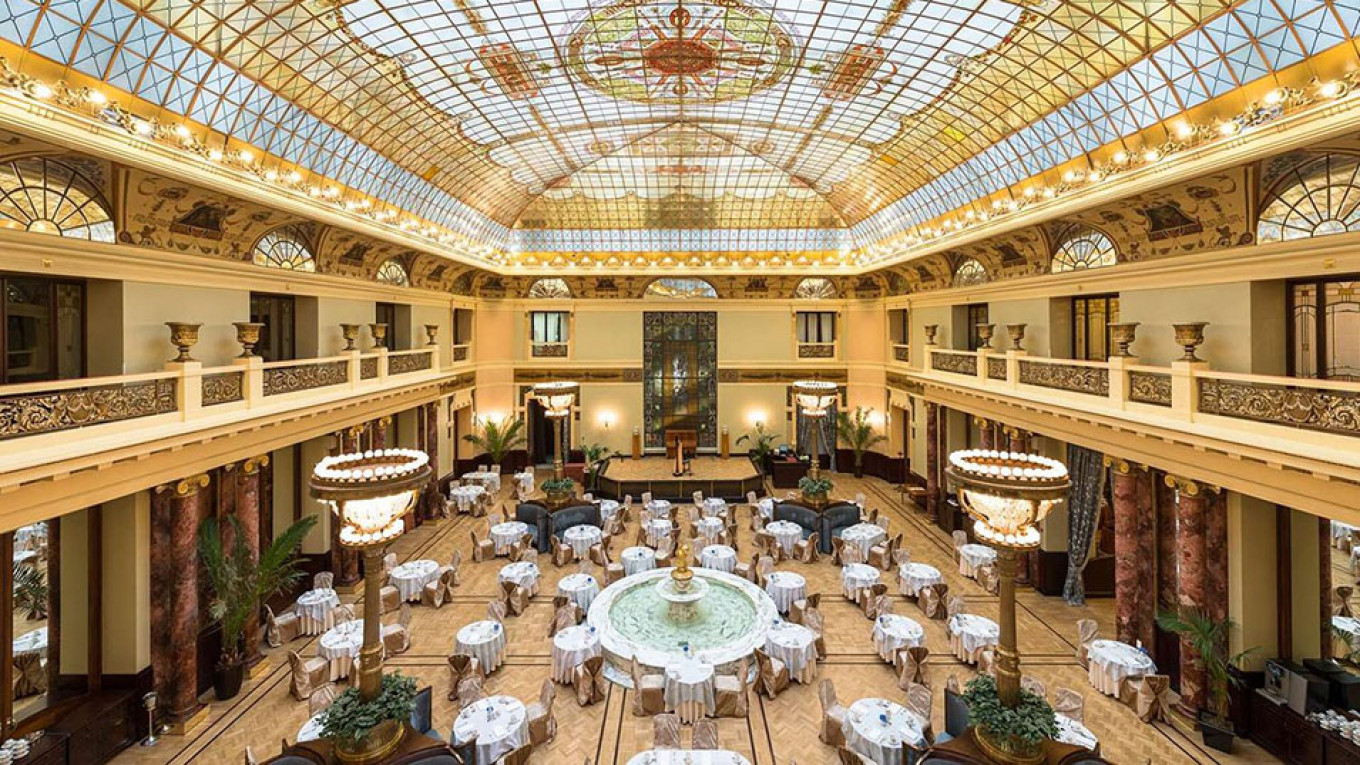 “We count on sustaining a political campaign which is of benefit, I would say of mutual benefit, for the two countries,” longtime Salvini aide Gianluca Savoini can be heard saying in the leaked recording published by BuzzFeed News.

The plan to channel $65 million to the League would reportedly involve a major unidentified Russian oil firm selling to Italy’s Eni energy company at a discounted rate via intermediaries. 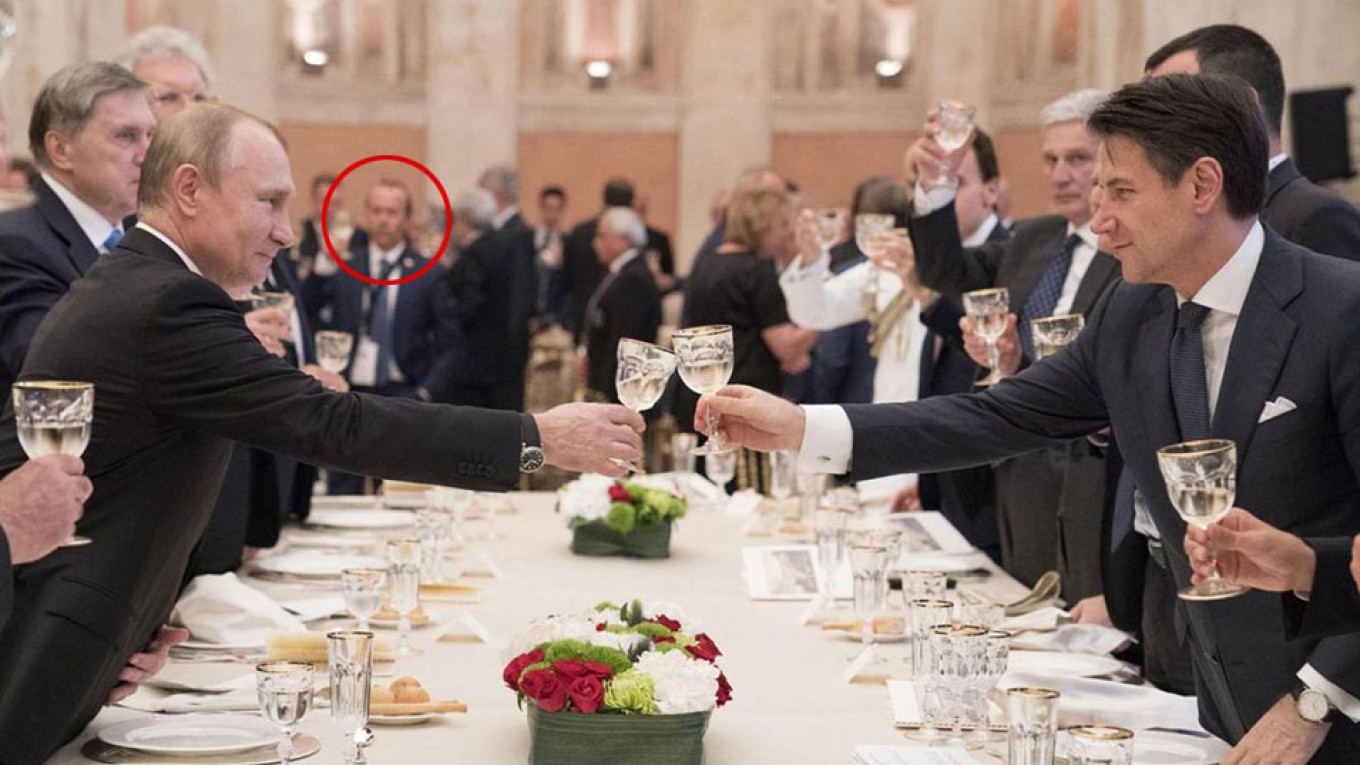 Savoini (circled) is seen in the background at the government dinner for Putin hosted by Italian Prime Minister Giuseppe Conte. Presidency of the Council of Ministers

BuzzFeed said it was unable to identify the three Russians and two other Italian men in the 1.5-hour recording, reported to have been made at Moscow’s Metropol Hotel last fall, or to confirm whether the League ended up receiving the money.

“[Salvini] is Italian — not Italian, but the European Trump,” one of the unidentified Russians said, according to a transcript of the recording.

Salvini, when Italian media reported on the alleged meeting in February, dismissed the story as “the plot of a fiction.” 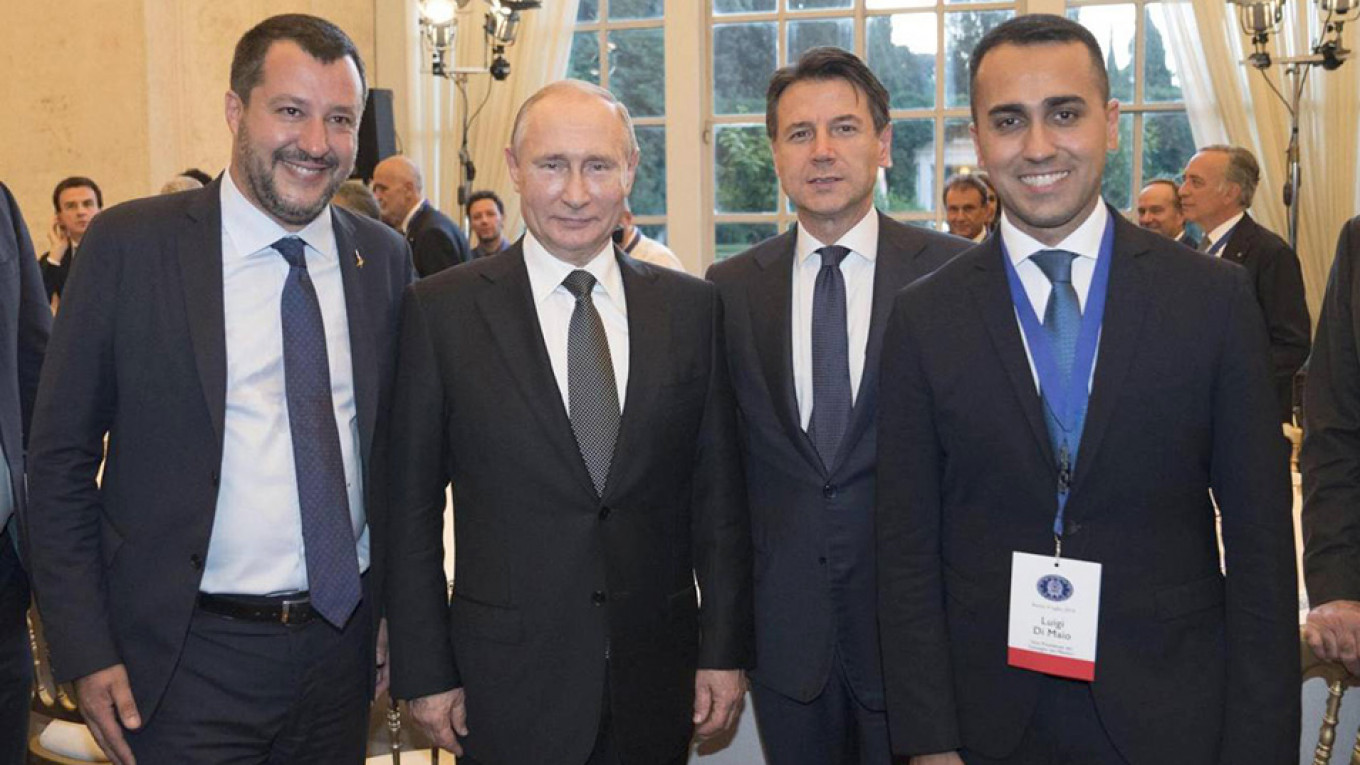 Both the League and the anti-establishment 5-Star Movement, which make up Italy’s ruling coalition, have expressed more pro-Russian positions than most EU governments.

They called for an end to EU sanctions against Russia before taking office last year. Salvini has visited Moscow on several occasions and has expressed his admiration for Russian President Vladimir Putin.