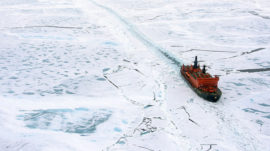 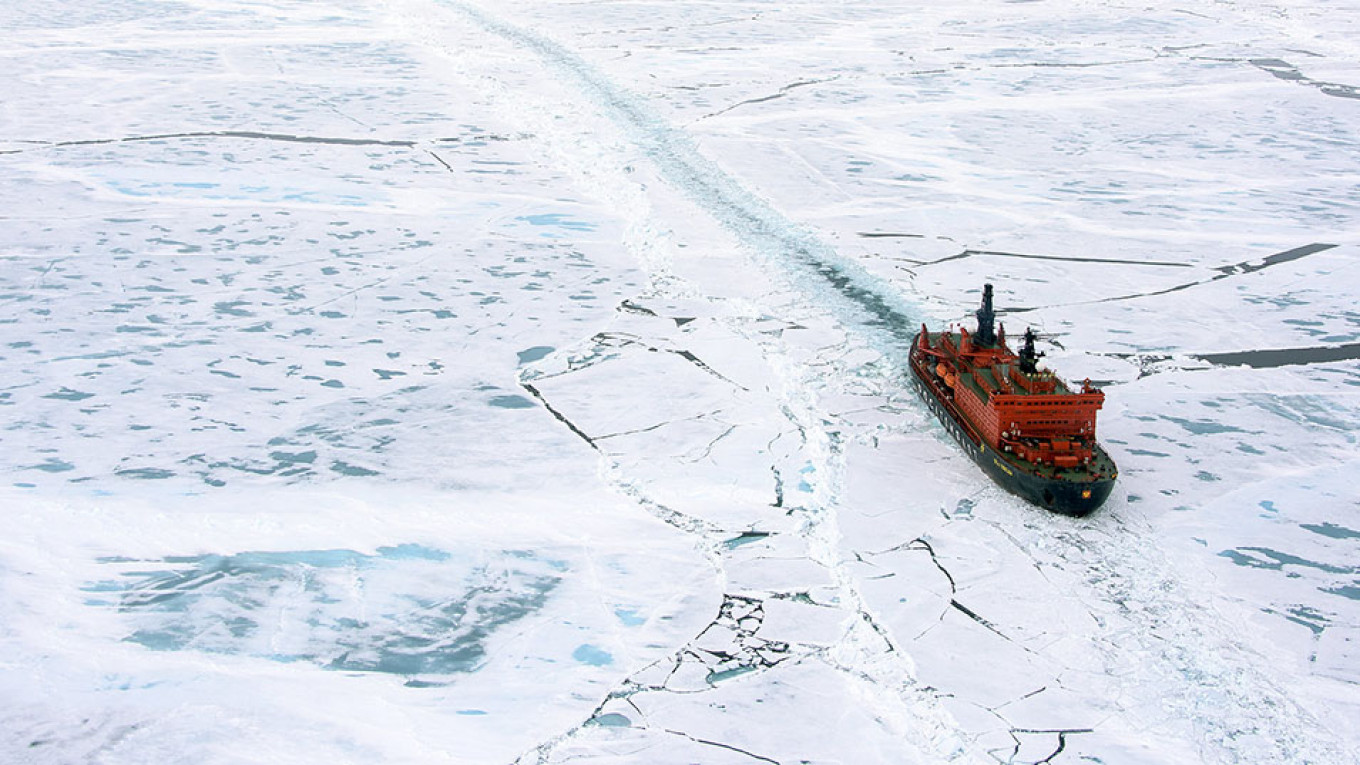 Russia wants to make its Arctic waters more attractive to shippers than the Suez Canal and could be willing to compensate for potential risks to make that happen.

President Vladimir Putin has made development of the Arctic one of Russia’s top long-term priorities and huge projects to export liquefied natural gas via the Northern Sea Route have already lured investors above the Polar Circle. But shippers of other products remain reluctant to make the detour from the Suez Canal toward the Arctic due to multiple risks.

To deliver a cargo via the Northern Sea Route today, a shipping company needs an ice-class vessel or an icebreaker and to pay insurance costs more than twice those for the Suez Canal, according to Russia’s Deputy Minister of the Far East and Arctic Development Alexander Krutikov.

His ministry, together with Russian think-tank Skolkovo, is working on a project to create a state-run container ship operator. The company would cover the cost of any risks associated with transporting international cargoes via the Arctic’s icy waters, including possible delivery disruptions and higher insurance payments.

“The state pays for the Arctic exposure and the shippers cover the remaining costs themselves,” Krutikov said in an interview. The resulting costs for shipping companies “should be lower than in the Suez Canal, at least at the first stage,” to promote the route.

If the idea is implemented, the state container ship operator would be responsible for transporting cargoes across the Northern Sea Route, stretching more than 3,000 nautical miles between the Barents Sea at the Russian border with Norway and the Bering Strait near Alaska.

Feeder ships from European and Asian ports could sail as far as Murmansk in the Barents Sea and Kamchatka in the Far East, bringing cargoes to transshipment points, according to Krutikov. From there, the Russian container operator would take responsibility for the cargoes, he said. “This significantly lowers transportation costs, as foreign companies will not need Arctic vessels,” and Russia could also keep transshipment costs competitive, Krutikov added.

The national ship operator would be needed to accompany international shippers for at least for a decade, “otherwise no one will use” the Northern Sea Route, he said. “At some point the shippers will get used to and understand the infrastructure, will become more interested and then we can stop covering the Arctic exposure and make the route commercial.”

The cost of transporting a Twenty-Foot Equivalent Unit, a standard measure of a ship’s cargo capacity commonly known as TEU, via the Northern Sea Route could be around 36% higher than via the Suez Canal, according to a 2014 presentation made by Tuomas Kiiski, a research manager at Finland’s University of Turku.

Kiiski made the calculations by comparing approximate costs for an Ultra Large Container Ship making a trip from Rotterdam-Singapore-Shanghai-Busan-Yokohama-Rotterdam via the Suez Canal with costs for a much smaller Panamax making the same trip via the Northern Sea Route, he said in a 2014 presentation to the Arctic Frontiers conference.

If navigation in the Northern Sea Route is extended to around 225 days per year, it may be economically viable to use the Arctic link during that period and the Suez Canal for the rest of the year, a 2014 research paper for Kyoto University suggests.

Today, international transit accounts for just a fraction of total cargo flows along the Northern Sea Route. The bulk of the 20.2 million tons of cargo which were shipped via the route last year was LNG from Novatek PJSC’s Yamal LNG plant and crude from Gazprom Neft PJSC’s Novoportovskoye field. By 2024, Russia aims to increase shipments via the Northern Sea Route to as much as 80 million tons per year.

To achieve that target, Russia will have to deal with extremely harsh environmental conditions. At the moment, it’s not possible to navigate across the Northern Sea Route for more than four months of the year. For the rest of the time, the Arctic waters are covered with thick ice with temperatures which fall as low as minus 40 degrees Celsius (also minus 40 Fahrenheit). That requires costly ice-breaking vessels and still doesn’t guarantee safe delivery of cargoes, as unpredictable winds can bring heavy, moving pack ice onto the route.

“The task is to make the Northern Sea Route safe and economically viable for shippers, attractive both in terms of quality and price,” Putin said at the International Arctic Forum in April. Russia aims to launch round-the-year navigation along the Northern Sea Route by 2030, according to Russian media reports, citing a draft of the Arctic Development program.

The project to create a state-run container ship operator is still in its infancy. Russia’s Ministry for Far East and Arctic development expects the Russian think-tank Skolkovo to complete research on potential infrastructure and budget costs by the end of this year. The results of the research will then be discussed and updated for another half a year, and the final decision on whether the project is needed or not is up to Russia’s leadership, Krutikov said.

However long it may take to set up a Russian state-run container operator, the overall development of the Northern Sea Route is a “project, which will develop at least 100 years given its scale,” Krutikov, who turns 32 this year, said.

Appointed as deputy minister three years ago, he isn’t intimidated by such daunting task. “I strongly believe that you should align yourself with something that is bigger than your life, only then you can achieve maximum results,” Krutikov said.