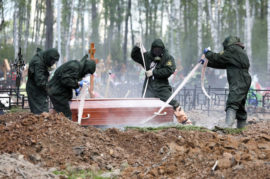 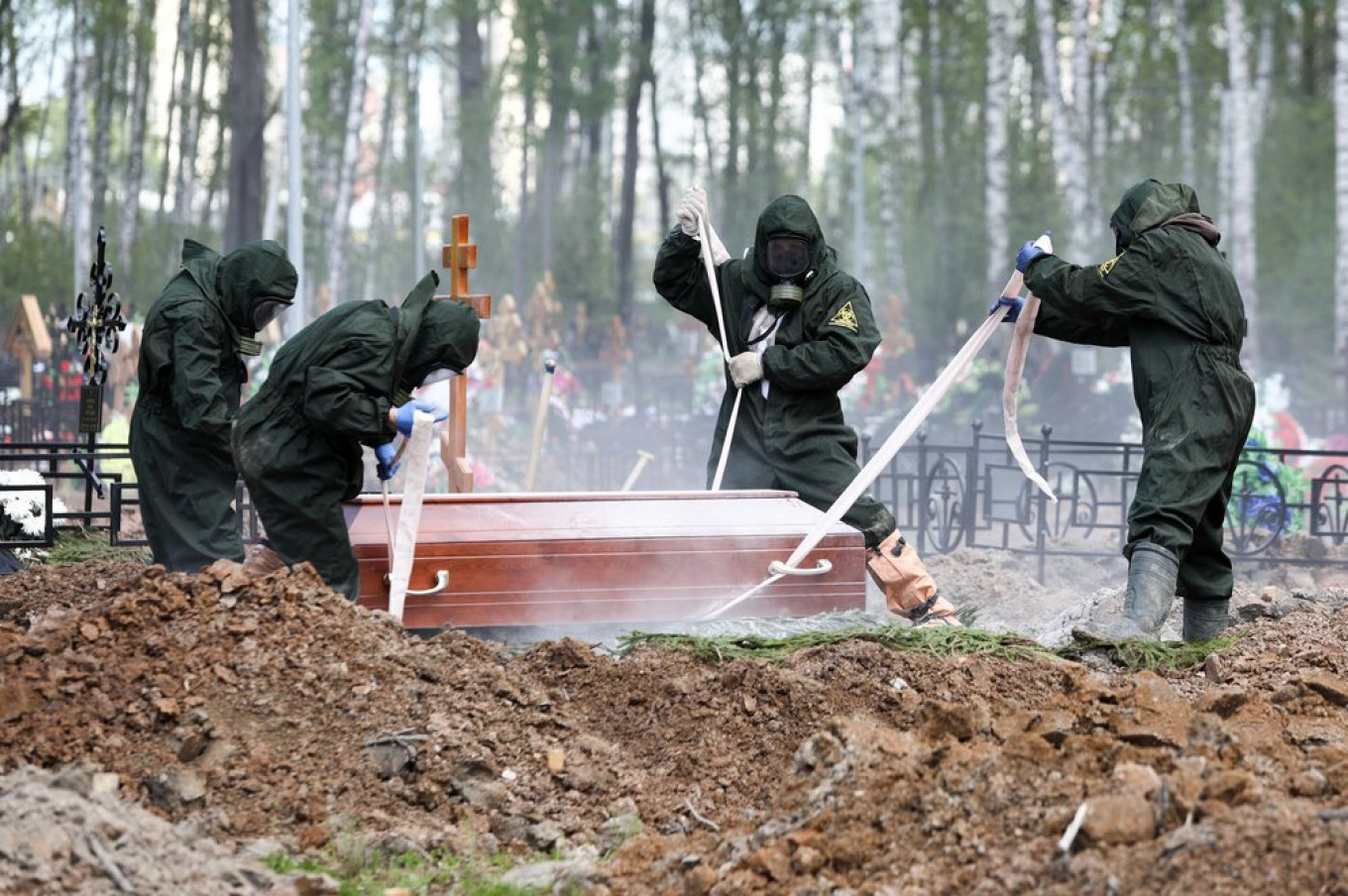 Roskomnadzor, the watchdog, said Thursday it was probing reports by FT and The New York Times, which analyzed official mortality data to investigate whether Russia is undercounting its coronavirus deaths, to establish whether they violated the country’s law against disinformation. It did not say whether it planned to punish the media outlets, as demanded by some Russian officials.

That day, Roskomnadzor also sent a letter to Google calling on it to take down MBKh Media’s write-up of FT’s analysis, which estimated that 70% more Russians may have died from Covid-19 than officially confirmed. Google informed MBKh Media, whose website is hosted on the Google Cloud Platform, of the letter.

“I believe the demand to remove the news about this article is pure political censorship,” MBKh Media’s chief editor Veronika Kutsillo told the Open Media news website Friday, adding that the outlet will not delete the piece.

Russian lawmakers joined the fray Friday, asking federal prosecutors to give an official assessment of MBKh Media and U.S.-funded Russian-language outlets Current Time and Kavkaz.Realii, which also covered the NYT and FT reports.

Foreign Ministry Spokeswoman Maria Zakharova demanded that the FT and the NYT retract the articles, which she referred to as “disinformation,” adding that formal letters had been sent to the newspapers’ editors-in-chief. Formal complaints will be also sent to the OSCE Representative on Freedom of the Media; Audrey Azoulay, UNESCO Director-General and the UN secretariat, Zakharova said.

FT gave no immediate comment, while the NYT said it stood by its report.

Russia has the world’s second-highest number of coronavirus cases but has registered 10 times fewer deaths than Britain, France, Italy and Spain. As of Friday the country had 262,843 confirmed coronavirus infections and 2,418 deaths.

Critics accuse Russia of under-counting the number of deaths to downplay the scale of the crisis.

Authorities have denied falsifying the numbers, saying they are only counting deaths caused directly by the coronavirus and that since the pandemic came later to Russia, it was able to learn lessons from the experiences of western Europe.

Preliminary data from the Moscow civil registry office showed almost 20% more fatalities in April 2020 than the average April mortality over the past decade. The data, first published by The Moscow Times on Sunday, suggests that the city’s excess deaths may be linked to coronavirus.