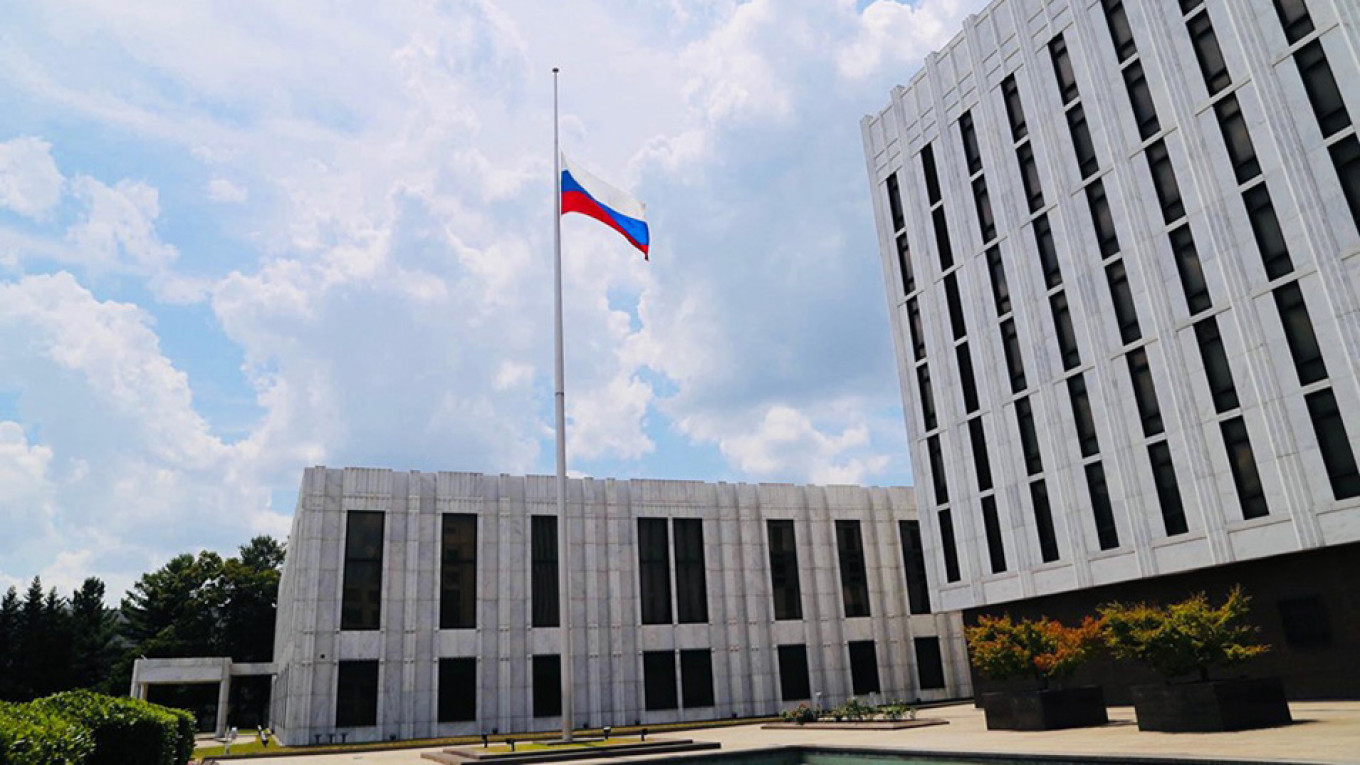 Moscow wants the United States to explain a media report on alleged Russian spying that it says has endangered its diplomats, the Russian Embassy in Washington has said.

Russian operatives allegedly decrypted secure FBI communications starting in 2010, forcing the U.S. agency to cut off contacts with some of its Russian informants, Yahoo News reported Monday. The breach was reportedly part of the reason why the Obama administration expelled dozens of Russian diplomats and seized two Russian compounds over alleged election hacking in December 2016.

“[A] number of groundless accusations against [Russian] diplomats and their family members listed in the article pose a direct threat to their safety,” the Russian embassy said Tuesday on its Facebook page.

The Yahoo News report, based on interviews with more than 50 current and former U.S. intelligence and national security officials, said the wives of Russian intelligence officers had worked at some of the seized compounds known as “dachas.”

“We intend to request clarification from the U.S. Department of State since such provocative publications can lead to acts of violence against the Embassy staff and their close ones,” it wrote.

The embassy described the report as a “clumsy attempt to justify the seizure of Russian diplomatic property through spy hysteria.”

“We’re yet to hear many more fantastic stories and beautiful theories in this regard,” Zakharova told the Govorit Moskva radio station Monday, presumably referring to the accusations of Russian election meddling that dominated the 2016 campaign.