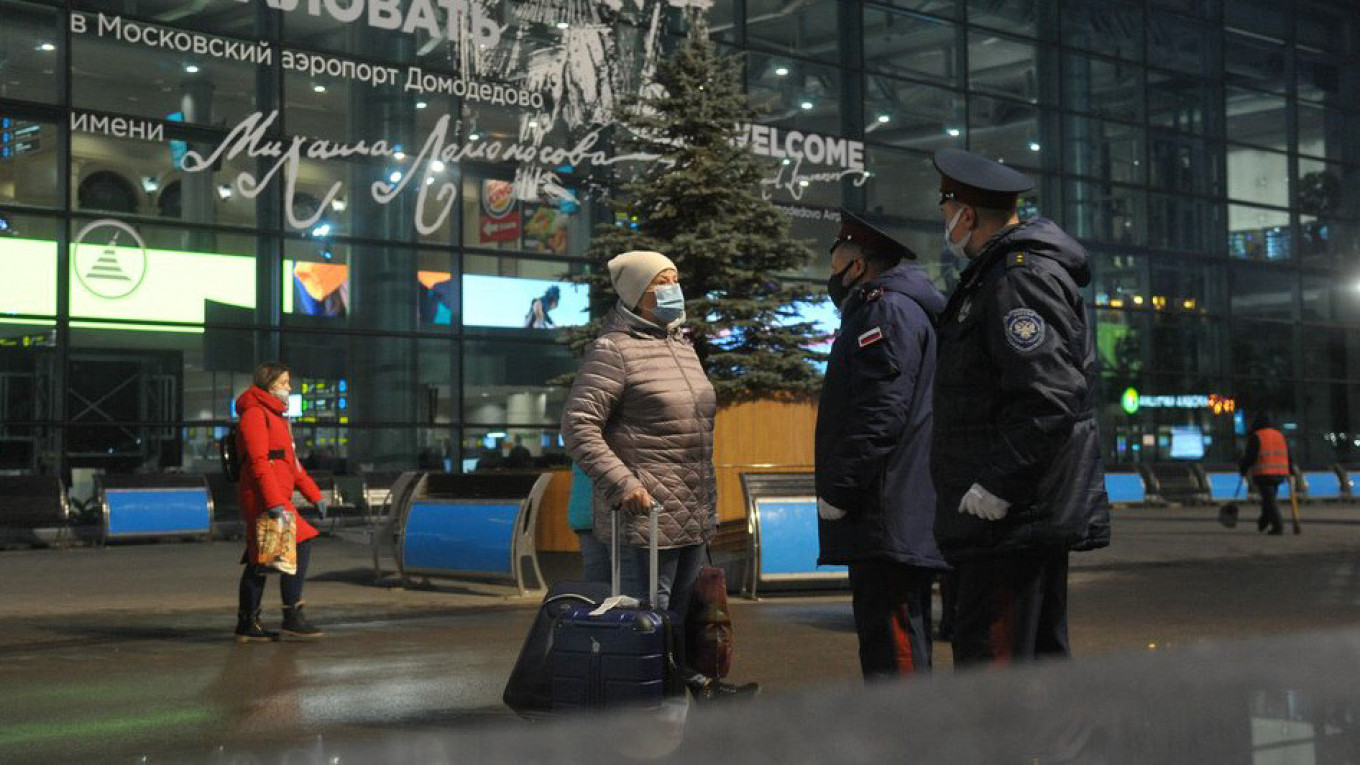 Update: Murashko’s words on restricting travel between regions were taken out of context and he had only been discussing travel restrictions in a general sense, a Health Ministry official told the RBC news website.

“The Russian Health Ministry does not propose the introduction of any additional restrictions on the movement of citizens across the territory of Russia,” assistant to the minister Alexei Kuznetsov said.

Russia’s health minister has proposed reinstating a ban on domestic travel to slow the record-breaking spread of the coronavirus, the state-run TASS news agency reported Monday.

Despite infection rates and daily deaths nearly tripling since the country’s first wave, Russian authorities have so far eschewed a mass lockdown similar to the one imposed in spring.

“The second wave is showing us that the emerging hotbeds within the country probably require consideration of certain restrictions on the movement of individuals,” TASS quoted Health Minister Mikhail Murashko as saying.

According to TASS, Murashko said Russians should be banned from traveling between the country’s 85 federal subjects, as well as within their own regions, to limit the spread of the infection. The measure is needed, he said, until the epidemic is brought under control with medicine.

“We have an epidemic process today that’s not yet fully affected pharmaceutically, at least not as we would like,” Murashko said at a medical conference.

“Until we learn to actively manage it pharmaceutically, we’ll have to use measures such as anti-epidemic restrictions, lockdowns and others,” he was quoted as saying. “It’s a forced but permissible measure to preserve the life and health of the population.”

A Health Ministry official later told the RBC news website that Murashko’s words were taken out of context and he had only been discussing travel restrictions in a general sense.

Russia has confirmed 2.46 million cases of coronavirus and more than 43,000 deaths after reporting a new record of over 29,000 infections and 457 deaths Sunday.

Murashko’s proposal comes after Moscow began mass vaccination against Covid-19 with a domestic vaccine over the weekend. President Vladimir Putin has ordered the nationwide vaccine drive to start later this week.