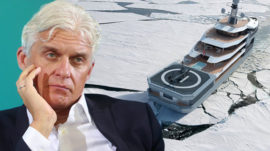 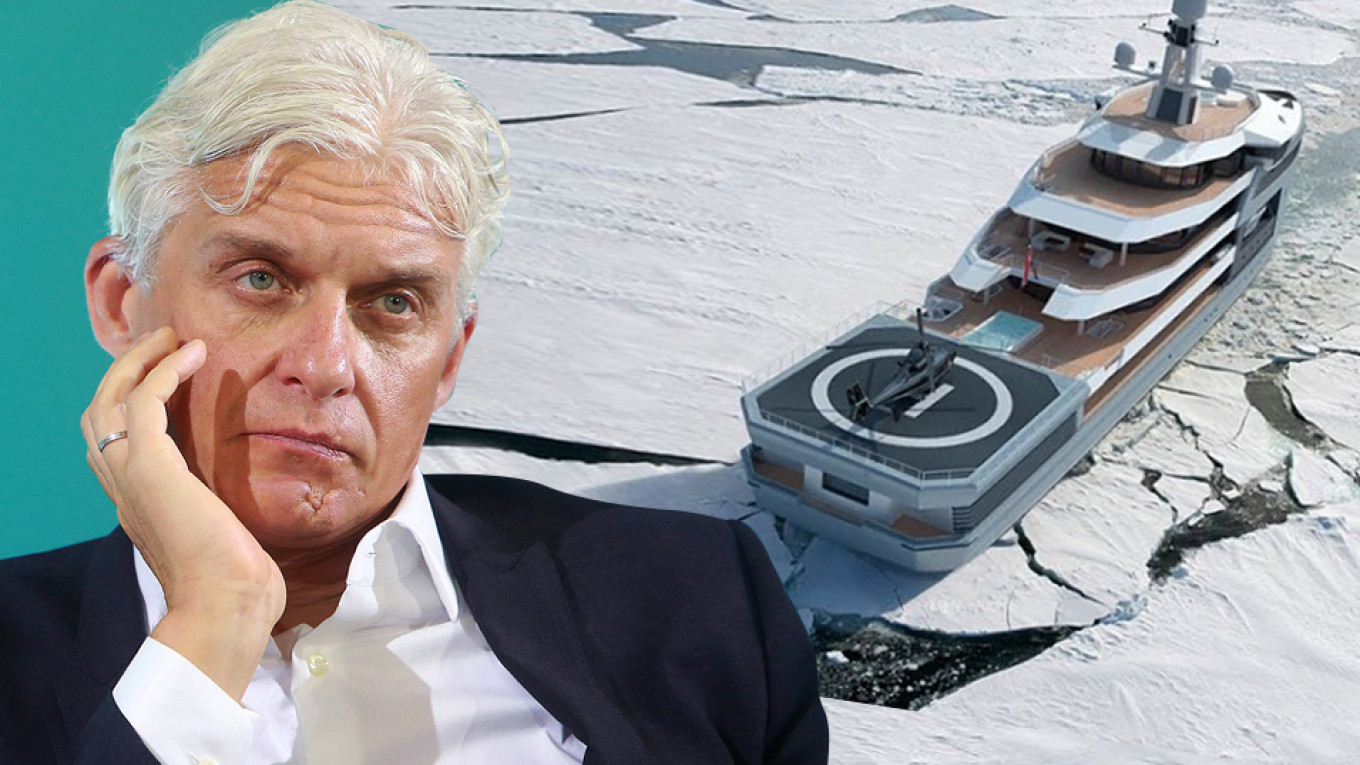 You can rent it and set out on the journey of a lifetime to places others can’t reach, the billionaire’s promotion page reads.

Why not take off with one of the two on-board helicopters as a mother polar bear and her two cubs sit on an ice-floe just in front of the luxury yacht. Or drive onshore in one of two snowmobiles. Or dive down under the surface in the three-seater mini-submarine.

If you don’t want to leave the boat, you can just relax in the top-deck jacuzzi, watching penguins and polar bears walking somewhere on the ice.

Living on each side of the planet, marketing penguins and polar bears just indicate that this unique yacht can sail wherever you want.

It is Russian banker Oleg Tinkov who has ordered what will be the world’s first private icebreaker for expedition sailings.

According to Forbes, Tinkov is worth $2.2 billion.

The six-deck €100 million ($112.5 billion) vessel will offer accommodation for up to 12 guests and has a crew of 25, the promotion page for the yacht reads.

Holding IMO Polar Code standard, guests can “safely enjoy the most spectacular Arctic and Antarctic landscapes.” With enhanced fuel tanks, the yacht can maintain autonomy at sea for up to 40 days.

Destinations for customers who want to rent the ship are Antarctica, Alaska and Chukotka for the first two seasons after its maiden voyage in 2020. European Arctic voyages are not yet listed in the overview of itineraries.

Oleg Tinkov himself plans to stay on board the yacht for several weeks per year. For the rest of the time, the yacht will be for rent, at a price of €690,000 per week, the Kuzbass based VSE42 newspaper reports.

Tinkov is originally from Leninsk-Kuznetskiy and has made most of his fortune from frozen food factories, restaurants and banking.

This article first appeared in The Barents Observer.