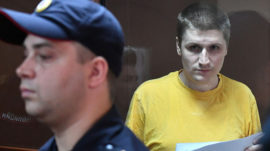 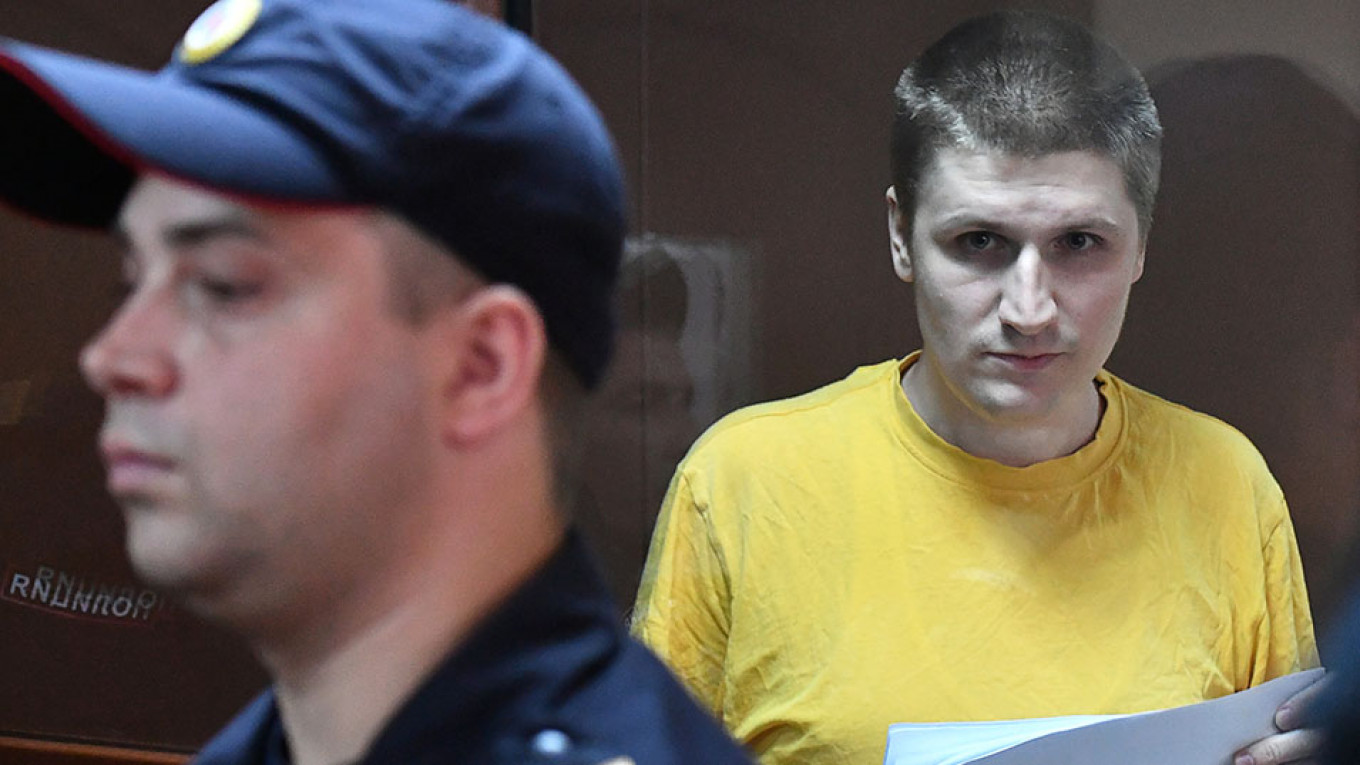 A Russian blogger has been sentenced to five years in jail for a tweet that the authorities said advocated violence against the children of law enforcement officers at the height of this summer’s opposition protests in Moscow.

Thousands took to the streets and hundreds were detained, sometimes violently, on July 27 during unauthorized demonstrations in support of candidates barred from running in Moscow’s upcoming local elections. Vladislav Sinitsa, 30, was charged with inciting hatred for his July 31 tweet that said the children of officers who he said used excessive force on protesters “could one day not return from school.”

Moscow’s Presnensky district court said the tweet urged violence against the children of security officers and sentenced Sinitsa to five years behind bars on Tuesday. Prosecutors had asked for a six-year sentence.

Investigators have wrapped up the criminal probe against Sinitsa in a record-setting two days, according to the Russian-language affiliate of the U.S.-funded Radio Free Europe/Radio Liberty news website. The MBKh Media news website reported that Sinitsa’s trial lasted 10 hours.

Sinitsa, who is also a financial manager, said he plans to appeal the sentence.

“I didn’t intend … to offend all law enforcement officials, especially those who didn’t beat civilians,” MBKh Media quoted him as saying after his sentencing.

Artem Kozyluk, the head of the Roskomsvoboda internet rights group, told The Moscow Times that Sinitsa’s sentence is disproportionate to his actions and that the authorities had decided to use his case to instill fear among the public.

“There are millions of examples when politicians and social activists will receive threats of reprisals against them and their families, but nobody cares. But then a tweet appeared about the [riot police] — it’s certainly idiotic and he should be ashamed of it — but five years for words on the internet is too disproportionate and [shows] an extreme degree of selectivity,” he said.

Nikolai Svanidze, a member of Russia’s Presidential Human Rights Council, said that while the five-year sentence was “harsh,” Sinitsa’s tweet was “absolutely irresponsible.” Interfax cited him as saying that the families and children of the security forces should be off-limits.

Opposition leader Alexei Navalny has condemned the sentence, saying that people send him and his children death threats on Twitter “30 times a day.”

Article 282 of Russia’s Criminal Code has been used in recent years to target users who post insensitive online content, including memes, for inciting racial, religious or other forms of hate. President Vladimir Putin partially decriminalized the law last winter, a move that critics said failed to address the authorities’ broad application of anti-extremism laws.