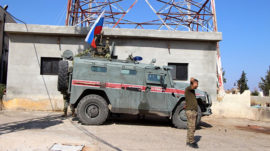 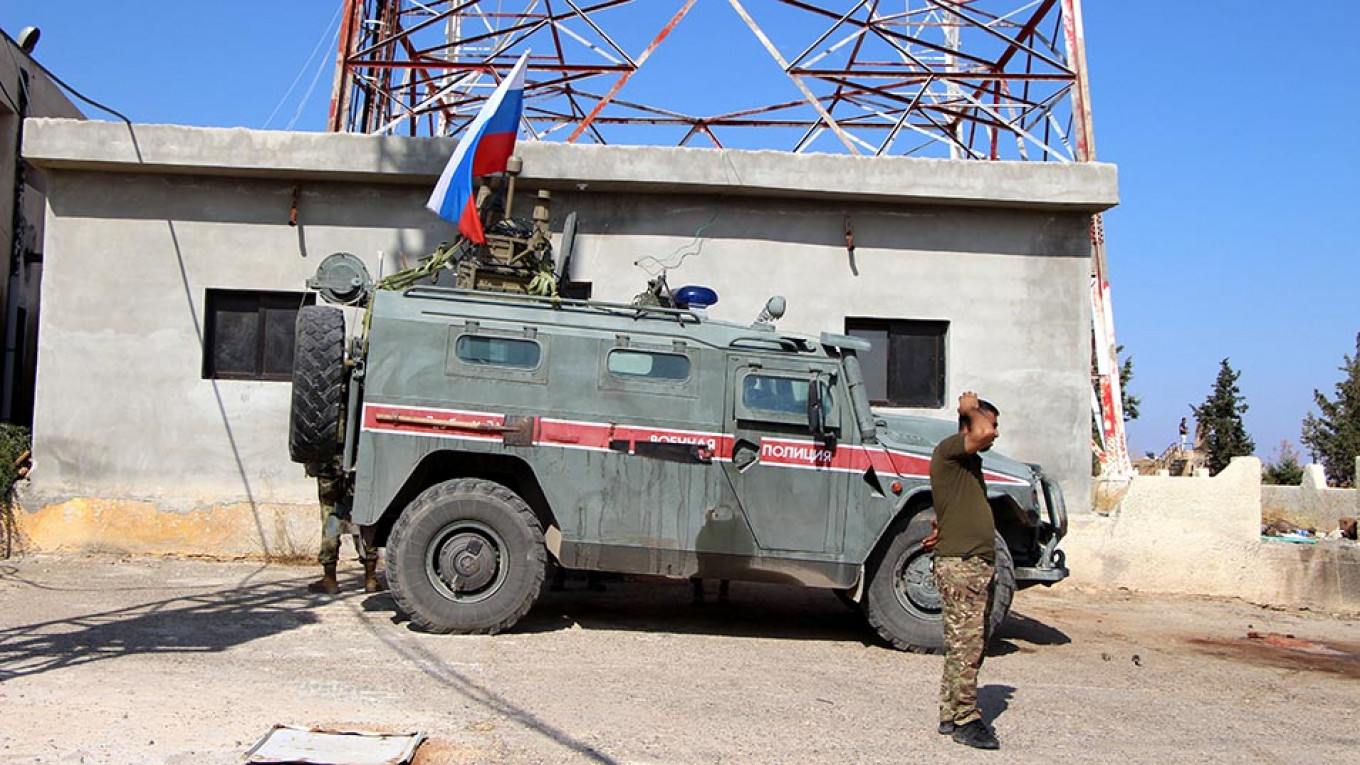 Russian forces have entered Raqqa, the former de facto capital of the Islamic State caliphate, in one of the starkest examples yet of how Moscow has filled the vacuum created by President Donald Trump’s decision to pull U.S. forces from northern Syria.

Russian troops were shown in footage on the defense ministry’s Zvezda TV channel shaking hands with Syrian children and unloading humanitarian aid bundles with the slogan “Russia is with you” from the back of trucks.

Raqqa was captured two years ago by U.S. troops and their Kurdish-led Syrian allies in the biggest victory of Washington’s campaign against Islamic State in Syria. But since Trump abruptly ordered a pull-out in October, Moscow has swiftly advanced into territory where U.S. troops had operated.

Russia is a close battlefield ally of Syrian President Bashar al-Assad’s government, which was invited by the Kurds into territory they controlled after Trump pulled his forces out of the way of a Turkish assault against Kurdish-held areas.

Russian troops in Raqqa were handing out humanitarian aid and its military doctors were offering residents medical attention, Vladimir Varnavsky, a defense ministry officer, was quoted as saying by RIA news agency.

“Work in the city to get rid of the rubble and clear the area (of bombs or mines) is not yet complete and there is a shortage of clean water, medicine and food,” he said.

Russia last month set up a helicopter base an airport in a northeastern Syrian city and also landed forces at a sprawling air base in the region that had been vacated by U.S. forces.

Russia and Turkey are carrying out joint patrols along Syria’s northern border with Turkey as part of a deal struck between Russian President Vladimir Putin and his Turkish counterpart Tayyip Erdogan.

After saying all U.S. troops would leave northern Syria, Washington has left some behind for now at some bases but rolled back most of their operations.