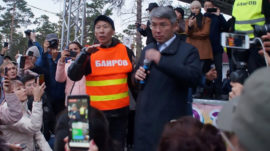 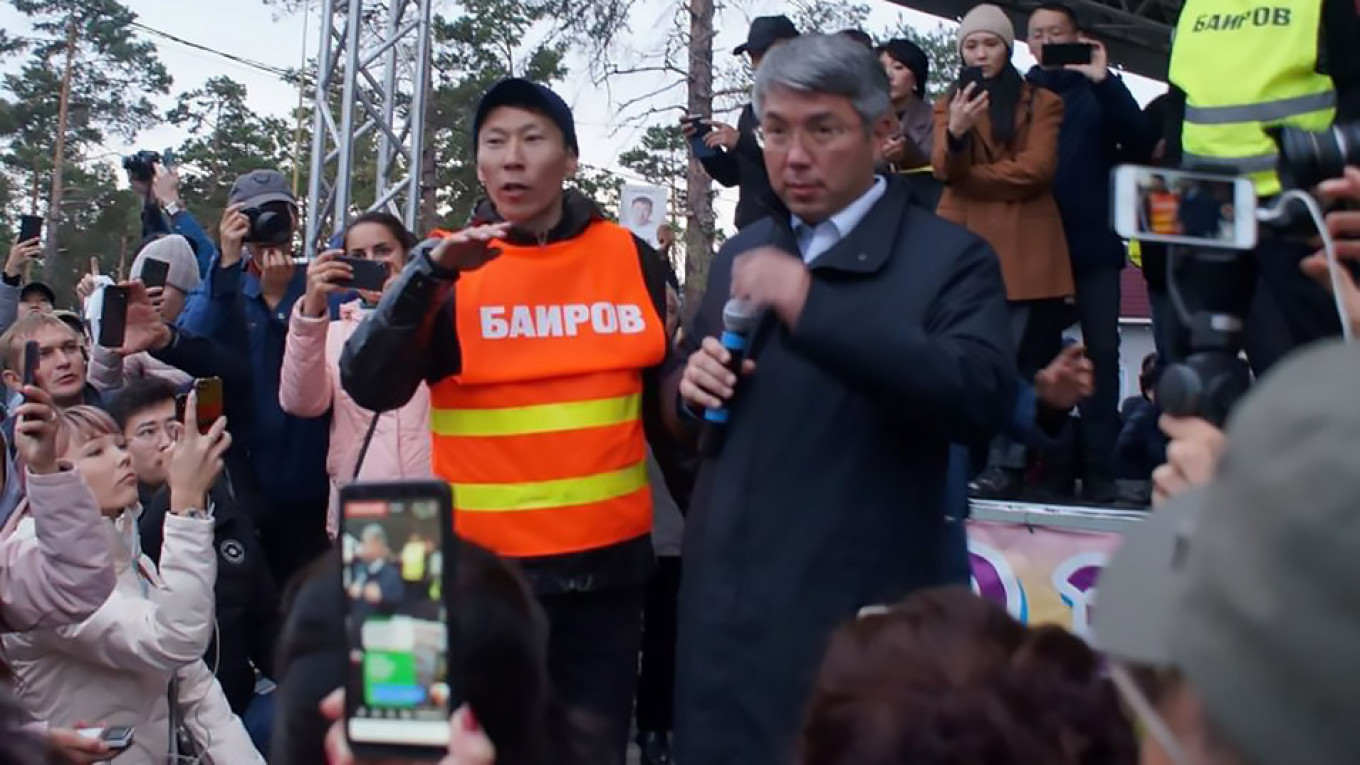 A member of Russia’s National Guard has urged colleagues to disobey orders to detain protesters rallying against the results of a local election in Far East Russia.

Hundreds rallied in the center of the city of Ulan-Ude and several were detained after a pro-Kremlin candidate for mayor was declared the winner of the Sept. 8 vote. One of the protesters is being held in pre-trial detention for allegedly damaging a guardsman’s cornea with pepper spray after protesters accused security officials of throwing a smoke grenade to “smoke [them] out.”

“Dear colleagues from Rosgvardia, I ask you not to carry out the obviously criminal orders [to detain election protesters]. Please, don’t exceed your powers,” guardsman Viktor Kharzhayev said in the video address published Sunday.

Wearing the uniform of the National Guard’s security organization, Kharzhayev called the detentions “repressions that have engulfed our city” and called for the release of “political prisoners.”

Kharzhayev’s superiors have not yet threatened disciplinary action against him and his colleagues reacted positively to his address, the guardsman told the U.S.-funded Radio Free Europe/Radio Liberty’s regional affiliate Monday.

Protests had initially broke out last Monday in support of detained followers of Alexander Gabyshev, a shaman who has been walking on foot to Moscow to “expel” President Vladimir Putin.

Founded in 2016 by President Vladimir Putin, the National Guard is a powerful defense force designed to take over the functions of riot police and better combat terrorism and protect public order. Critics say that the force was designed to target anti-government protesters.