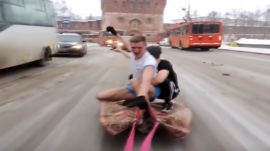 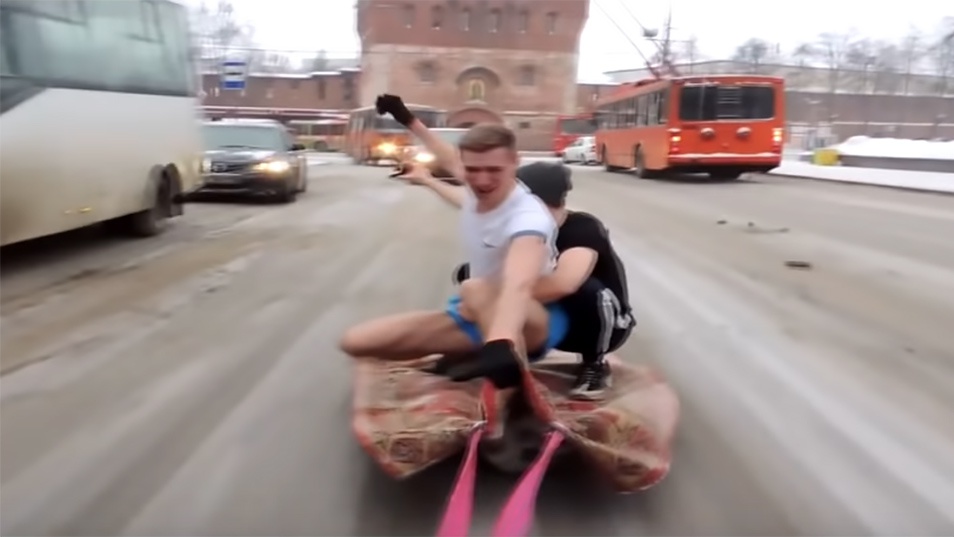 A budding Russian blogger has been fined by police for riding a traditional carpet through the snowy streets of Nizhny Novgorod, 400 kilometers east of Moscow.

Videos posted by local news outlets showed two lightly dressed young men riding the carpet attached to a car, in what appears to be an affordable local alternative to wakeboarding.

The video came half a year after another blogger was fined for cruising the streets of Tyumen further east in a bathtub.

Shirtless Siberian Fined for Cruising Streets in a Towable Bathtub

“A resident of Sormovsky district transported his friends on the roadway on a textile in the form of a carpet attached to his car,” police said in a statement Wednesday.