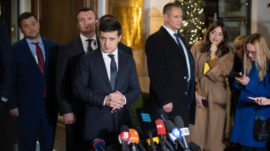 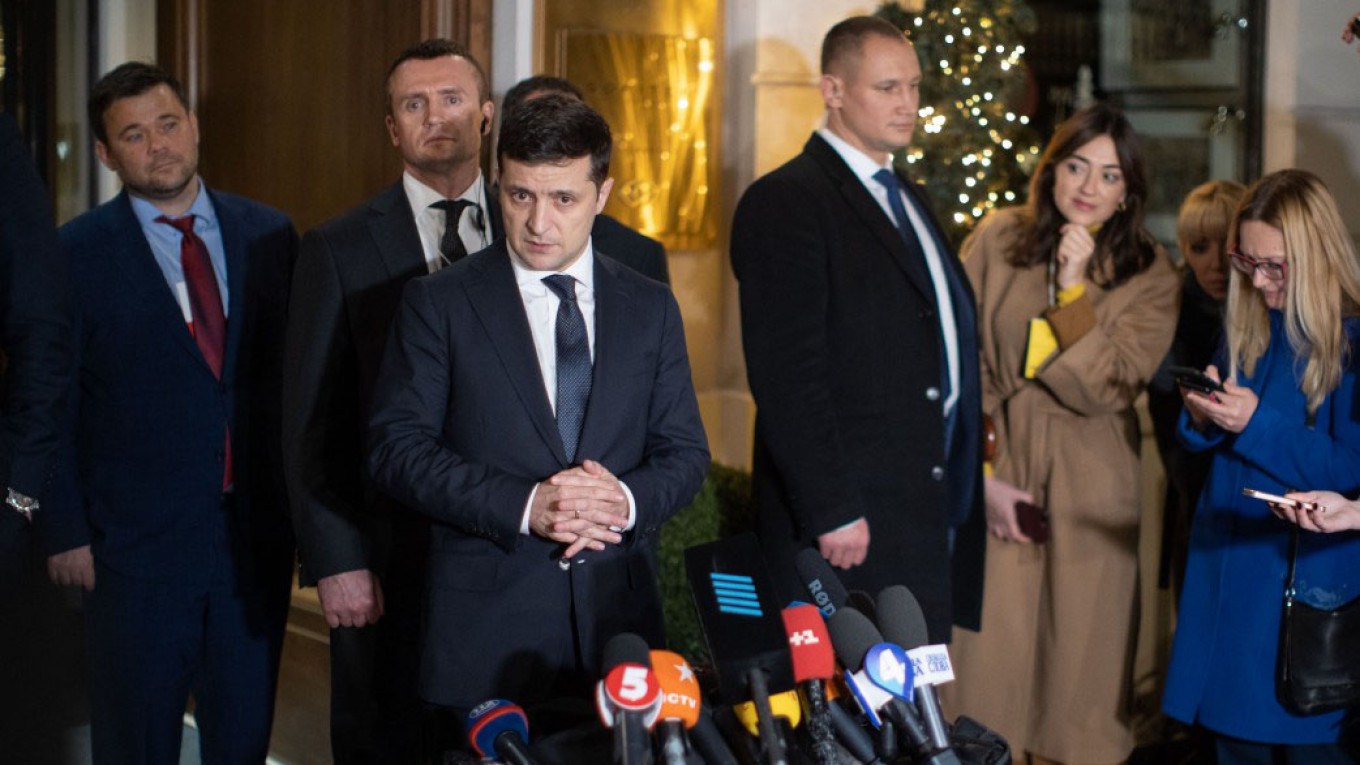 Zelenskiy, 41, played a disgruntled teacher whose viral rant catapults him into Ukraine’s presidency in the series called “Servant of the People.” Partly thanks to the sitcom’s popularity, Zelenskiy swept to real-life victory in Ukraine’s presidential elections this April.

TNT, an entertainment channel owned by the state broadcasting giant Gazprom-Media, announced the series’ premiere on Tuesday. The first three episodes of “Servant of the People” aired Wednesday evening.

Television listings showed the series continuing to air on TNT on Thursday and Friday, according to Vedomosti. By late Wednesday, however, the time slots for “Servant of the People” had been replaced with other Russian sitcoms.

Viewers also noticed that a scene with a wordplay dig at Russian President Vladimir Putin had been cut by the time the series traveled across time zones and reached screens in central Russia.

“The entire first season was originally intended to be broadcast only on the Premier platform,” TNT’s spokesperson told Vedomosti, referring to its online subscription service.

The spokesperson called the abrupt switch in screening platforms a “marketing stunt to raise the visibility” of its subscription service.

Vedomosti reported Wednesday that Premier’s own listings made no mention of “Servant of the People” until close to midnight.

The Kremlin said Thursday that it had nothing to do with TNT’s decision to move the political satire online, the RBC news website reported. When asked whether censorship has intensified on Russian television and Putin jokes were banned, his spokesman Dmitry Peskov reportedly said “the answer is negative to both parts of the question.”

The Kremlin has said that Putin wouldn’t have the time to watch Zelenskiy’s series, which premiered in Ukraine in 2015.

TNT screened the first three episodes of “Servant of the People” two days after Zelenskiy and Putin met for the first time in Paris. The two leaders agreed on an all-for-all prisoner exchange and committed to other efforts to resolve the conflict between government forces and Kremlin-backed separatists in eastern Ukraine that has killed 14,000 people since 2014.