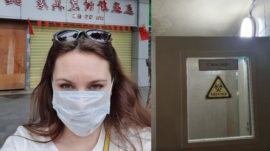 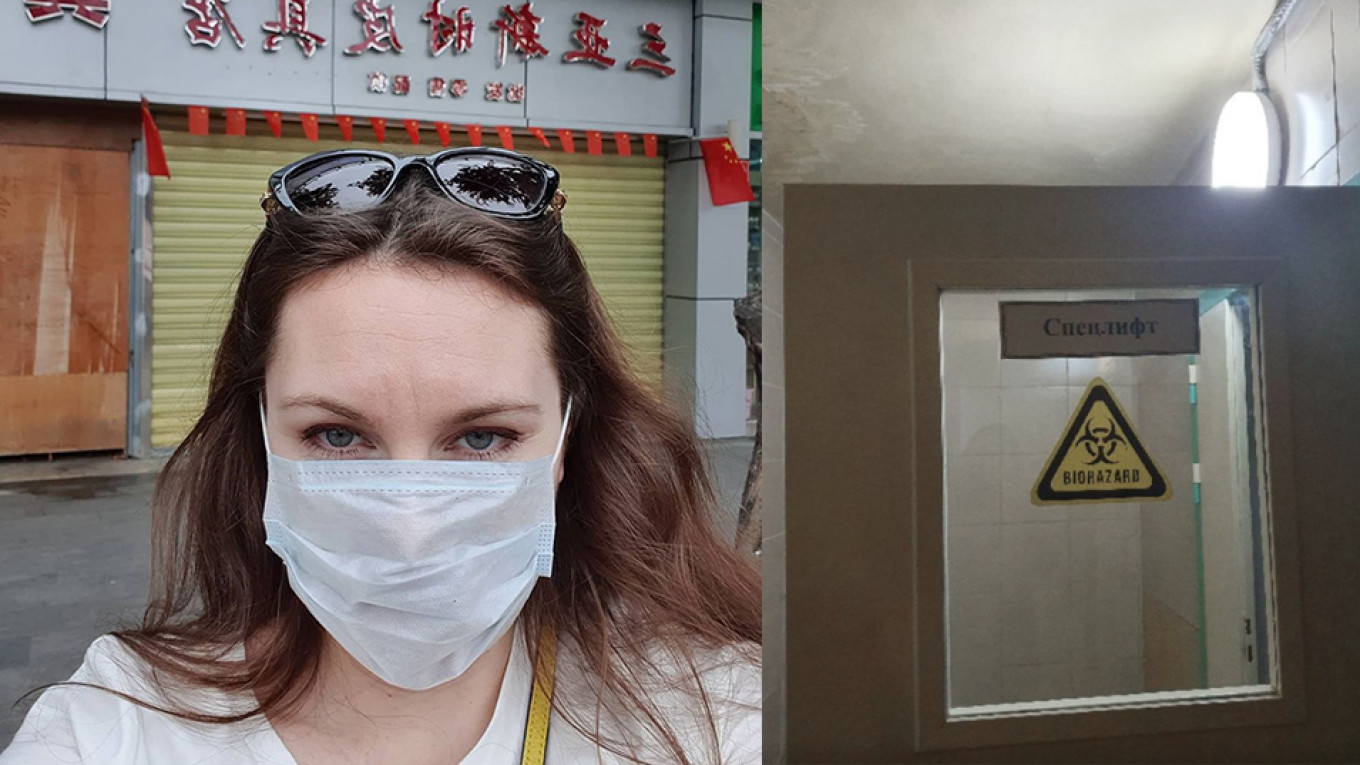 Update: The chief sanitary doctor at the Botkinskaya clinic has filed a lawsuit against Ilyina, the state-run TASS news agency reported Thursday.

The 32-year old housewife had been quarantined in St. Petersburg’s Botkinskaya clinic since she went for a check-up after returning from China’s Hainan seaside resort with a sore throat. She tested negative for the coronavirus three times, and decided to take matters into her own hands when doctors insisted she had to stay.

“I drew up a map before and made a detailed plan. When evening came and the medical staff had let their guard down, I short-circuited the magnetic lock in my containment room and opened the door. I studied physics, which helped,” Ilyina told The Moscow Times.

“Our Constitution guarantees freedom. I didn’t understand why I had to stay in a hospital cage,” she added.

Ilyina was one of thousands of Russians and Chinese who have been quarantined for the WHO-recommended 14-day period after showing symptoms of the coronavirus, which has killed over 1,000 people worldwide. Only two cases have been confirmed in Russia. Both patients were Chinese nationals and have since recovered.

While Russia has so far escaped the ravages of the virus, doctors and legal experts disagree over whether the strict quarantine rules the country has implemented are lawful.

“If there are no symptoms anymore, if the tests all come back negative, then doctors don’t’ have a legal right to keep a patient in quarantine, it is considered involuntary detention and abuse of office,” said Svetlana Savinova, president of the Axiom association of lawyers.

Savinova also referred to Article 236 of Russia’s Criminal Code, which says that while Russians will be held accountable for violations of sanitary-epidemiological rules, they can only be charged if a transgression leads to mass disease, poisoning or death. In St. Petersburg, not a single case of the coronavirus has yet been identified.

Doctors in favor of the stern quarantine policies argue that these strict rules are exactly what is keeping the number of Russians infected at zero.

“Her escape is shocking. This is a poorly thought out impulsive act that could have grave consequences,” infectious disease specialist Vladislav Zhemchugov told The Moscow Times.

Ilyina wasn’t the first patient to have escaped quarantine in Russia. Last week, Russian media reported that Guzel Neder, 34, and her son fled a hospital in the southern city of Samara.

“We had no choice but to jump out of that window,” Neder told The Moscow Times.

Neder said she was put in quarantine with her young son four days after returning from a holiday in Hainan. While in hospital, she discovered she was pregnant and decided to escape the clinic out of fear of being infected by other patients.

“The conditions there were awful. Doctors were very unprofessional and not wearing any protective gear,” she said, adding that both she and her son were given the all-clear for the coronavirus three days after they left the hospital.

Over the last few weeks, Russian social media has been flooded with pictures and stories from, many of them detailing the tough conditions in quarantine.

Last week, Vladimir Markov, 36, told Reuters about his experiences in a quarantine center in Siberia,  where he said his only physical contact with the outside world was with medical staff in hazmat suits who bring food and monitor temperatures from 5 a.m.

“The Belgians are in a military hospital and they have beer. They’re allowed out and they can wander the corridors in masks. We have total imprisonment. Some of the French are in Marseille with a view of the sea,” Markov said.

Two patients at the Botkinskaya clinic where Alla Ilyina was staying posted a song titled “I Want to be Like Alla” on social media on Wednesday dedicated to their former fellow patient.

Both Ilina and Neder said they didn’t believe they were putting others at risk as they were both “completely healthy.”

Neither woman has been contacted by any officials about their actions. However, on Tuesday evening, the head of the St. Petersburg Botkinskaya hospital  Aleksei Yakovlev said that he had informed the authorities about Ilyina’s escape.

“If she believes she can get away with a 500-ruble ($8) fine and that there will be no consequences for this action she is profoundly mistaken,” Yakovlev said in a statement.