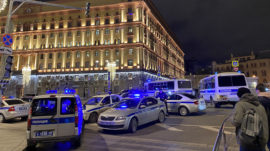 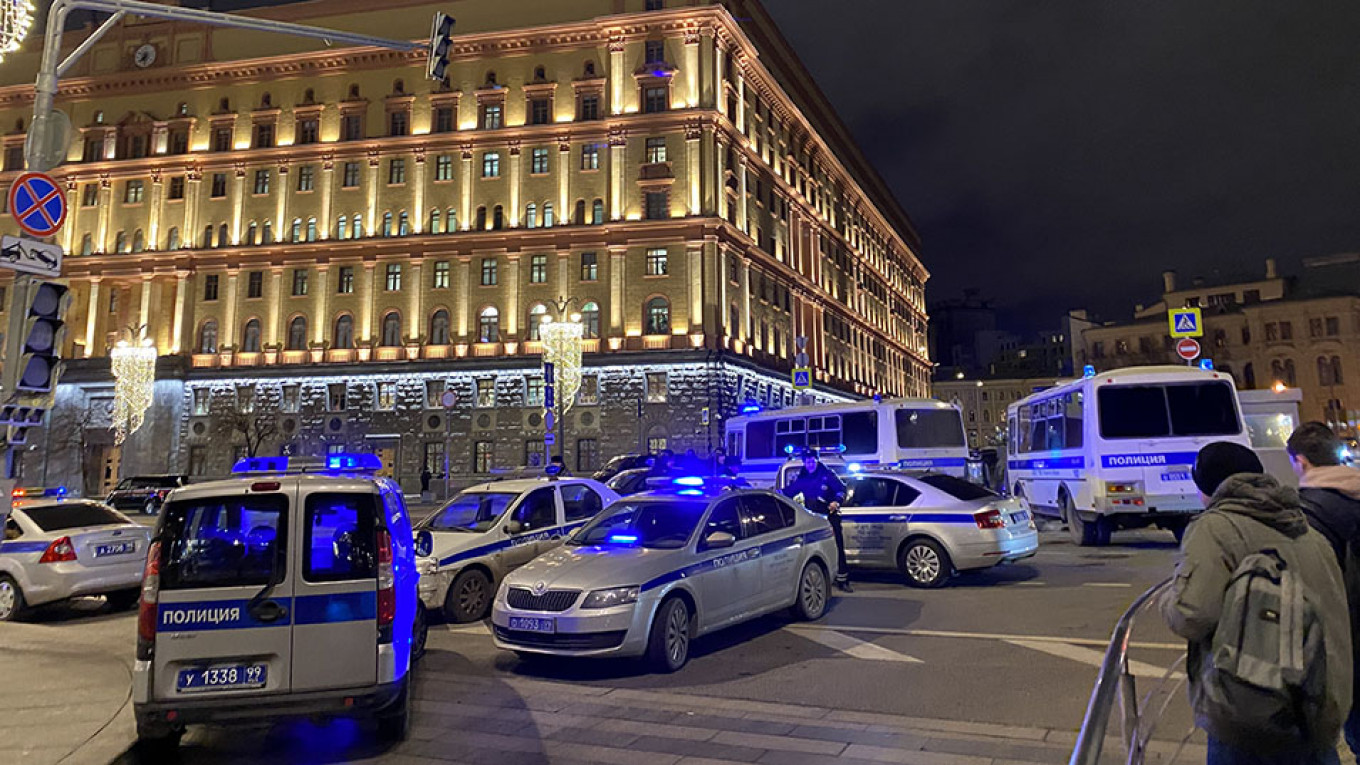 Russia’s FSB security service on Friday searched the home of a man named by Russian media as the prime suspect in a rare shooting incident near the FSB’s central Moscow headquarters, neighbors said.

A gunman opened fire on the FSB’s main building in Moscow on Thursday evening, killing at least one FSB employee and wounding five other people.

It was not immediately clear what the shooter’s motive was and the FSB has not publicly commented on his identity or its own investigation.

The attack happened shortly after President Vladimir Putin’s annual news conference and while he was attending a Kremlin event to celebrate the work of the security services.

The FSB suspected the attack may have been planned to coincide with Putin’s speech at the event, a source close to the FSB said.

Some Muscovites on Friday laid flowers outside the FSB’s headquarters and examined damage to the famous building. A Reuters reporter saw a toughened glass window pockmarked with bullet holes near its main entrance.

There has been no official confirmation of the identity of the gunman, whom the FSB said it had killed. But some Russian media, citing unnamed sources, have named the suspect as Yevgeny Manyurov, a 39-year-old former private security guard.

Manyurov lives with his mother in a rundown five-story Soviet-era apartment block in the town of Podolsk in the Moscow Region. His neighbors, who described Manyurov as a quiet gun enthusiast, told Reuters on Friday that the FSB had searched the family home in the early hours of Friday morning.

Natalya Fedorovna, a pensioner who lives in the same building, said FSB agents had woken her family up at around three o’clock in the morning and asked her son to join them for a conversation.

Tatyana Tsaryeva, another resident, said she had also noticed some “hustle and bustle” in the stairwell in the early hours of Friday morning. Dmitry, her husband, said police had completely cordoned off the building at one stage while they questioned neighbors and checked their documents.

He described Manyurov as a normal guy, who had once asked him to join him at a local shooting range, but that he had declined. Tsaryeva said he was someone who kept to himself.