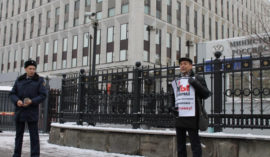 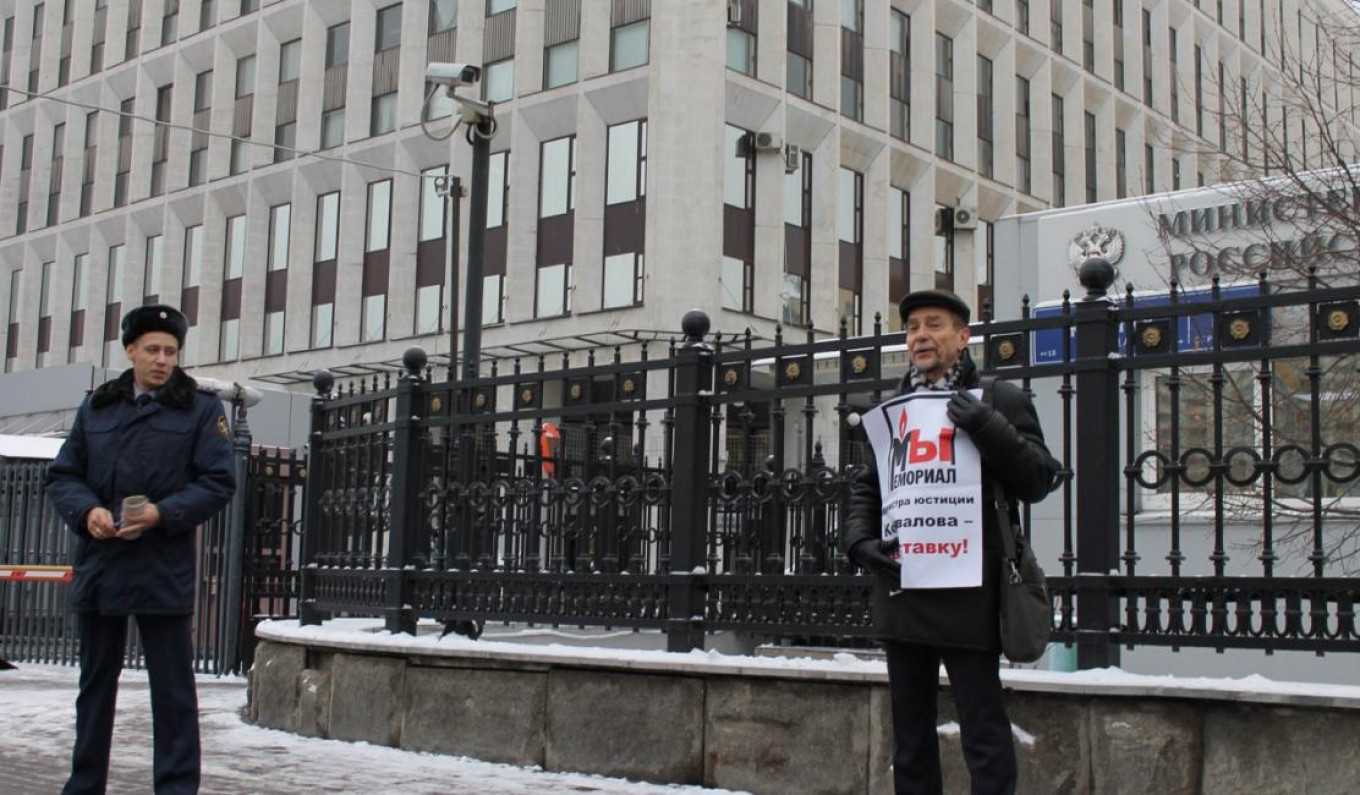 Since the late 1980s, Memorial has engaged in investigations of Soviet political repression. That work is becoming increasingly complicated.

The organization has been repeatedly fined by Russian authorities for violations of the country’s so-called foreign agent law. The latest fine was issued on Dec. 9 as Memorial lost a case in Moscow’s Tverskoy District Court.

According to Russian state media watchdog Roskomnadzor, Memorial had failed to add a “foreign agent” label to its website for a project about members of the Soviet secret service. The web portal includes information about members of the NKVD, a predecessor to the KGB, and their engagement in Stalin-era repressions.

Representatives of the Federal Security Service (FSB) had filed complaints about the project portal, Memorial says.

The “foreign agent” label is considered highly discrediting for organizations and significantly disrupts their daily operations and finances.

Memorial has added the label on its front page.

The organization’s lawyer Tamilla Imanova asked the court to reduce the fine, arguing that the violation inflicts insignificant harm on society. That request was rejected by the court, the 7×7 news website reported.

Memorial was added to the “foreign agent” list in 2013 following an inspection by the prosecutor general. The law that was adopted by Russian legislators in 2012 allows any organization that receives funding from abroad and involves in so-called political activity to be labeled as a “foreign agent.”

Memorial has over the years been divided into several units and regional organizations. Among them has been the Memorial human rights commission in the republic of Komi. That regional organization was however closed in late 2019, four years after it was put on the foreign agent list, 7×7 reported.

In the republic of Karelia, located along the Finnish border, pressure against regional members of Memorial has increased. In December 2016, police arrested Yuri Dmitriev, the region’s Memorial leader, for allegedly having made pornographic pictures of his adopted daughter. On April 5, 2018, the Petrozavodsk court acquitted him. Then, on July 14, the Karelian court canceled this decision, and all cases against Dmitriev are now combined into one. He remains behind bars in Petrozavodsk.