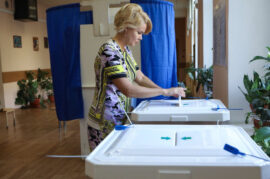 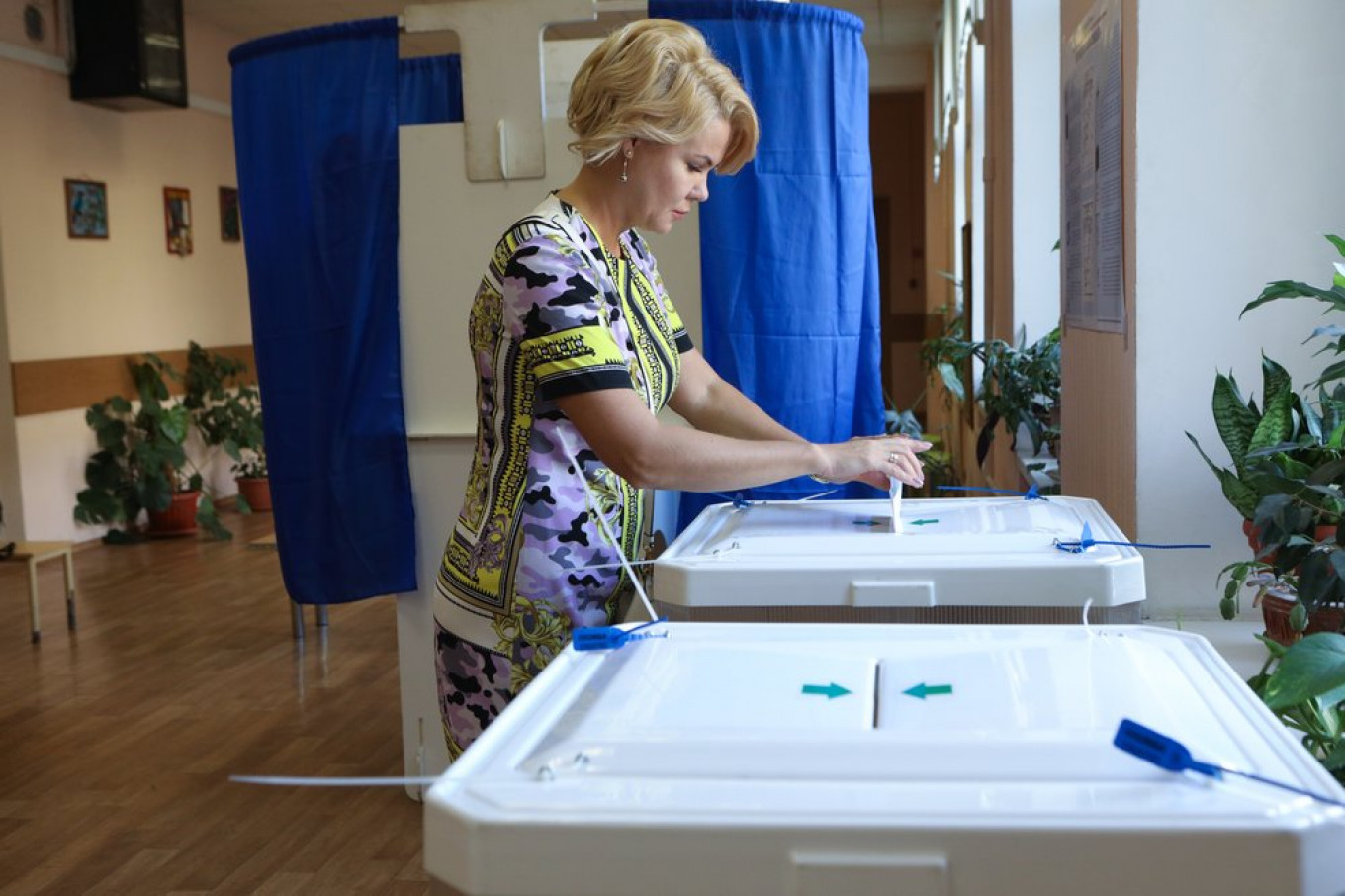 Russians are heading to the polls through Sunday to elect new regional and city leadership.

In a year that has seen a global pandemic, weeks of anti-Kremlin protests in the Far East and historically low approval ratings for President Vladimir Putin, the vote is set to be a key test for the country’s pro-Putin ruling party, United Russia.

The Moscow Times spoke to political experts about what to expect from the three-day vote:

What is at stake?

The vote will test United Russia’s resilience against the one-two punch of Putin’s falling ratings and an economy battered by the oil crisis and the pandemic. The results — which independent monitoring groups warn will be tarnished by widespread voter fraud — could serve as a bellwether for the 2021 elections into the State Duma, Russia’s lower house of parliament.

Putin foe Alexei Navalny has touted his “Smart Voting” tactic of rallying behind the single most viable candidate to unseat a United Russia incumbent. Navalny’s allies link “Smart Voting” with his poisoning on Aug. 20 with what Germany says was nerve agent Novichok, as he had been touring to promote the strategy when he fell ill. Independent polling has said that the share of respondents willing to vote for United Russia has grown from just under 30% in the past two years to just over 31% this summer (the party still controls a majority of Duma seats). But Navalny’s poisoning could also negatively affect United Russia’s results.

The effect of protests in Khabarovsk, a Far East region rocked by two months of protests over the arrest of its popular governor, could expand into the 2020 voting regions. Analysts anticipate that continuing anti-government rallies in Khabarovsk and in Russia’s ex-Soviet neighbor Belarus could produce “unpleasant surprises” for the Kremlin at the ballot box.

This is the second time Russians are going to the polls in the midst of the still-raging coronavirus crisis. In late June, Russians voted in favor of a package of constitutional changes which includes a clause that allows Putin to stay in power until 2036. Since then, Putin’s ratings have recovered from a historic low recorded at the height of the coronavirus pandemic. Still, a survey conducted by Western academics has said that Putin may have lost up to 20% of his supporters who viewed the plebiscite as a surrender of another democratic institution. Other respondents willing to abandon Putin were those dissatisfied with his handling of the coronavirus pandemic and those who have lost jobs because of the crisis.

Arguably the most interesting gubernatorial race will be that of the Irkutsk region, where experts say the Kremlin-backed incumbent Igor Kobzev faces a serious challenge against former FSB officer and communist Mikhail Shchapov.

The region’s former governor, communist Sergei Levchenko, resigned in 2019, reportedly under pressure from the Kremlin. Levchenko was replaced by former federal deputy minister Kobzev, a politician with no formal connection to Irkutsk.

Analysts have compared the situation in Irkutsk to that seen in Russia’s Far-East city of Khabarovsk, where protests broke out after popular local governor Sergei Furgal — who defeated a Kremlin-backed candidate in 2018 — was arrested this summer.

Nikolai Petrov, a fellow at Chatham House, anticipates some sort of local discontent if the Kremlin-backed candidate Kobzev comes on top on Sunday, pointing to the fact that Irkutsk’s protests in support of Furgal were larger than those in Moscow or St. Petersburg.

“Expect Irkutsk inhabitants to protest against this kind of brutal interference in their affairs,” Petrov told The Moscow Times.

Overall discontent with the Kremlin party has been brewing in the Irkutsk region for its response to the floods last summer that left many homeless. The region also had one of the highest vote shares in the country against Putin’s summer referendum to reform the Constitution of Russia (34%)

Republic of Komi and Arkhangelsk region

United Russia has been losing popularity in these northwestern regions over plans to construct a landfill in Arkhangelsk that would ship 10.5 million tons of garbage per year from Moscow to the north over the next 20 years. Both regions have seen thousands take the street to voice their anger with the plan in unprecedented protests.

Komi’s former head, United Russia governor Sergei Gaplikov, resigned this summer after the region became a hotspot of Russia’s coronavirus crisis. He was replaced with one of his medical advisers, Vladimir Uyba. Uyba has since appeared to have gotten the pandemic under control and has distanced himself from the landfill plans.

In Arkhangelsk, United Russia gubernatorial candidate Alexander Tsibulskiy will face off against Irina Chirkova, a former State Duma deputy from the far-right LDPR party. She is now running as part of moderate-left State Duma party A Just Russia. Chirkova has been gaining popularity by attending and organizing anti-landfill protests. Another anti-landfill candidate, environmental activist Oleg Mandrykin, was excluded from the ballot despite reportedly gaining enough signatures to run.

Andrei Pertsev, a journalist with the Meduza news website who specializes in the regions, says that while both Kremlin-backed candidates Uyba and Tsibulskiy have publicly backed away from potential landfill construction in their regions, it might not be enough to sway the population to vote in favor of the increasingly unpopular United Russia.

The incumbent President of Tatarstan — as the head of the republic is called as part of a special agreement with Moscow — Rustam Minnikhanov won 95% of the vote in 2015 in a region known for delivering strong pro-Kremlin election results and where allegations of vote-rigging are prevalent. Nobody expects Minnikhanov to fall short, although recent developments could influence the level of his genuine support.

Based on mortality statistics, hospital admissions and antibody testing, Tatarstan appears to have been one of the worst affected by the coronavirus pandemic in Russia, but has reported only a handful of official deaths in what analysts say is widespread data falsification. And just days before the vote, Navalny’s Anti-Corruption Foundation published an investigation into Minnikhanov’s supposedly hidden wealth, alleging his family owns a 3.5 billion ruble ($46 million) property empire including luxury apartments in France and Dubai.

After a local issue — the preservation of Kushtau hill, a sacred limestone mountain being developed for mining — made headlines weeks ago, eyes are on the region again as voters elect members of the Ishimbaysky district’s Deputy Council.

The Council was expected to satisfy one of the key points of negotiations between local authorities and Kushtau activists by dismissing district head Azamat Abdrakhmanov, who is allegedly responsible for an attack on protesters. Incumbent deputies, however, only gave Abdrakhmanov a behavioral warning, provoking a public outcry.

While hopes for the election among the Kushtau activists are high, choices are limited after all Communist Party members unexpectedly withdrew from the race earlier in the week. The local Idel.Realii news website cited sources as saying they believe that only Abdrakhmanov-aligned deputies will be allowed to join the council, risking fresh protests in the region.

Russia’s third-largest city looks set to be a key barometer of how the reaction to the poisoning of Navanly is playing out across the country, as well as his campaign’s efforts to solidify anti-regime votes in local elections. In a region with a history of protest votes, opposition groups have formed a unified “Novosibirsk 2020” coalition to fight for city council seats against both United Russia and the Communist Party, which controls city hall. That’s a step up from Navalny’s broader “Smart Voting” strategy employed at last year’s Moscow City Council elections which resulted in the Communists scooping a handful of seats from United Russia.

In Novosibirsk — unlike in Moscow — the coalition managed to get independent candidates on the ticket in 40 out of 50 races despite serious efforts to frustrate their registration and ongoing intimidation, including a chemical attack in their headquarters earlier this week.

Pertsev believes Novosibirsk is the most likely place to see protests if there are clear signs of vote-rigging in favor of the Kremlin-backed candidate.

The student-heavy city where Navalny was visiting just before he fell ill from a suspected Novichok poisoning is another place where genuine opposition candidates backed by the 44 year-old’s campaign could make a breakthrough. Navalny has a “wide support base” in Tomsk — which is one of Russia’s more restive cities — says Petrov, and electoral dynamics could also prove helpful.

“Although United Russia holds 32 of the 37 seats, Navalny’s team is counting on winning the election,” Petrov added, citing a crowded field with more than 150 candidates and a number of single-mandate constituencies as boosting the chances of Navalny-backed contenders coming out on top.